Suikoden 25th Anniversary Symphonic Concert To Be An Online Performance 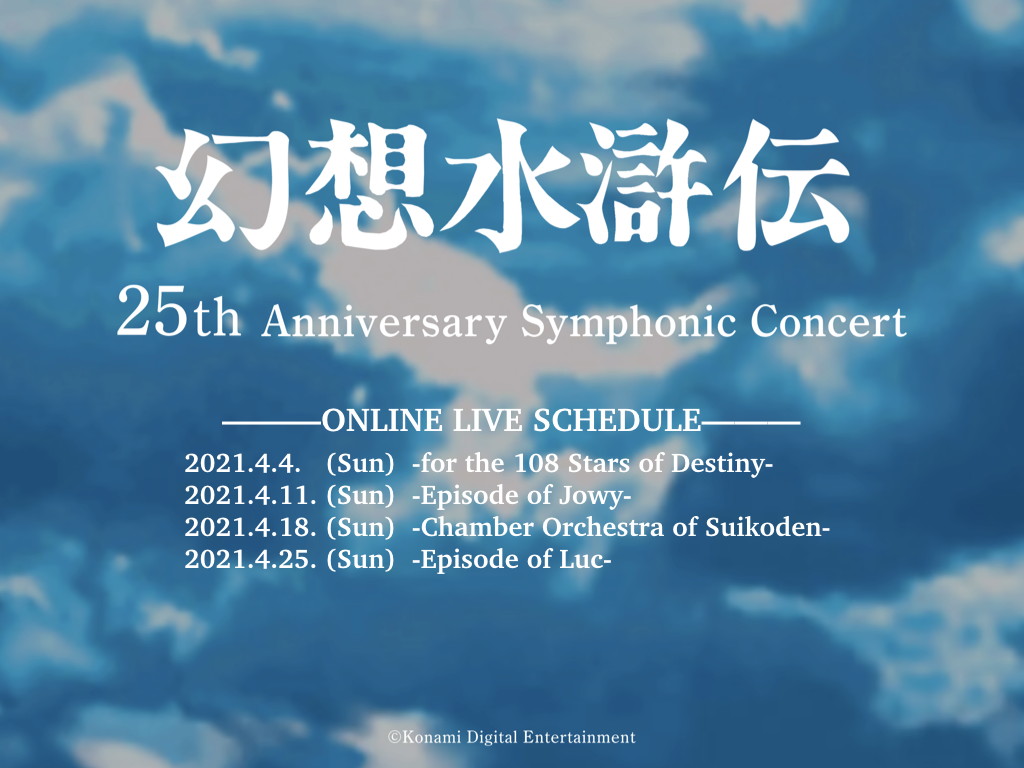 108 Stars of Destiny, assemble! The Japan Game Music Orchestra (JAGMO) is celebrating the 25th anniversary of the Suikoden franchise with an online concert this April.

The concert will be livestreamed via Thumva and feature music from across the franchise’s history. Each Sunday of April will feature a different session highlighting key characters, with specifics outlined below.

Concert sessions will begin at 8:30 PM JST (7:30 AM EST) and ticket holders will also be able to access archived versions up to two weeks after the original streams. Please note that the concerts are not officially available to viewers outside Japan, nor will the livestream work on tablet devices. Thumva streams must be accessed via Chrome on desktop, or with their app on Android and iOS phone devices. And now a word from our sponsor, NordVP– oh, we don’t have a sponsor? Huh. How about that.