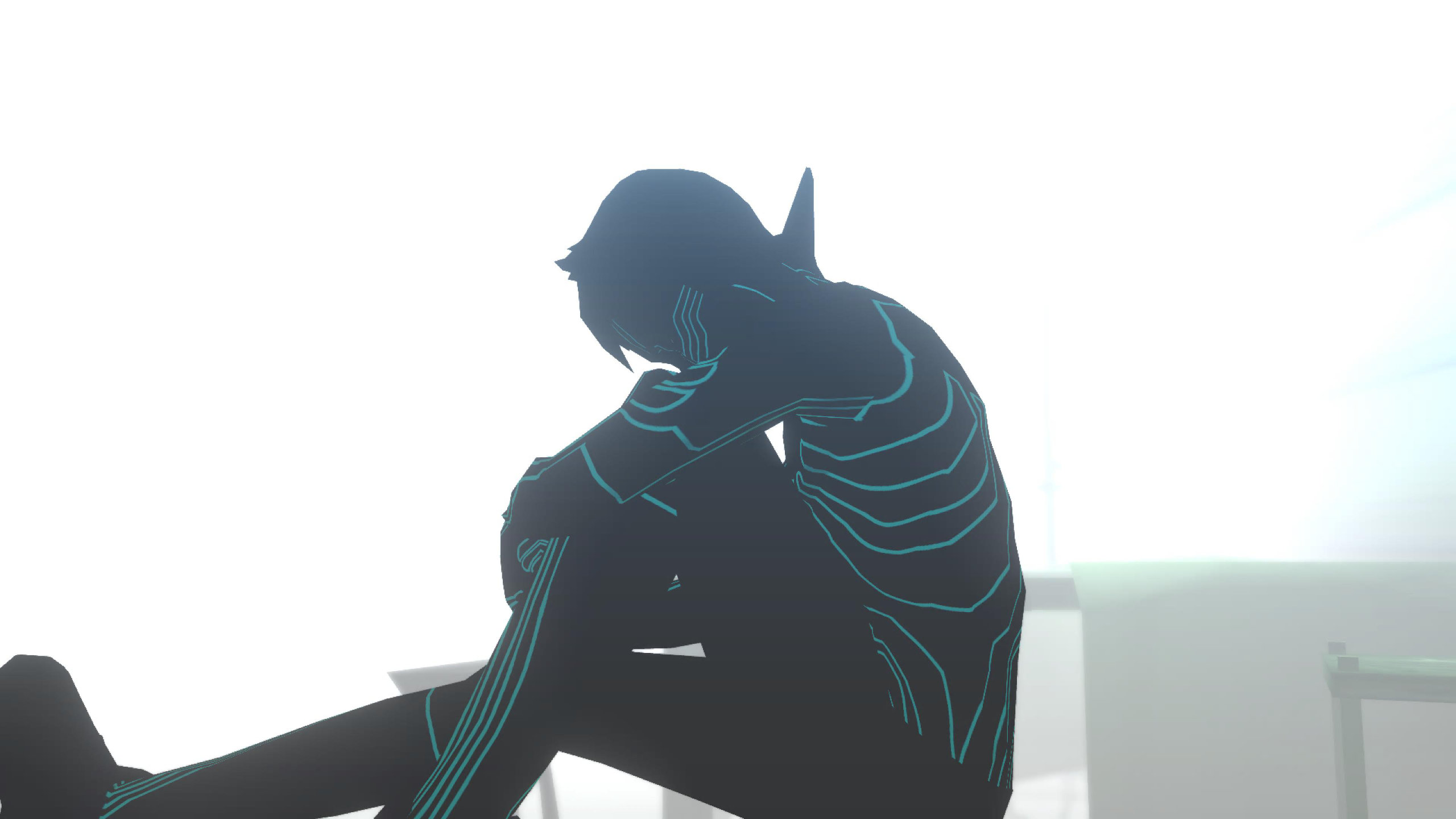 Shin Megami Tensei is one of gaming’s longest-running RPG series, and its third entry, subtitled ominously as Nocturne, is undoubtedly a fan favourite. With an upcoming HD Remaster, Shin Megami Tensei III: Nocturne has a chance to revitalize interest and bring in new fans to the mainline series before the release of Shin Megami Tensei V.

Nocturne rightly takes its time to set the stage. For nearly an hour, you find no combat at all, instead taking on the role of a seemingly regular high school student going to visit his teacher at the hospital with his classmates. Soon, however, you learn something is off in Tokyo. On your way to the hospital, a train station attendant mentions that a riot in the park led to several deaths. Upon visiting the park, an occult reporter, Hijiri, reveals the riot may be the result of a hidden war between doomsday cults. You find the hospital itself bereft of patients and staff — a situation that feels more sinister when your classmates Chiaki and Isamu share rumours of the hospital’s connection to the cults and possible human experimentation. In the hospital basement, you find rooms full of blood and arcane symbols. Here, you have a run-in with the leader of one of the cults, Hikawa, only to be saved when your teacher Yuko appears. As any responsible teacher would, Yuko takes you to the rooftop to witness the end of the world and the birth of a new one, an event known as the ‘Conception.’ This new world, overrun by demons and the lost souls of humanity, is the world in which the main character sets out to discover themselves.

Following the Conception, a mysterious boy offers you a ‘gift’: your first magatama, a bug-like creature. When ingested, it turns you into the half-demon creature known as the ‘Demi-Fiend.’ This isn’t just a plot-beat; magatama you collect throughout the game are the main way to shape your own Demi-Fiend’s powers. Which magatama you ingest not only alters your base stats and elemental strengths and weaknesses, but also affects which skills you learn upon leveling up. Further adding to the Demi-Fiend’s customizability, upon each level up you must assign a stat point to one of their main stats. In the beginning sections of the game, this likely means the difference of a skill or two. In the long run, you can shape your Demi-Fiend into a straight-up bruiser, a creator of magical mayhem, a party cheerleader without equal, or anything in-between.

Shin Megami Tensei III: Nocturne HD Remaster features random battles, but a compass in the bottom right of the UI flashes from blue to yellow to eventually red before you enter a battle, so you can prepare yourself. Once you encounter a demon, you are introduced to the ‘Press Turn’ system, a battle system shared by the mainline Shin Megami Tensei series and many of its spin-offs. If you are familiar with Persona’s “One More” system, you can think of Press Turn as a much more granular version of it. With Press Turn, you are rewarded with extra turns for targeting enemy weaknesses or scoring critical hits, but are punished by losing turns for missing attacks or targeting enemies with attacks they are strong against. The same holds true for your enemies during their turns. Unlike in Persona, these additional or lost turns are for your entire party, so the extra turn you gain goes to the next party member in line, not the character who targeted the weakness. It gets a bit more complex as technically there are half and full turns, and different results can lose or gain different amounts of turns. For example, if your attack is repelled or absorbed, you lose all remaining turns for the round (devastating when it happens to you, but exhilarating when it happens to a boss). On the other hand, if your attack is nullified or dodged, you only lose two half-turns.

Of course, sometimes you don’t want to destroy your enemies. If you would rather strike up a conversation, Nocturne has you covered. Unlike a Persona game, with a playable cast composed of other humans who use their Personas to fight, Nocturne tasks you with recruiting and fusing demons to act as your party directly. In battle, you and your current demons can talk to enemy demons and attempt to negotiate for items, money, or their loyalty. This usually includes offering them something of your own, or sometimes responding to deep (or frivolous) questions to which they expect the perfect answer. Once a demon has joined you, they can be dismissed from or summoned into your party both in and out of battle, to a maximum of four party members at once, including your Demi-Fiend. Further, you can utilize a facility known as the ‘Cathedral of Shadows’ to fuse demons you have recruited. As leveling up demons is an excruciatingly slow process, fusing two demons into a new, higher-level demon is the way to go, so don’t get too attached to any single demon.

Shin Megami Tensei III: Nocturne HD Remaster upgrades the textures and backgrounds to beautiful HD, but the updates and changes extend past a simple port. For starters, the localization has been updated and now includes more language options (in addition to English and Japanese, French, Spanish, Italian, German Traditional Chinese, and Korean are also available). The English localization updates names, substantially smooths out the dialogue, and adds more flair to the characters, which pairs well with the first-time inclusion of English and Japanese voiceovers. The game also includes a new Merciful (easy) difficulty mode. The difficulty can be switched at any time, which is a welcome addition of accessibility for a series often known for being challenging.

A nice touch is that the HD Remaster restores the cameo of Raidou Kuzunoha (the main character of two SMT spin-offs for the PS2) from the original Japanese release of Nocturne. Raidou replaces Dante of Capcom’s Devil May Cry series, who was included in the North American, European, and Japanese Director’s Cut versions of the game. For DMC fans, a paid DLC option adds Dante back into the game instead. While clearly all players would prefer to have the option for free, it is nice to still have the option to pull your devil trigger.

Even within the initial couple hours of Nocturne, it is easy to remember why it is a beloved classic, and the HD Remaster is shaping up to be the definitive way to play it. Shin Megami Tensei III: Nocturne HD Remaster arrives on Switch, PS4, and Steam, May 25, 2021 (May 21 for the digital deluxe edition).