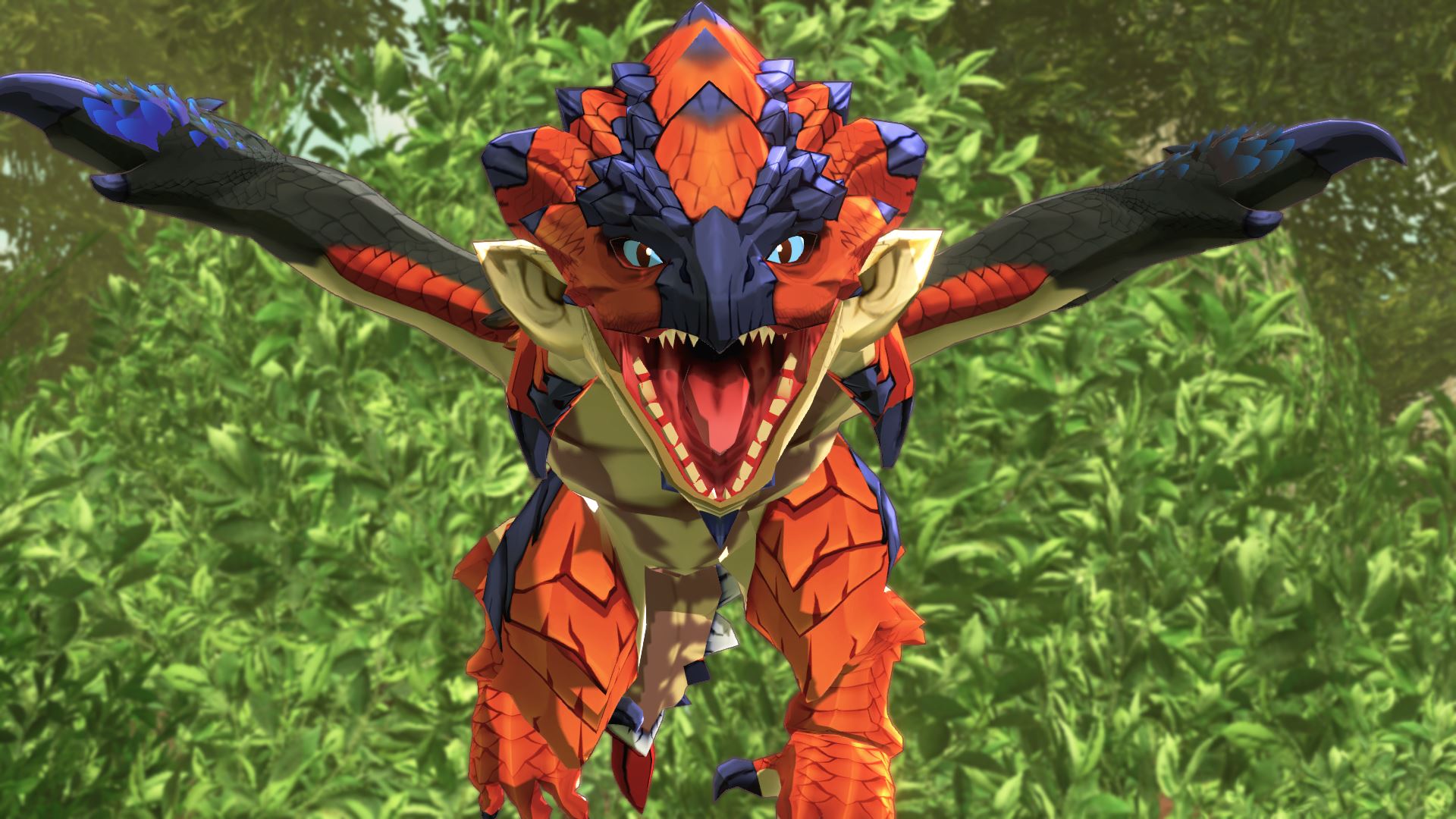 It’s a good time to be a Monster Hunter.

The trailer opens with the birth of an adorable, albeit flightless, Rathalos. As someone who neither grew up with Monster Hunter nor had felt any real degree of interest in it until recently, my heart still skips a beat seeing such a cutie clawing out of his shell. (Yes, I know what a full-grown Rathalos is capable of, if admittedly through secondhand tales alone.)

In Monster Hunter Stories 2, you’ll take on the role of a “Monster Rider,” which, if I’m being honest, sounds like a cooler gig than hunting. Even I could throw a spear at a monster if my life depended on it — I’m not saying I’d live, but I could definitely throw a spear before dying — but riding a monster is just downright fashionable.

Characters Lilia and Reverto will return from the original Monster Hunter Stories, a little older, a little wiser, and not exactly your friends at the outset. Your little buddy, Razewing Ratha, might bring about a great calamity if allowed to mature into a big, scary Rathalos. (Hence the title, “Wings of Ruin.“) Complicating things, bloodthirsty Hunters and Riders have joined forces to stake their own claim on the poor baby.

Turn-based combat makes its welcome return in Monster Hunter Stories 2, with three distinct attack types: Power, Speed, and Technical. As you might expect, battle commands intermingle with franchise staples like elemental attributes and those all-important weapon types. Coolest of all, there’s genuine kinship in Wings of Ruin, and not solely because the hero can use a mysterious “Kinship Stone.” Well, all right, technically that’s exactly why. By forging bonds with various monsties (the Stories games delight in this cuter term for friendlier beasties), you’ll be better-equipped to handle a multitude of life-or-death situations.

In addition to all this Monster Hunter Stories 2 goodness, Capcom’s digital event also graced us with an extended look at Monster Hunter Rise‘s “Version 2.0”, available now. Featuring the big-yikes introductions of Apex Diablos and Apex Rathalos, as well as the trio of draconian terror known as Kushala Daora, Teostra, and Chamelos, it’s as if Version 2.0 is screaming, “we know you’re here to drink coffee at three in the morning, desperate to finally beat the seemingly unbeatable. This next round’s on us.”

Version 2.0 is no doubt just the beginning of a long line of content updates for Monster Hunter Rise, including Version 3.0. Toward the end of the day’s event, Capcom announced that the next big thing will arrive sometime around the end of May. 3.0 won’t just toss even more monsters at us; it’s also going to beef up the game’s admittedly anticlimactic story with further missions and a real ending.

Monster Hunter Rise will remain a hot-ticket item for the foreseeable future, and we here at RPGFan will keep you apprised as it continually expands. Monster Hunter Stories 2: Wings of Ruin, meanwhile, is every bit the kind of older-school role-playing game so many of us here crave, so you can be certain we’ll have plenty more to say once the game releases on July 9th.