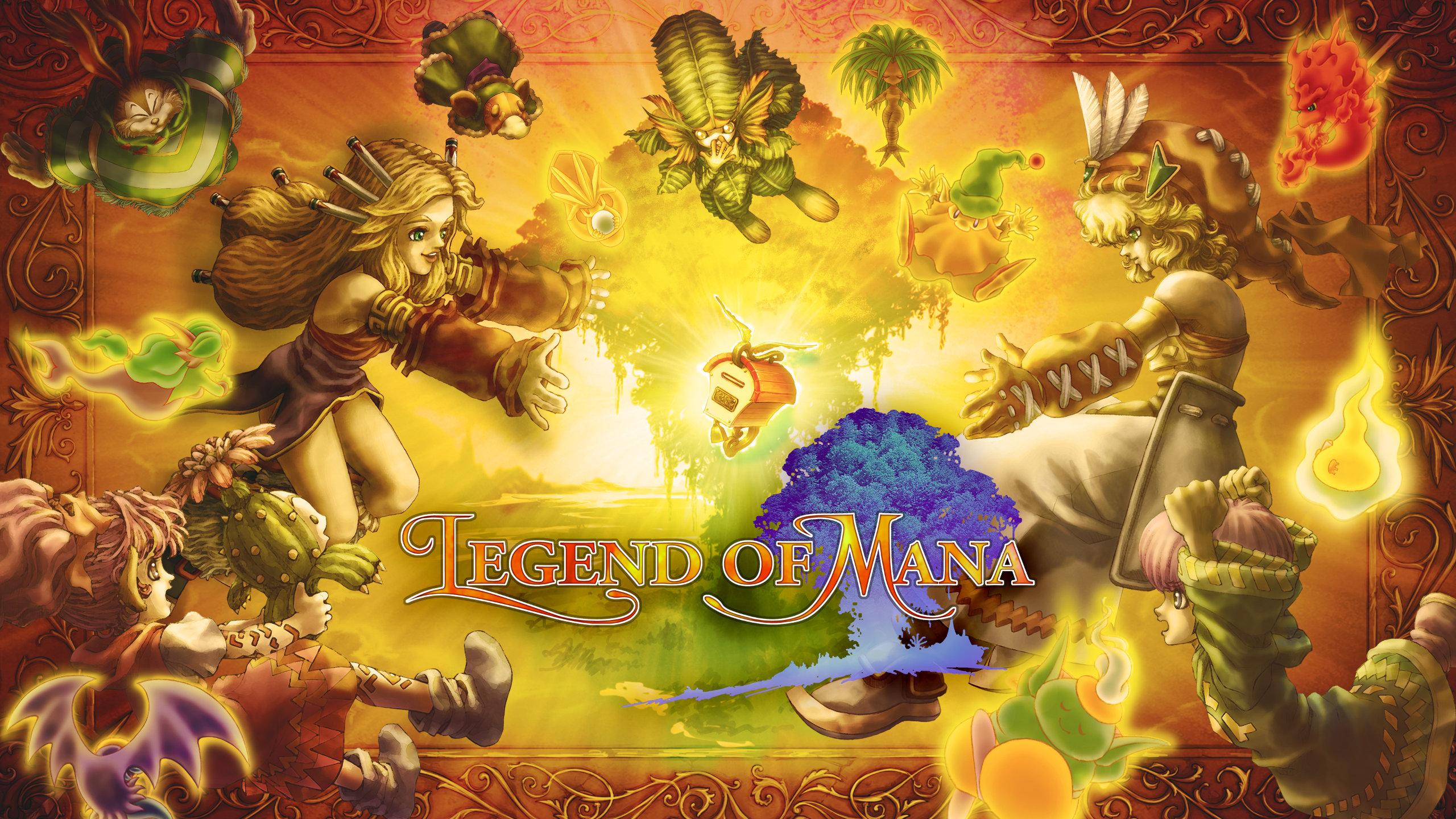 The remastered version of Legend of Mana is less than a month away! Square Enix shared a selection of new screenshots and artwork along with the pre-order bonus announcements.

Legend of Mana is a remaster of the beloved PlayStation original with high-resolution graphics, redrawn backgrounds, updated UI, and an updated soundtrack. Ahead of the game’s release, Square Enix shared some additional details about the story and gameplay in a press release.

In The Escad Story Arc, players will follow four childhood friends – Escad, Daena, Matilda and Irwin – through the span of their friendships and encounter their conflicting motives in the wake of the Faerie Wars that took place over a decade prior. Additionally, players will join Larc, dragoon of Drakonis in The Dragon Killer Arc as he embarks on a mission to slay the Dragons of Knowledge as well as challenging another dragon, named Sierra.

As players progress through the game, they will also be able to access the orchard in the secluded dell which is inhabited by Trent – an ancient tree who can grow fruits and vegetables used to feed pets, paint golems or alter equipment.

Further details on the remastered visual content revealed for Legend of Mana include:

Pre-orders are available now on Nintendo Switch, PlayStation 4, and Steam. PlayStation 4 players who purchase before June 23rd will receive a digital pre-order bonus of a custom Legend of Mana theme and ten avatars. Pre-ordering on Steam earns you a Legend of Mana wallpaper.

The wait for this remaster is almost over. Legend of Mana launches on Nintendo Switch, PlayStation 4, and Steam on June 24th, 2021 for $29.99 USD.