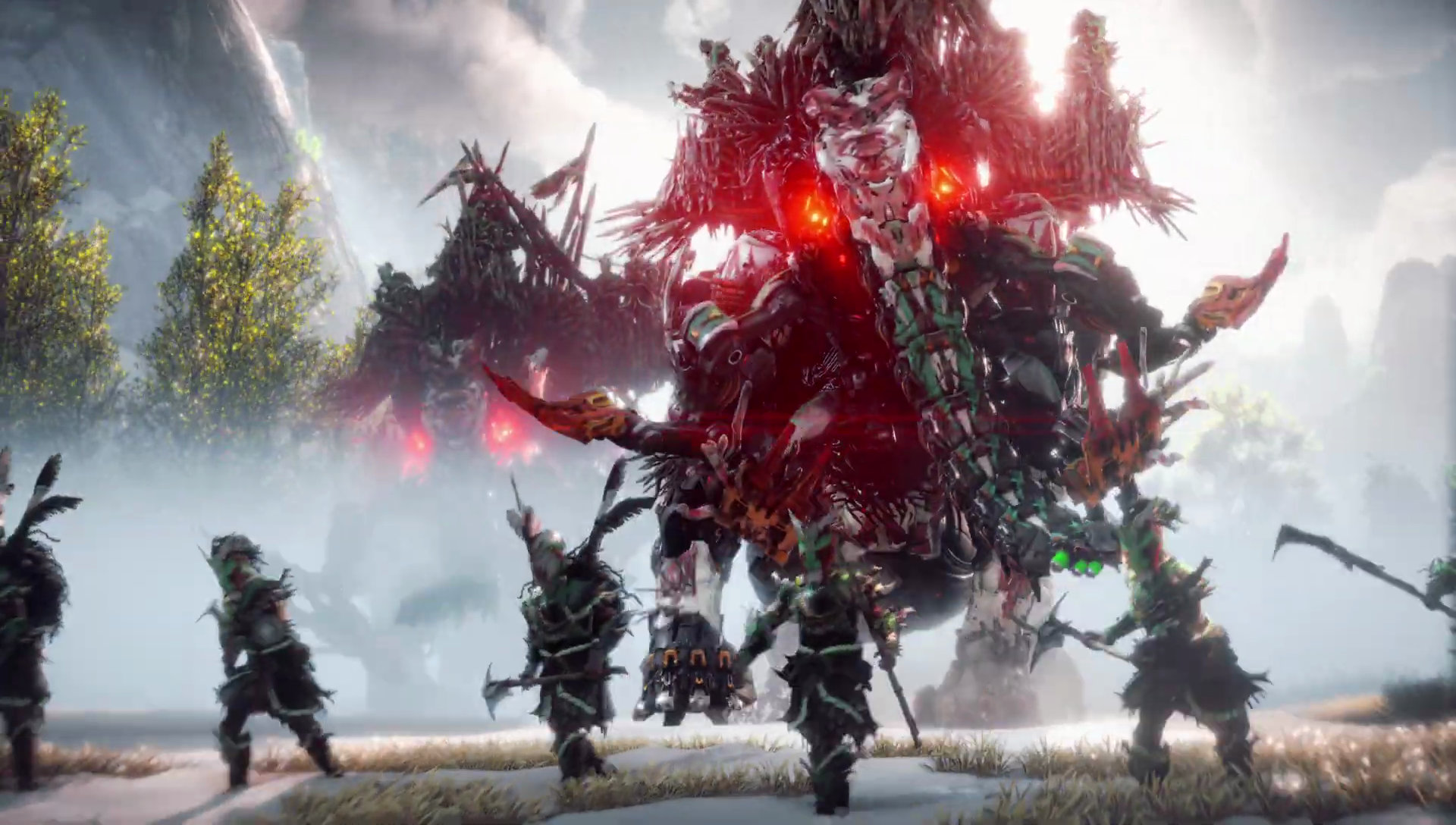 Aloy is back to take on mechanical dinosaurs and more! During Sony’s State of Play event on May 27th, Game Director Mathijs de Jonge introduced a 14-minute gameplay trailer for Horizon Forbidden West. From beautiful underwater vistas to robot woolly mammoths, there’s much to love in this new PlayStation 5 footage.

Check out the new frontier in the full State of Play gameplay reveal below:

In Horizon Forbidden West, Aloy journeys to San Francisco in order to solve the impending red blight that threatens the remaining life on Earth. She goes against both vicious mechanical enemies — technological remnants of the world a thousand years ago — and the raiders of a rival tribe. Worse, the tribe has also discovered the means to override these mechanical monsters and manipulate them to their will.

Jonge goes on to describe the combat, emphasizing strategy and player choice. The spear allows for a variety of maneuvers up close, such as powerful Valor Surge attacks. Long-range, you have adhesive slingshots, a rocket launcher with spikes, a smoke bomb to escape detection, and even weapons shot off of other machines. And of course, just as in the first game, you can hijack a variety of mechanical enemies to use as mounts.

Horizon Forbidden West is expected to release sometime this year for PlayStation 4 and PlayStation 5. While you are waiting for a release date, check out our review for the previous game, Horizon Zero Dawn! Stay tuned to RPGFan as we learn more about Aloy’s next big adventure!