Horizon is a truly special experience, and it's one that even non-RPG lovers need to have. 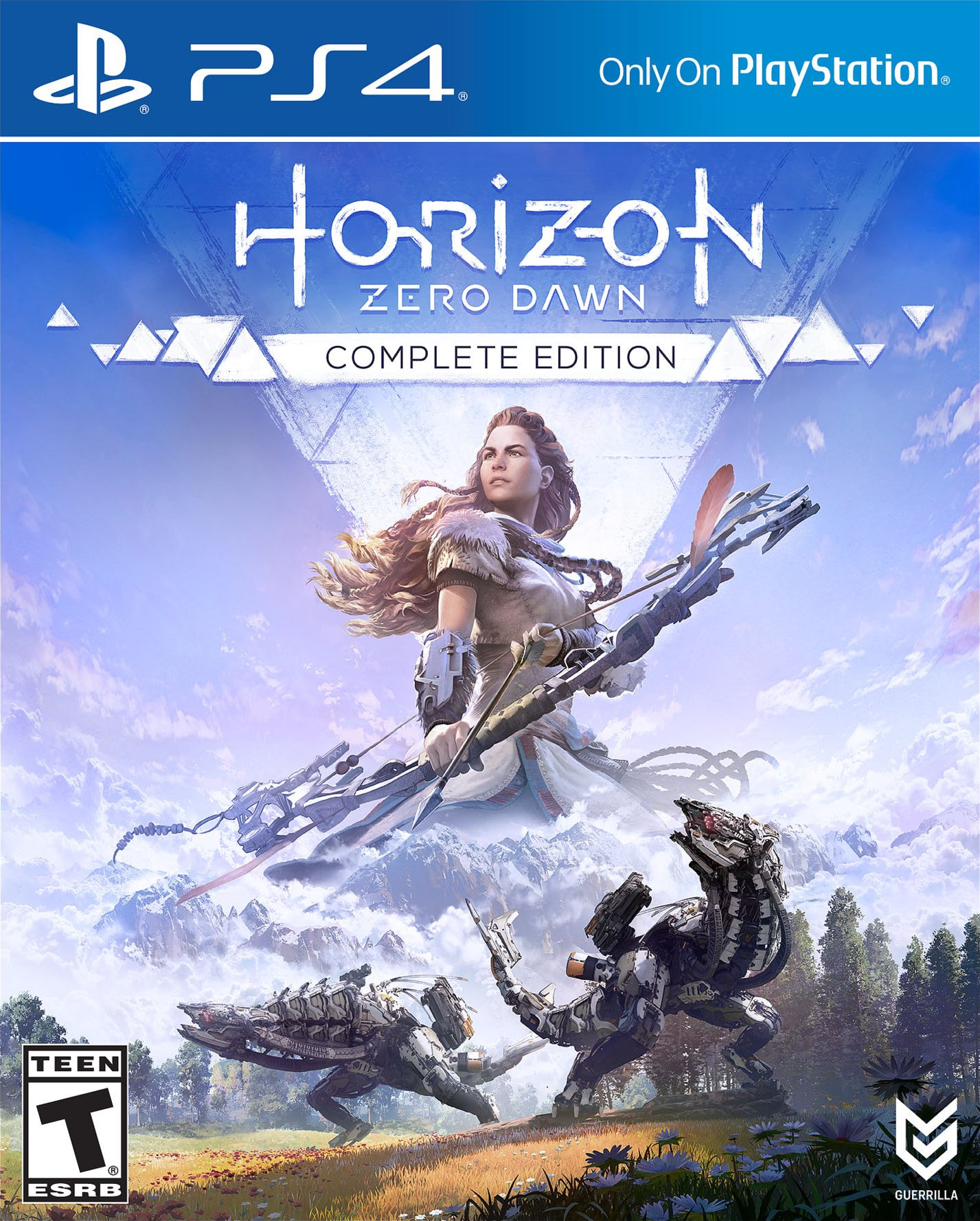 As I’ve grown older, I’ve noticed that one of the most important things a person can have in their life is hope. Hope is more than just an emotion— it’s a drive. Hope drives you to move forward to whatever your ultimate goal is. When you are able to find hope, it ends up becoming something that feels almost tangible; it feels like you’re able to hold on to it and never want to let go.

But there are times when hope seems pointless. There are times where it feels as if chasing hope is the same as chasing after a pipe dream, and times when hope seems impossible to ever reach. When you’re in a situation that almost forces you to give it up, how do you hold on to hope? How do you let it drive you to move forward when it feels like you’re never going to get anywhere? These are questions that I feel ultimately make up the core of Horizon Zero Dawn, Sony’s newest IP from developer Guerrilla Games. It’s set in a far future, after a time when machines began to ravage the world. But to call it a typical post-apocalyptic tale wouldn’t be fair; Horizon is post-post-apocalyptic, taking place long after the initial event that threatened all life on Earth occurred. In this time, humanity has gone back to its roots and left its dependence on technology behind. In a refreshing twist on the post-apocalyptic genre, the story focuses on generations of people who have no knowledge of what life used to be like before the apocalypse.

Because of this, the game’s central mystery is how the machines came to be and what happened to cause the apocalypse in the first place. As Aloy, an outcast of the tribe called Nora, you’ll slowly find the answer to these questions and more. I was surprised by how invested I was in Horizon’s plot. I can’t divulge much information without getting into spoiler territory, but I can safely say that it’s very well written and keeps you engaged right up until the emotionally satisfying ending.

Part of what makes the plot so great is its memorable and well-written cast, though I found the strongest writing to lie with Aloy herself. She has a consistent character arc throughout the course of the narrative and the writers did an excellent job making sure she grows and matures in a way that feels organic.

In terms of gameplay, Horizon plays like a mixture of the Tomb Raider reboot series and The Witcher 3, with a dash of Monster Hunter. Combat is primarily focused on using your bow, though you do eventually get new toys, such as a sling that launches bombs or a device that ties down machines with ropes. As you progress through the game, more powerful versions of these weapons can be purchased, provided you have enough shards (the in-game currency that is also a major crafting component for ammunition) and resources (such as the heart of a specific machine).

This is where the addictive nature of Horizon’s core gameplay starts to come to the surface. The game has an absolutely genius mechanic that allows you to create a “job” to find specific materials that you need to buy or craft something. Essentially, you create your own quest that points you in the direction you need to go in order to get what you need; if I need the heart of a Watcher to complete something, for example, then I can set the job as my active quest and the marker will lead me to where the nearest pack of the raptor-like machines currently are. From there, it’s a matter of hunting and hoping that I score the rare item.

And I cannot emphasize “hunting” enough. Save for boss fights, you don’t actively fight the machines like you would enemies in a typical action RPG. Horizon is all about being stealthy and striking down your prey in the smartest way possible. Aloy’s Focus device functions similarly to Geralt’s Witcher Senses, and she can use it to tag targets, highlight the path they take, see which of their parts can be torn off, and learn about their elemental weaknesses.

Maybe the best way to take down a machine is to invest your skill points into an ability that lets you strike when you’re unnoticed, and so you whistle to lure the Watcher close enough to you so you can make your move. Maybe you wait for the right opening where a Watcher’s weak point — its glowing blue eye — can be destroyed instantly by one clean shot from your bow. Or maybe you decide to place an electrified tripwire in its path. Whatever method you choose, Horizon makes sure you feel like a cunning huntress when you successfully take down your prey.

When you’re not hunting for materials, you’re either engaging in numerous side quests and errands or exploring the world. There’s a fair amount to do in Horizon: there are bandit camps to take down, gigantic beasts known as Tallnecks to climb and hack so you can uncover more information about the section of the map they reside in, and my personal favorite, Cauldrons to explore. Cauldrons are Horizon’s version of dungeons. They typically last around 20-30 minutes or so, and completing them results in the ability to hack a new batch of machines, which allows you to turn them into your battle allies or sometimes even a mount. Cauldrons become essential to complete, especially in the end game.

For as much as Horizon gets right, it also gets some things wrong. There’s a big elephant in the room that we need to address. Horizon Zero Dawn has been criticized by some Native American writers for how the game does things like enforce negative connotations with usage of certain words. As Native American writer Dia Lacina wrote in her essay, “What We Talk About, When We Don’t Talk About Natives,” “Horizon: Zero Dawn has been described as taking place in a world ‘where life has seemingly reverted to the tribal-like ways of the past’ a phrase that erases how many indigenous peoples still associate as tribal communities and governments, and despite colonialist demands for assimilation, actively live their cultures in much the way they always have.”

I have to admit that there were times when some dialogue caused me to cringe a bit, for reasons that Dia points out. As a non-Native American, I’m hesitant to say if something is truly culturally appropriative, because there’s a difference between sharing cultures and appropriating them, and I’m not exactly sure where the line is drawn in this particular instance. I do feel safe in saying, though, that Horizon highlights an issue in gaming as a whole— lack of agency given to marginalized groups when trying to pull from their culture. This can’t be dismissed as people being overly sensitive; this is an issue of an entire culture’s representation being mishandled. If creators are going to represent a marginalized group, or even aspects of a marginalized group, then they need to consult with them to make sure that things are being handled properly.

Even though it’s not without its issues, Horizon is an excellent title and a must have for all PS4 owners. It offers a refreshing open world environment, a compelling and mysterious story, a fantastic main character, and innovative gameplay. Not only is it one of the best action RPGs I’ve played in a while, it’s also one of the best games I’ve played in a while. Even now, after the credits have rolled, I’m still having a great time trying to fully complete the game. Horizon is a truly special experience, and it’s one that even non-RPG lovers need to have.

Some technical mishaps, repetitive boss fights, and a bad fast-travel mechanic that can sometimes spawn you directly in front of enemies.

Horizon Zero Dawn isn't without its issues, but it's a thoroughly enjoyable game that belongs in every PS4 owner's library.