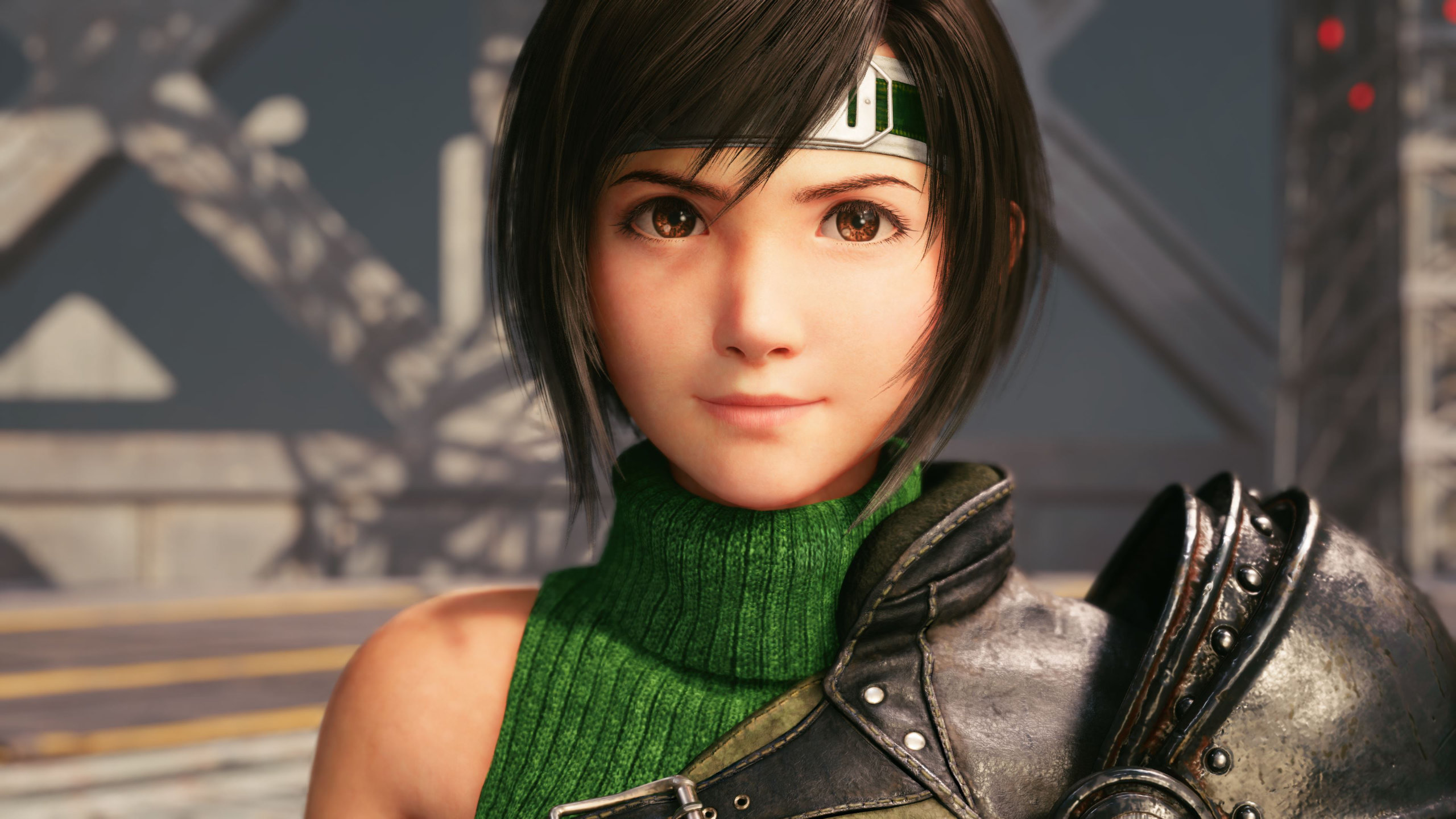 It suddenly hit me today, and it hit me hard, that after decades of E3 excitement as a fan, I’m now on the cusp of “attending” in a media-related fashion for the first time. I say “attending” because it’s an all-digital event, and to be honest with you, I’d barely be able to begin explaining how that will affect proceedings — it’s all so new. For me, for my bosses, for the Entertainment Software Association, for everyone. So maybe it’s not the grand “wow, I’m standing on the showroom floor!” moment I’ve dreamed of, but it’s still pretty cool.

If you’ve been following this column for awhile, you already know that I frequently get things started with fairly random tidbits about my life and then segue into how that has a lick of connectivity with upcoming RPGs. In this case, the connection’s fairly simple: I am stoked to learn more about, well, upcoming RPGs. I can’t wait to share my findings with you all, because us RPG fans are notorious for our passionate rants, aren’t we?

But in the meantime, let’s take a look at this week’s arrivals. As if sensing the impending rush of updates and announcements, publishers have endeavored to get their games out by the dozens this week, so expect a meaty list this go-around!

Backbone combines a few of my favorite things, and it seems to do so splendidly. I enjoy noir-vibe detective stories, dystopian exploration, and… Vancouver. It’s not often I see those three subjects strewn together so seamlessly. Players take on the role of raccoon detective Howard Lotor as he cracks cases and undoubtedly muses on the meaning of life in seedy cities because that’s what private investigators do. It just so happens that the cast of Backbone is composed entirely of anthropomorphic animals, a creative choice on developer EggNut’s part that is sure to keep things nice and lively the whole way through. “You’re not special,” the game’s Steam page states. “You’re not a hero.” It’s a willfully abrasive pitch, but I respectfully beg to differ. You’re a raccoon. Raccoons are special. And I’ll prove it when I save the day as a member of the Procyonidae family of Mammalia on June 8th.

Exiting Early Access after two-and-a-half years within its bounds, Edge of Eternity has a lot riding on it. The aptly named Midgar Studios has long sought to deliver an epic JRPG-style game with all the bells and whistles; over 4,000 people pledged their support on Kickstarter to see it happen. And the JRPG approach is hardly just a claim. Through titanic effort, the developers were able to secure the legendary composer Yasunori Mitsuda himself for the soundtrack. Tactical combat and a level-up system akin to Final Fantasy X‘s Sphere Grid come together with a strikingly Japanese art style and the sort of journey of self-discovery we’ve come to expect from video games with pink-haired people. Edge of Eternity launches its full version bolstered by a slew of positive Early Access reviews, but can it come together in one coherent package? I sure hope so. A PS5 version is scheduled for later this year.

I try to avoid quoting myself (and others) from previous articles too much, but I wrote this little humdinger about Neptunia ReVerse back in December, and I cannot for the life of me think of a better (or worse?) way of introducing the upcoming PS5 game to uninitiated audiences:

This is a pretty big grab for PlayStation 5 owners looking for something that takes full advantage of the state-of-the-art new system’s power in a year increasingly defined by cross-gen titles. Newcomers to Neptunia should brace for a story that is as tongue-in-cheek as JRPG stories can get, but if that suits your tastes and deep gameplay systems are your jam, look no further. Just try not to stare too deeply into the characters’ giant eyes. I worry you may never return from the River Styx.

Then again, who am I kidding? I’ve dabbled in Neptunia from time to time, but for my money, there’s a much bigger deal in the JRPG world this week, and it’s Final Fantasy VII Remake Intergrade. My world changed forever when, 14 months ago, Square Enix actually went and did the thing; they finally released the first part of what is certain to be an incredible — and maybe destined to be divisive — reimagining of possibly the most popular Japanese RPG the West has ever met. I personally love Remake, though I’ll admit its visuals are strangely uneven. Many scenes have the chef’s kiss of Square Enix Business Division 1’s graphical pride, with realistic character animations and vivid detail. The trouble is, some of those other details aren’t quite so vivid. Backdrops are murky, Aerith’s flower garden is a low-resolution mess, and there’s a rather infamous door in the Sector 7 Slums that’s been mocked to Seventh Heaven and back by the ever-reliable cruel denizens of the World Wide Web. (The poor thing didn’t ask to be a vaguely rectangular grayish blotch.)

Enter Intergrade. It’s a second pass at a brilliant game that showcases the PlayStation 5’s technical capabilities with spruced-up looks, faster load times, and flowers that actually look like flowers. Expect to meet a bearded lightning-elemental old-timer whose absence in the first version was palpably unfortunate, as well as some sort of virtual reality clash with a villain straight out of Compilation of Final Fantasy VII‘s coffers.

I reckon some publications will elect to include coverage of Episode INTERmission with Intergrade, seeing as they’re both PS5-exclusive, Remake-related, shindigs, and I totally get that. But we’d prefer to draw separate attention to this $20 expansion DLC, and not for no reason. For starters, it’s just plain important to emphasize that Episode INTERmission will not be available for PS4. While this is a huge bummer for those who have chosen not to move forward yet — made ten times more painful for the fact that many gamers wish to move forward but cannot yet find a PS5 that isn’t a scalper’s fortune — Square Enix’s stance here is that in order to achieve everything they set out to do with the DLC, it couldn’t be held back by past-gen hardware.

Whether or not that explanation satisfies all those who clamor to experience plucky ninja Yuffie Kisaragi’s grand debut in the Remake universe is a matter of personal accord, but we’ll dutifully report on the DLC regardless. In Episode INTERmission, you’ll take on the role of “Wutai’s #1 treasure hunter” in her quest to obtain a secret and powerful materia from the nefarious Shinra Electric Power Company. Joining her is Sonon, a dragoon-like “older brother” type who also hails from Wutai. The extended cast includes members of rebel organization Avalanche’s main branch, a group heavily alluded to but seldom seen in the main game.

PS4 owners of Final Fantasy VII Remake are eligible to upgrade to Intergrade for free, but Episode INTERmission will need to be purchased separately.

With an isometric gameplay system, a major character lamenting the questionable morality of an employment gig, and overview-style settings that mysteriously fall off the edges of the world, Mercenaries Blaze: Dawn of the Twin Dragons could almost be mistaken for Final Fantasy Tactics.

The game is a PC port of a former Switch exclusive, so I’ll allow my past self to do the talking on this one. But for those of you who are averse to rereading passages written in December 2020, the Mercenaries franchise is a series used to be a Japan-only mobile gig that eventually popped up on 3DS before taking the leap to modern hardware. Going by the esteemed Audra’s review of The False Phoenix, they’re supposedly decent, and I do like that character design a good bit, so maybe go find out why the twin dragon is such a big deal and who had the gall to awaken it at the crack of dawn.

Welcome to Tarren, perilous and cold. Your mission, should you choose to accept it, is to seek fortune in a frozen wasteland by combating undead thralls, cold-blooded lizard people, and wizards with presumably pointy hats. A tactical RPG with a customizable squad of badass warrior types at your command, Shieldwall Chronicles: Sword of the North is out on the Switch eShop this week, specifically on June 10th because apparently June 10th is just the day to release video games. The campaign is said to last for over 50 hours, and the creators have sought to meld real-world Dark Ages history with all the fantasy trappings we’ve come to expect.

I know what you’re thinking. “What did this poor alien do to that man to warrant death by gargantuan blue blade? Surely, the crime must have been severe. Was the alien responsible for titling this new Metroidvania, Inexistence Rebirth? Because if so, I might be inclined to tap it on the shoulder and ask for a five-paragraph explanation, double-spaced with 12″ margins, but it’s not so dire a name that I’d outright kill the poor fellow.

I found out recently, and by recently I mean thirty seconds ago, that Inexistence Rebirth is the Switch port of a Steam game that’s a revamped version of a 2016 game called Inexistence. And while Inexistence Rebirth appears to have enhanced every aspect of its predecessor, from map complexity to weapon variety and more, I must respectfully make it known that the original had a more palatable name. Regardless, if you’re going to grab one or the other make sure it’s the one that’s been evidently reborn. And if you’re grabbing the game for Nintendo Switch, enjoy laying in bed late at night and severing the head of an unsuspecting cute alien. You monster.

What’s caught your eye? Are you due for a return trip to Midgar? Or are you more interested in seeing what happens to Vancouver when the animals have taken over and drawn their cultural inspirations from the 1940s? This certainly ain’t a dry week.

Until next time, friends!