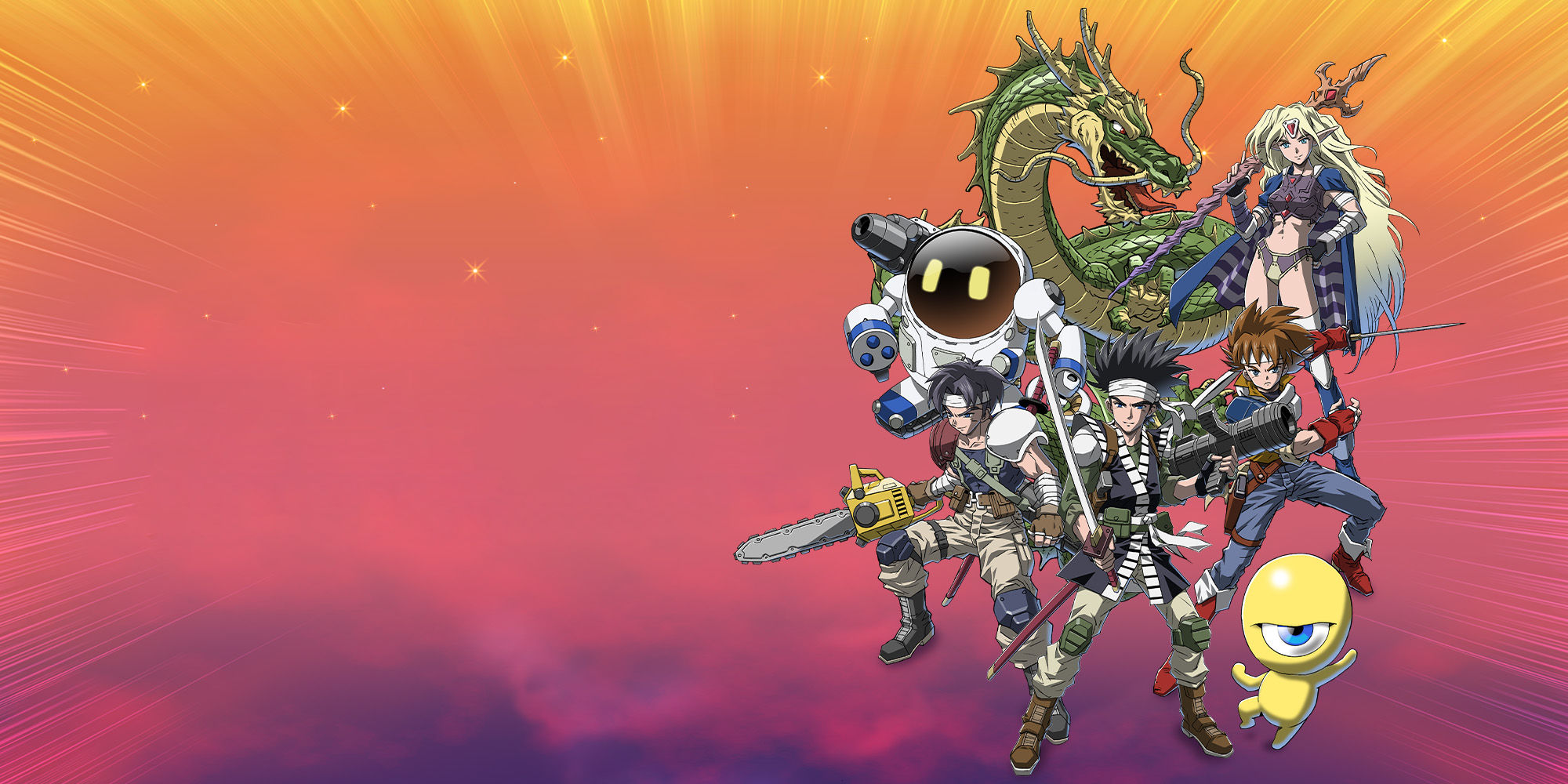 I must say, while 2020 has been a real doozy, there’s been a sudden swarm of cool news this past week for several flavors of nerd. It’s possible the news hasn’t meant much to you; if you’re neither a Star Wars fan nor a Marvel diehard and BioWare teasers don’t do much for you either, then it was just another December 10th in a long line of… well, December 10ths. But if Star Wars: Ahsoka lit a smile on your face, or the Loki trailer made you smirk, or (shameless self-plug?) that incredible next Mass Effect announcement left you wide-eyed? Good stuff all-around. Oh yeah, and have you heard? Cyberpunk 2077 is finally out. I think it’s selling OK, too.

But we live in the Information Age. Just as RPGFan cannot thrive without providing you the latest in role-playing news, modern society cannot seem to thrive without immediately looking past the present and pondering the future. Like a prophet of the winds, I am here to tell you that future. Behold this future-illuminating list of… RPGs coming this week!

Are you on a quest to play every Final Fantasy ever made? Are you still missing a few scattered spinoffs? There’s a pretty good chance at least one of the three Final Fantasy Legend games is still on your list. The first Final Fantasy Legend only ever became a Final Fantasy because Squaresoft’s North American branch decided the Game Boy RPG would fare better with a more familiar moniker. What was it called in Japan, you ask? Hell Tower Warrior SaGa. (Or maybe you didn’t ask. Maybe you already knew. I don’t like to assume.) There’s a word in that title that ought to stick out like a sore thumb — SaGa. What 1990s gamers in the United States and Canada (sorry, woefully-underfed 1990s Europe) were told was a trilogy of new Final Fantasy games was, in fact, the dawn of the famous SaGa franchise. No wonder this collection’s name is almost equally confusing. So, how good are these games? I’ll answer by quasi-cleverly linking you to three separate RPGFan reviews; how does that sound? They’re pretty good! Way back in the Bill Clinton days, our incredible Patrick Gann gave them an 80, a 90, and an 87, respectively. His thoughts still ring true 20 years later, so if you’re looking for some old-fashioned Game Boy glory for your delightfully portable Switch, look no further!

Speaking of modern ports for old handheld games! Abyss of the Sacrifice was a 2010 Japan-only PSP visual novel with, from what I’ve been able to glean, a number of puzzles designed to awaken the Virtue’s Last Reward fans in us all. The story follows five girls living in an isolated underground city called Foundation. Troublingly, Foundation is on the brink of collapse; many are dead or dying, and society’s way of life is crumbling forever. Worse still, the description on Nintendo’s eShop page outright claims that the girls will slay and betray each other. While none of this makes Foundation sound like a pleasant vacation spot, it’s an ample hook for a remastered visual novel with life-or-death, heat-of-the-moment, decision-making.

Level with me here: were you aware that Mercenaries: Dawn of the Twin Dragons is the fifth Mercenaries game on Nintendo Switch? Have I been living under a rock? I wasn’t even aware of the series, let alone the four entries I missed. Either this isn’t exactly among the most well-known strategy-RPG franchise or—and I won’t set aside the possibility—until recently I’ve been living under a rock. Further research informs me that Mercenaries was originally a series of mobile games that never saw an international release. Soon thereafter, they were brought to 3DS; Circle Entertainment localized the second and third games but skipped over the first. Flash-forward a few years and now they’re all sprouting up on Switch like wildflowers. Gameplay is akin to Final Fantasy Tactics and Tactics Ogre, albeit a bit simpler in approach. The localization behind Mercenaries Saga Chronicles, which combined the original trilogy into a single package, somewhat made up for a middle-of-the-road story. While I can’t speak to the story for Dawn of the Twin Dragons, the localization still seems solid. I’m also pretty impressed with the artwork. As a lover of all things Japanese SRPG, I’m keeping my tactical eye on this one.

The Luminous Underground seeks to recapture that lively spirit some of us felt while growing up as we breathlessly awaited our fates in those old choose-your-adventure books like The Cave of Time and Survival at Sea. From what I can tell, The Luminous Underground is more adult in tone — players take on the role of a veteran “daemon dissipator” (say that five times fast) who decides to settle down in a city chock full of daemons and other undead uglies. Is it really settling down if you know full well you’ll be fighting for your life for the rest of your days? Featuring a whopping 660,000 words, this text-only interactive fantasy novel by prolific fiction author Phoebe Barton surely must have that answer and hundreds more. The coolest part? You can play as male, female, or non-binary, and romantic tastes are suitably varied. I like it!

To some, Obsidian’s sequel to BioWare’s best-selling and downright excellent Star Wars: Knights of the Old Republic exists in the shadows of its elder sibling. But it’s those very shadows that give Knights of the Old Republic II: The Sith Lords its texture. Your companions have more layers to their personalities than was generally seen in the first game. The principal antagonist is like no other in Star Wars history. Even the worlds you’ll find as you travel through hyperspace feel darker somehow. The Sith Lords is a greyer game with a more nuanced notion of morality that this gargantuan space fantasy franchise almost never elects to possess. Whereas its predecessor’s plot is a thoroughly enjoyable stock heroic epic with a singular defining twist, this lesser-played sequel is a more personal journey with complex implications. In short, it’s totally worth picking up and playing (or replaying) on mobile devices this week. The only shame, and if I’m honest it’s a big one, is that the superb Restored Content Mod cannot be integrated into an Android and iOS port. Without spoiling anything, it’s one of the most impressive fan projects ever devised and simply a must for anybody planning on picking it up on Steam (where it’s been available for ages) instead.

Apparently, Christmas happens sometime next week. December 25th, presumably. Pardon the obvious; it’s just that I’m having a tough time believing that 2020 is truly nearing its conclusion. If you’re the sort to celebrate the holidays, do you participate in gift-giving shenanigans? I do. I like to make my presents whenever possible. Sadly, I lack any form of artistic talent whatsoever, so it’s never possible. Last year, I got my roommates amiibos. I also got them each an amiibo for their respective birthdays this year. Perhaps I should get them something other than amiibos for Christmas. The thing is, we really like amiibos.

It’s a shame RPGFan doesn’t get a commission for typing the word amiibo a bunch of times. I would make us so rich, we’d be buying all y’all your next big RPGs. Until such a time comes to pass, keep checking back with RPGs Coming This Week, where yours truly suggests what games to buy with your own hard-earned Gil.