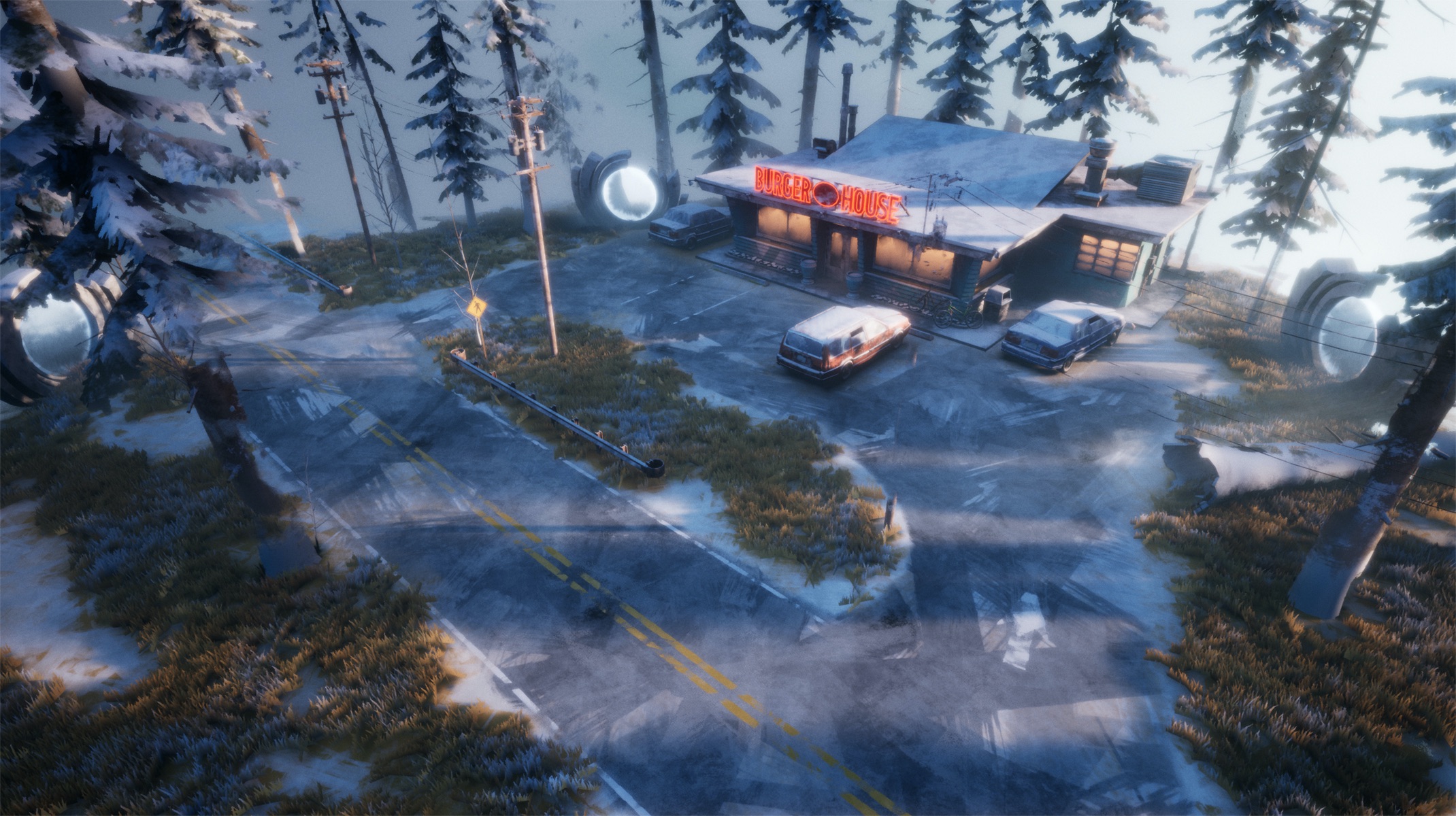 If you want to be a successful roguelike nowadays, you gotta have a gimmick. Maybe you’re trapped in the underworld, or your descendants are carrying on your life’s work, or you’re a disembodied green blob that possesses corpses. Coming up with a plausible reason you can start again after every death must be getting tricky for developers! Weirdly though, they haven’t tapped into the obvious place where we ALL have the potential to die and be immediately resurrected: dreams.

In Dreamscaper, the upcoming roguelike from Afterburner Studio, you play as Cassidy, a young woman who has recently moved to a brand-new city with more (emotional) baggage than actual possessions. Every night, Cassidy falls into vivid dreams where she must battle through her distorted memories and fight the embodiment of her fears, anxieties, and complexes. Every morning, she wakes up to try and live her life: making friends, growing as a person, and generally trying to make her way in the real world.

Graphically, Dreamscaper is a stunner. Its distinctive art style instantly drew me in with its faceless characters (think The Question from DC Comics) and its fragmented dreamscapes (hey, that’s the name of the game!) When Cassidy lays down, the real world of her apartment literally melts away, leaving her in a free fall until she comes to a gentle landing in her dreams. This sequence beautifully represents how it feels to fall into a deep and relaxing sleep. The other side of the coin is when Cassidy “dies” in her dreams. The world shakes in pain and closes in on her as if everything is about to explode into a “Game Over” screen… and then she simply wakes up. It perfectly captures what it feels like to wake from a nightmare.

Dreamscaper absolutely nails the most important aspect of any roguelike: the desire to start a new run immediately after finishing the last. As I worked my way through the E3 demo towards this preview, I kept putting off the writing so I could do “one more run” and see more of Cassidy’s dreams.

Each “level” of your dreams represents a different stage of Cassidy’s life. The first is a small rural village, represented by her childhood home, a community park, the church, a burger joint, and long highways. The second is characterized by the dark and endless streets of a nameless big city. Having grown up in a small town and moved to the “big city” myself, I was struck by how familiar these settings felt. The juxtaposition between the dungeon-crawler mechanics and the benign normality of Cassidy’s memories works beautifully. Much like real dreams (at least mine), you’re left to explore a dream world full of contradictory images that simply don’t make sense.

At the beginning of each run, your inventory is randomized, allowing you to try out various weapons and defensive options. As you plow through each layer of your dreams, you find upgrades for your short-range, long-range, and special attacks (as well as your shield and dodge). Though button-mashing might be an acceptable strategy at the start, you soon start to face enemies that require much more finesse to defeat. Only by mastering all of your abilities will you be able to defeat the challenging bosses and further fall into a deep, relaxing sleep (awakening refreshed with lots of upgrade points to spend in the real world).

The real surprise of Dreamscaper is that the roguelike dungeon crawler is only half the game! Once Cassidy awakens from her sleep, she enters into a much more foreboding landscape: the real world. There, she must contend with monsters just as terrifying as those embodied in her dreams: fear, loneliness, negativity, loss, and isolation. Pairing the roguelike gameplay with a sophisticated social relationship simulator works beautifully, as Cassidy’s relationships and triumphs in the real world directly impact her abilities in her dreams.

Despite the lack of faces, each character you meet in the real world feels like a unique, fascinating individual. As you chit-chat with them after every dream run, you start to learn their preferences and dreams. You can then use this information to deduce which gifts each person would enjoy to build up their friendship meter and gain special perks for your runs in the dreams. I must admit that Cassidy’s shyness and anxiety about meeting new people are very relatable, especially after a year and a half of social isolation!

Though I haven’t yet heard the vast majority of tracks, I can already say that the music of Dreamscaper is simply divine. One of RPGFan’s music contributors, Adam Luhrs, absolutely adored its soundtrack, and I echo his rave after playing through the demo!

Overall, I was very impressed with the Dreamscaper E3 demo. If you’re looking for your next RPG roguelike, you definitely shouldn’t sleep on Dreamscaper! I certainly can’t wait for my head to hit the pillow when the full game is released on August 12th, 2021.