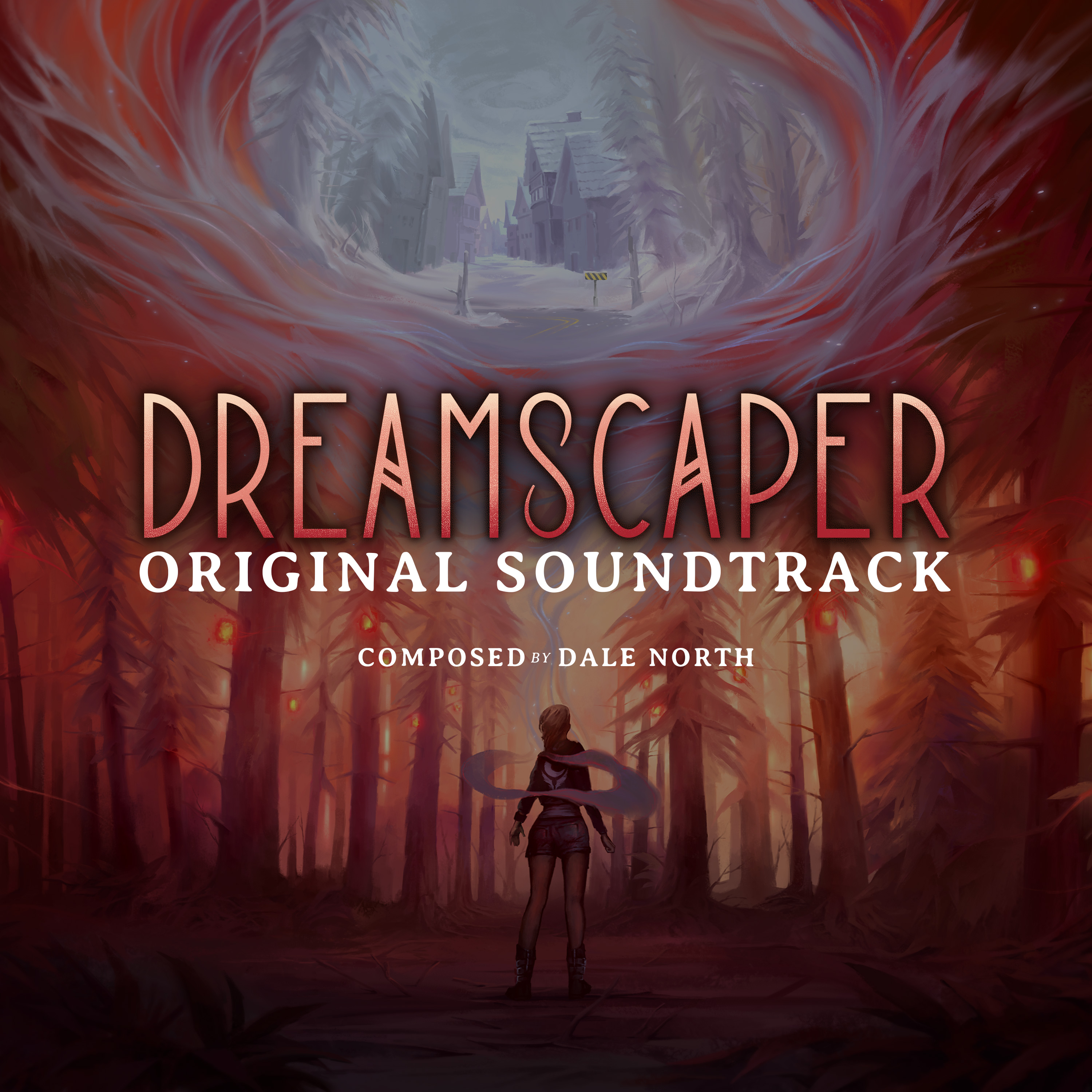 Dreamscaper is a dream-delving, monster-slaying, character-building, friend-making action RPG/rogue-lite, and it is a heck of a thing. The main story follows Cassidy, an enigmatic young woman who lives alone and seems to be dealing with some serious baggage. By night, she journeys into her subconscious to face monstrous manifestations of her own personal demons. By day, she ventures into town and builds relationships through conversations and small acts of kindness. These bonds give her the strength to head back into her dreams, slay her demons, and eventually find peace. I think the basic skeleton of this premise will sound familiar to many gamers (particularly Persona fans), but Dreamscaper differentiates itself through its aesthetic and tone. Despite its nightmare-focused concept, Dreamscaper is a surprisingly beautiful and hopeful game, and these qualities shine through most clearly in Dale North’s gorgeous soundtrack.

Given the game’s setting, I expected something atmospheric and sparse. It would have been a perfect fit for the game, even if it is not something I would find particularly exciting. Thankfully, the first track immediately upended my expectations. “Dreamscaper Opening” begins with a somber 3-note piano motif floating over droning strings, then it suddenly stirs in timpani and violins, building to a perfectly executed orchestral swell. It certainly is atmospheric, but there is nothing sparse about this track. It has a bold, full-bodied melodicism and impressive dynamic range. This track is no fluke, either. While “Dreamscaper Opening” may be one of the Dreamscaper Original Soundtrack’s more dramatic pieces, this luscious compositional style is consistent throughout.

Most of the music on this album accompanies dream dungeon exploration. Each location has an exploration track and a combat track. These tracks are essentially variations of the same theme, so the game can transition seamlessly between the two as the player makes their way through the dream world. They are all presented back-to-back, and I think that decision works because they are often differentiated in clever ways. “Hometown (Exploration)” is just gorgeous, anchored by a soothing piano melody and punctuated by expressive moments where the strings surge to the forefront. It does not sound like a dungeon theme. Then “Hometown (Combat)” changes up the instrumentation and chord structure, and suddenly that soothing melody is fraught with tension. It is a very striking pivot. The exploration tracks generally favor an organic sound, emphasizing piano, strings, guitar, and subtle electronic elements. The combat tracks are almost industrial by comparison. They still make heavy use of strings, but they also layer in electric guitar, forceful percussion, more electronica, and distortion. My only disappointment is that the “Hometown” tracks are the first and arguably best of the dungeon themes. The others are well constructed but not as striking or cohesive as the “Hometown” tracks.

Ironically, many of Dreamscaper’s musical highlights are relegated to the real world. The deliberately paced piano in “Apartment (Isolation)” just oozes longing and maybe a bit of nostalgia. The foreboding motif from the title track finds its full expression in “Apartment (City),” but here it bounces along with quiet joy. This motif later establishes itself as a thematic anchor for the entire soundtrack. The waking world has its own pair of complementary tracks, but instead of exploration and combat, we get exploration and conversation. Both of these tracks glow with cautious optimism. I can’t help but be impressed with the way Dale North handled the tone here. He somehow managed to capture the mental languor that often walks hand-in-hand with melancholy, and I love how the sadder tracks still contain a seed of hope, while the hopeful tracks always have a thread of sadness. Sure, bittersweet is a familiar recipe, but Dale North’s take just feels authentic, even therapeutic.

Ultimately, the Dreamscaper Original Soundtrack is a gem. I know that statement is a hoary old cliché, but the analogy feels particularly apt here. It is just a beautiful little thing, contemplative, wistful, and hopeful in turn. It is a more focused mood piece than your average RPG soundtrack, scattered throughout with moments of striking beauty. It makes me want to spend a quiet morning on my porch and count my blessings or call up an old friend and offer some words of encouragement, and that is a rare thing in any medium.