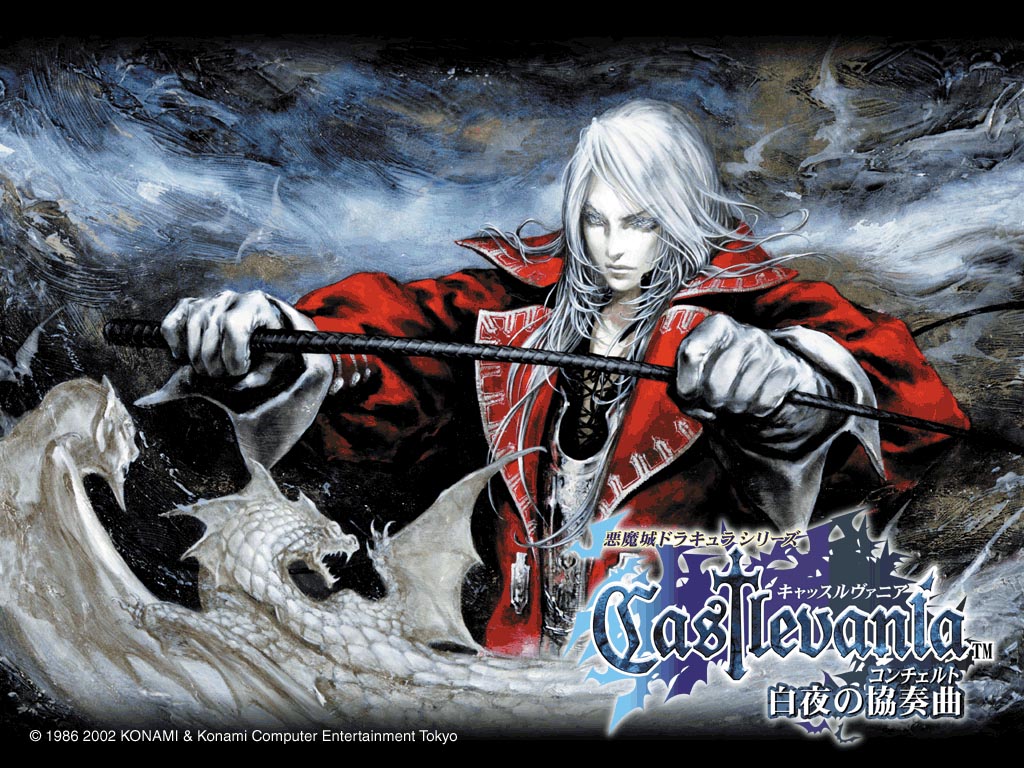 I thought Dracula was only supposed to be resurrected every 100 years? Three at once sounds a bit much. Or does it, when outside of fantastic Netflix adaptations, the Castlevania series seems to be left with a stake in its heart? But it sounds like fans of the whip-cracking, castle exploration series may have something to look forward too, as Twitter user Nibel spotted that a Castlevania Advance Collection has been rated in Australia.

I’m already there. Just tell me when.

So what does that mean, exactly? Well, it might mean nothing. We’ve seen a few of these stories pop up over the years with little fanfare or action. But that’s often for single games, with no new name in sight. This is a collection. A collection which should feature games that are stuck either on their native console, or the Wii U.

If this turns out to be true, it’s likely going to contain the three Game Boy Advance games which sprung out of Castlevania: Symphony of the Night‘s success. Those titles are Castlevania: Circle of the Moon, Castlevania: Harmony of Dissonance, and one of my personal favourites in the series, and favourite GBA game of all time, Castlevania: Aria of Sorrow. Each of these entries brings something very different to the Castlevania series, and are all worth a play for varying reasons. And only one of the leads is a Belmont!

2001’s Circle of the Moon (confusingly just called Castlevania in Europe) is the only one of the three not produced by Koji Igarashi, and sees Nathan Graves fall into Dracula’s Castle, where he has to save his friend and his mentor. It’s a short but sometimes challenging game, featuring a green goat attached to a wall as one of the bosses. No, seriously, Adramelech is a beautiful example of excellent GBA spritework and wall goat perfection. This game’s unique mechanic is the Dual Set-up System (DSS), which allows you to combine cards to create up to 100 different spell combinations. There are 10 cards to collect, and these are dropped randomly from monsters. It’s a fun, if obtuse, system, but there are some real game breakers hidden in there.

Next on the list only came out a year later: Harmony of Dissonance is the one starring a Belmont, Juste! He’s incredibly handsome, but isn’t everyone that’s drawn and designed by Ayami Kojima incredibly attractive? Set 50 years after Simon Belmont ended Dracula’s curse, Simon’s grandson, Juste, sets off to rescue his childhood friend, Vampire Killer in-hand. Harmony of Dissonance is admittedly the most traditional of this Metroidvania trilogy, but it has a magic system which relies on you collecting summoning tomes to learn new spells. And just look at how shiny and bright the game looks too!

Lastly, we have Aria of Sorrow, which launched in 2003. In a huge change for the series, this game is set in the future, in 2035. We’re scarily close to that right now. Dracula has long since been defeated, but Soma Cruz, a transfer student in Japan, is transported to Dracula’s Castle while visiting a shrine with his friend, Mina Hakuba. (My Dracula senses are tingling…) Aria of Sorrow‘s castle is excellent, but what makes it so wonderful is the Tactical Soul system, which allows Soma to absorb the souls of his enemies and use their abilities. I already love this series for its collectibles and secrets, so you know I’ve collected every one of these souls. Twice. It allows for so much customisation. The game also features, arguably, the best Belmont in the series: Julius.

There’s also a wild card. What if one of the games is the 2004 Classic NES Series release of the original Castlevania? That was a pretty decent port of an all-time classic.

One thing I’m not-secretly praying for with this collection is that Advance doesn’t just mean it’s the three GBA games. It would make sense. But while Aria of Sorrow is easily one of the best games, there are three brilliant DS games that would be left in the dust: Castlevania: Dawn of Sorrow, a direct sequel to Aria (but please remove the need to draw symbols); Castlevania: Portait of Ruin, which has a really fun partner mechanic; and Castlevania: Order of Ecclesia, another all-time great.

This has probably got a lot of us hyped up for nothing. I really hope not, because I’d adore to see these games get the attention they deserve again! Whether it’s just the GBA trilogy, or whether we see the DS games get some love too, I’m just happy someone, somewhere is considering a rerelease. Keep your expectations in check, and don’t be disheartened if nothing happens, but we can all pray a little bit, right?

I am unreasonably excited and hopeful for this given it's just games I could easily emulate.