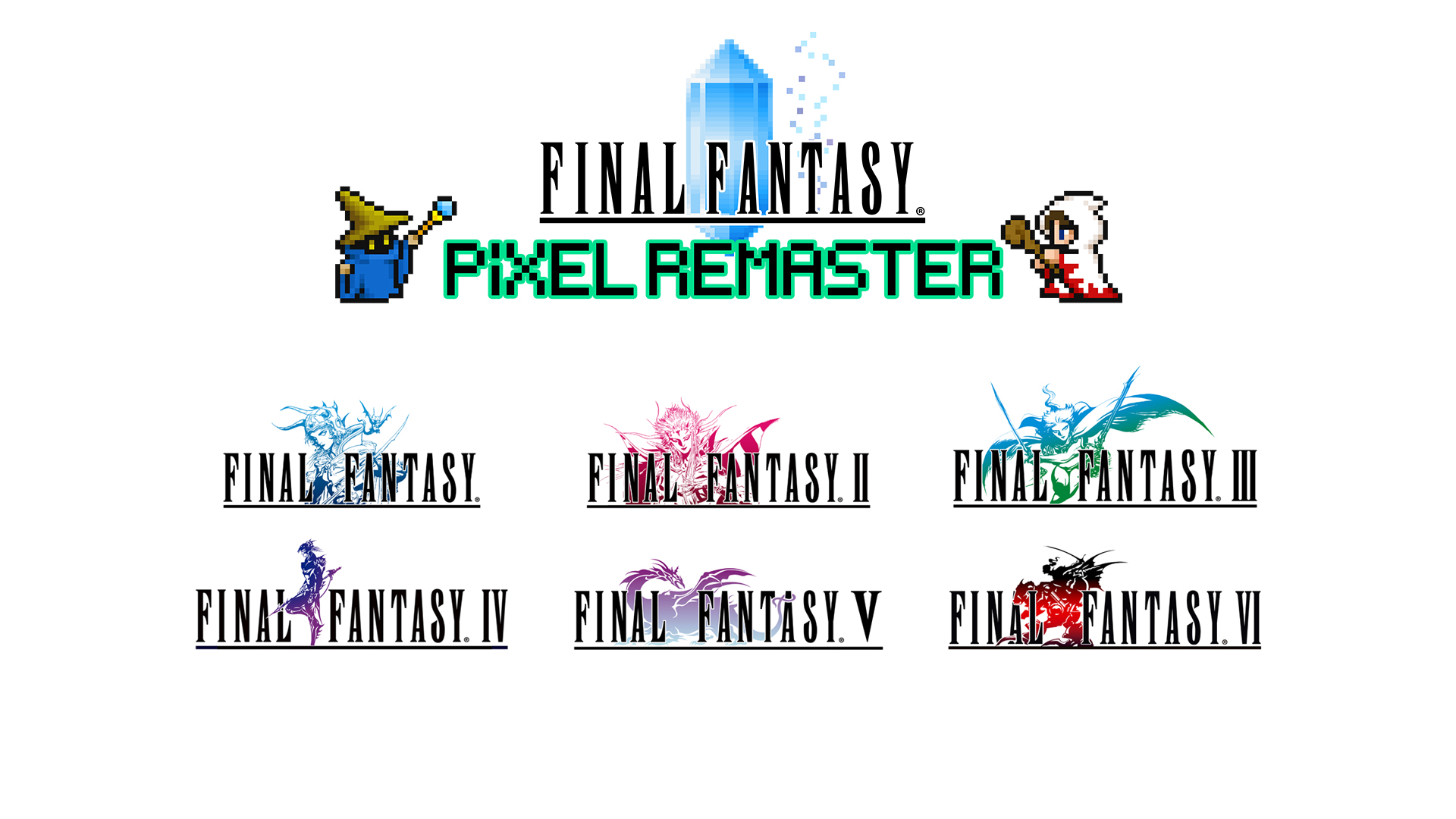 It was an honest mistake.

The link to an unlisted YouTube video intended for eventual public viewing spread like wildfire late yesterday evening, and though Square Enix was eventually made aware of this mishap and set the video to private, the damage was already done. Then again, can we really call it damage when footage for the Final Fantasy Pixel Remaster series — upcoming projects intended to provide some polish to the first six Final Fantasy entries — has served to bolster confidence after a middling, blink-and-miss, initial unveiling?

The video was (and presumably, eventually will be) intended for Square’s Japanese audience and features interviews with franchise creator Hironobu Sakaguchi and legendary composer Nobuo Uematsu. My Japanese is patchy at best, so I wasn’t able to catch much of what was said, but there was a great deal of (justifiable) reverence toward Sakaguchi and Uematsu from the interviewers.

Of course, the bigger prize here is the emergent footage that has given us a real taste for what the Pixel Remasters will appear like for each entry. The speedy denizens of the internet were swift to capture screenshots for posterity, and while we at RPGFan tend not to report on seedy stuff, this is hardly what I’d call seedy. It’s up, it’s out there, and it’s doing nothing but shining a brighter light on something we’re eager to see.

One thing I’d love to draw attention to, but alas, I lack the imagery offhand, is that Final Fantasy III‘s remaster now has a different wardrobe for each of the four Onion Knights to help differentiate them. Originally, two of them wore red, which only further accentuated just how much it feels like you’re controlling a quartet of clones before you swap jobs. Now, the bottom-most Onion Knight is wearing pink. Rock it.

Then again, this is the first time the West is even officially receiving the 2D version of FFIII, so I suppose the double red shtick will remain in Japanese vaults forever!

I think FFIV and FFV both look straightforwardly fantastic in this new footage. The sprite work is simply better than ever. And while the wait for the (hopefully inevitable?) console releases may feel like an eternity, PC and mobile players are in for a real treat soon — according to the delisted video, the series will begin to release with the original Final Fantasy next month. That’s technically a Japanese date; nothing’s confirmed across the pond. But I can’t imagine we’d be waiting too much longer.

Doubtless in a bid to remove consumer confusion and maximize sales of the new remasters, Steam is removing the original mobile ports of FFV and FFVI from their store on July 27th. Existing owners can of course continue playing to their hearts’ content, but if I’m being honest, I’m not sure these were particularly popular to begin with. Fandom’s response to the plastic environs, smeared sprites, and cheap-looking user interfaces has been decidedly… tepid. If you’re one of the few who loves the look and you’ve not yet snagged these, you’ve got about a month to get on that!

As for VI, I do have a singular grievance. A mild one, mind you. Terra’s hair is bright. I get what they were going for, but that hair could detect DNA strands on a carpet. You do you, Ms. Bradford.

The Final Fantasy Pixel Remaster series sprouts on Steam and mobile devices starting soon and extending… until they’re all released, of course. Stick with RPGFan as we continue to applaud Onion Knights and criticize hair colors for the foreseeable future.