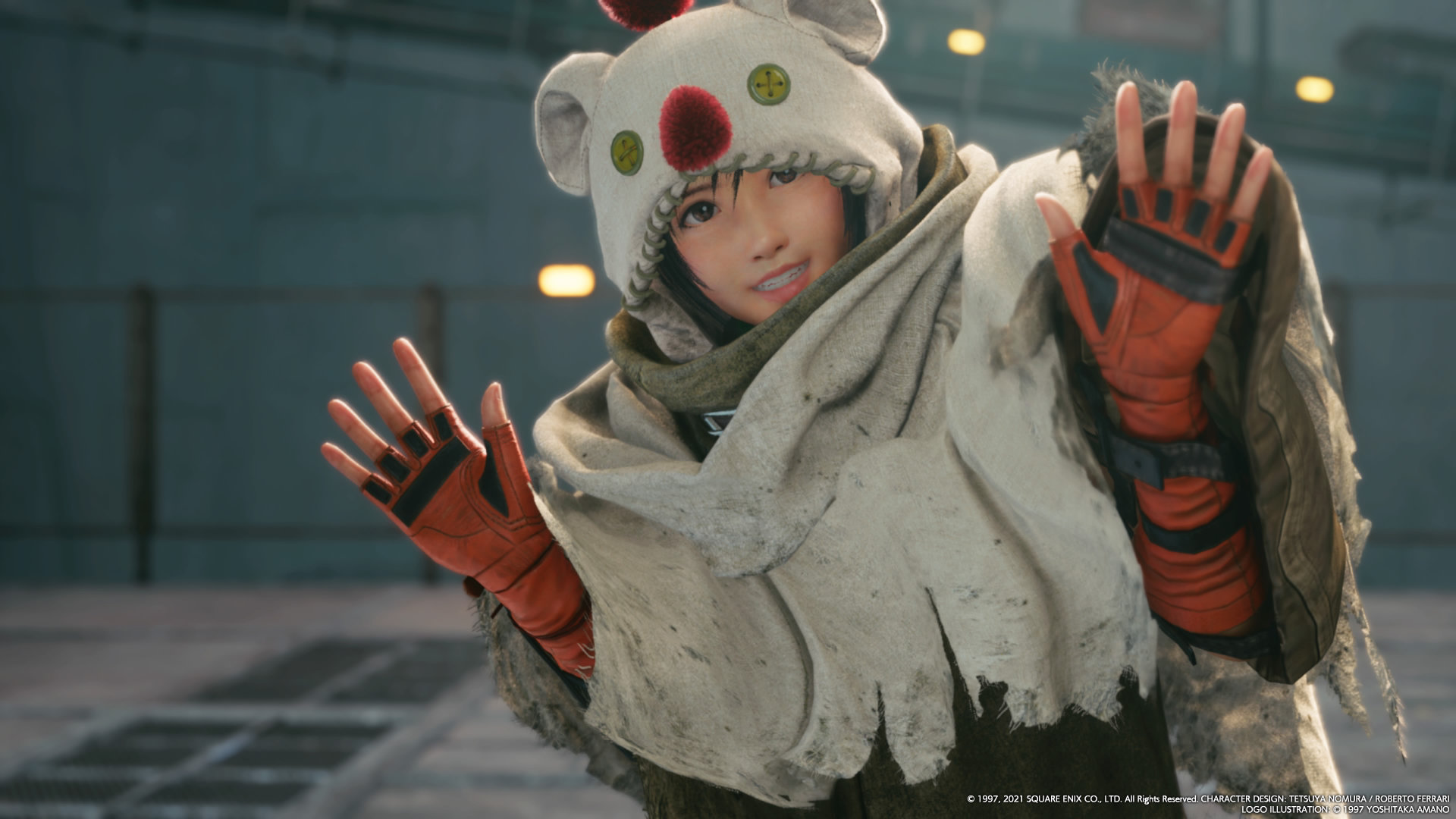 Final Fantasy VII Remake Intergrade and the Yuffie-centric new DLC story, Episode INTERmission, serve collectively as a delicious holdover on the train ride to Part 2. A few weeks have passed since INTERmission gave excited fans a fresh perspective on Midgar through the eyes of Wutai operatives, and now Square Enix’s Naoki Yamaguchi and Motomu Toriyama, are chatting shop and teasing the tiniest things about the future.

Speaking to The Washington Post this past weekend, Hamaguchi was quick to mention the successful implementation of multi-character combo moves as seen when Yuffie and new companion Sonon collaborate on the battlefield. “Additionally, with INTERmission, there’s another element introduced: combo movies [sic] where Yuffie and Sonon team up … which makes for a different feel in battle strategy. I would like to leverage these, including other elements we tried out [in INTERmission] in our next story.”

Toriyama then takes the chance to discuss including more characters that were introduced not in the original Final Fantasy VII but the mid-2000s Compilation of Final Fantasy VII anthology. “We do want to make it a culmination of all the Final Fantasy VII-related works created up to this point. There are characters that, I too, do not know, but that is the same with Cloud and company as well.” The elephants in the room here are Nero and Weiss, two characters created for Dirge of Cerberus: Final Fantasy VII and now inserted in the ongoing new canon as yet another aspect of a widening universe. Toriyama elaborates that “For unfamiliar enemies like Weiss or Nero, I think being able to convey that they have a kind of deep darkness about them is plenty.”

Elsewhere on the world wide web, Kat Bailey at IGN recently had a chance to sit down and interview the directors via email. One of the first things Toriyama discusses is the synergy between Yuffie, all on her lonesome, and Cloud’s group of weary travelers. “As Cloud and company prepare to leave Midgar in the base game, so does Yuffie. Later, Cloud and his allies will end up encountering Yuffie in the expansive world outside of Midgar.” While this is pretty much part-and-parcel with how events in the original game went down, Toriyama is right about this upcoming destined encounter undoubtedly having greater weight to it now that we’ve seen the world through the eyes of a plucky young ninja as well.

Interestingly enough, writer Kazushige Nojima had at one point intended for the main game’s story and Episode INTERmission‘s not to coincide. I’m curious to know what Nojima’s initial draft looked like. Still, as Hamaguchi rightly points out, having the stories run concurrently, there were invaluable opportunities to further flesh out the lore. “As a result,” says Hamaguchi, “we were able to dive deeper into Avalanche HQ, Wutai, the Shinra Building basement, etc. which were only touched upon in the base game of the remake — and this time from Yuffie’s perspective. As such, I’m hoping it turned out to be something our fans were able to enjoy.”

On the subject of lessons learned from the reception of Remake, Hamaguchi sounds like he’s taking studious notes. “There were many things we learned from the reception of [Final Fantasy 7 Remake] since its release, but I feel that the response was especially great for the elements we remade while being cognizant to pay homage to the source material.” If I parse Hamaguchi’s meaning correctly, my mind instantly springs to the universally beloved Wall Market chapter.

As for the narrative shape of things to come, Square Enix’s willful decision to remain relatively nondescript hasn’t exactly shifted per these interviews. However, if there is one thing that can be gleaned with a reasonable degree of success, it is that Toriyama may be hinting we won’t see Wutai until sometime after the next part. “[It will] probably be a while until we see Wutai in earnest, [but] perhaps there may be a new aspect to things depicted along the way.”

Further integration of Wutai characters in earlier stretches of Cloud’s journey? More personal development of Yuffie’s character long before her return home? Or am I reading into things too much? Perhaps the answer is yes… to all of the above.