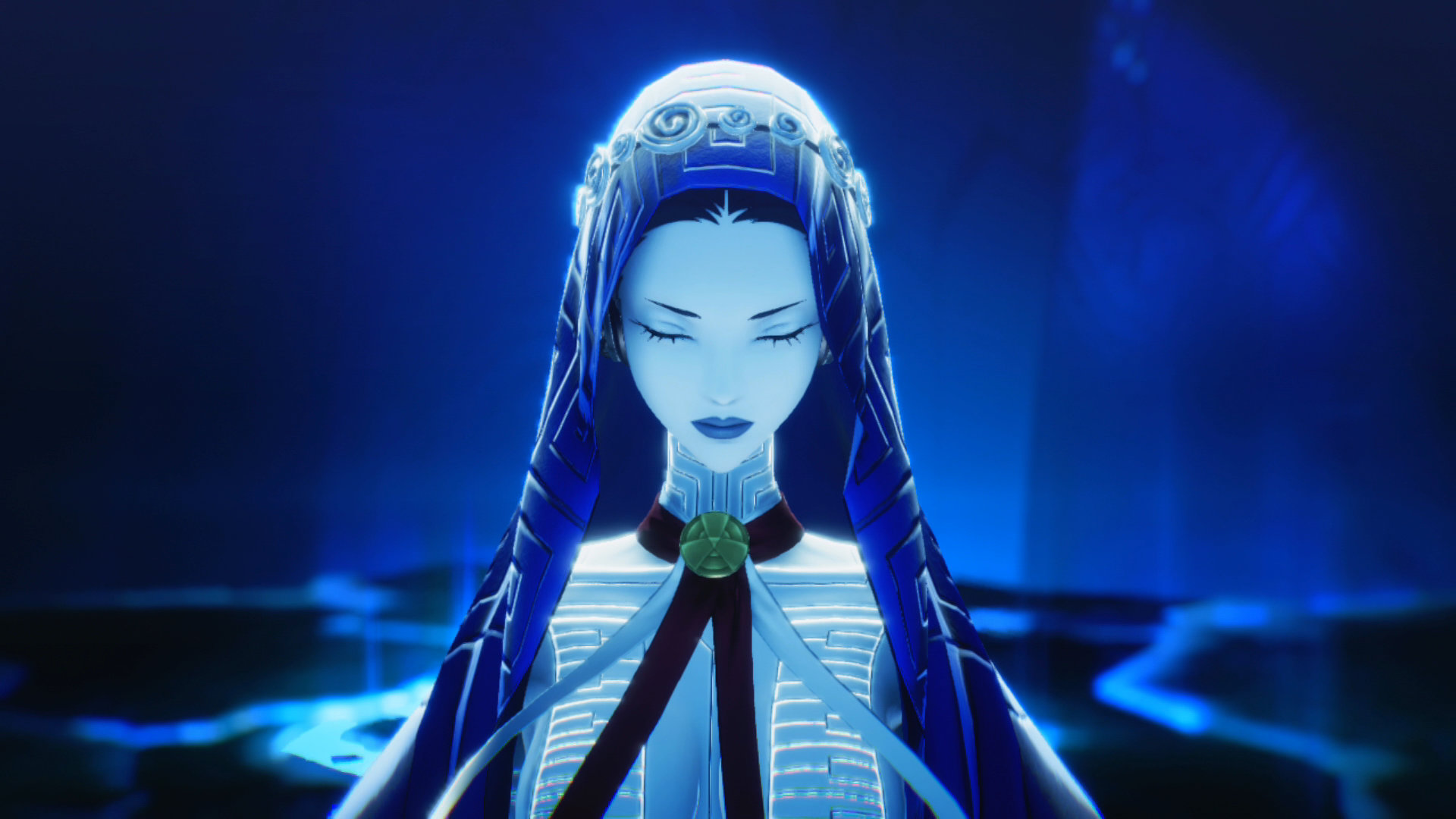 At 8:00 PM PST tonight, July 14th, 20XX, Atlus flew down from the heavens, gracing us with an official story trailer for their heavily-anticipated upcoming RPG Our Protagonist Is Stylish as Heck. You’ll note that despite being properly italicized, those words do not contain a hyperlink to an actual game in RPGFan’s exhaustive database, meaning I made it up and the real title is Shin Megami Tensei V. But I trust you’ll agree that if ever they require a subtitle, I’m standing right here and my fees are rather reasonable.

Like any well-crafted promo video, there’s a lot to unpack in Shin Megami Tensei V‘s story trailer, and the pause button’s our friend. At three minutes and 31 seconds long, Atlus’ marketing team has managed to imbue just about every second with intrigue. From the all-too-orderly organization that Nahobino appears to be allied with to the difficult (and potentially murderous) choices which lay ahead, anybody who was worried Shin Megami Tensei V would go light on plot can rest easy.

We even see a fair bit of combat, blended seamlessly enough between the cutscenes that they never mess with the mood. In fact, battle footage flows so smoothly that I feel all the more exhilarated watching dames and demons casting oh-so-familiar spells. And of course, it wouldn’t be a Shin Megami Tensei without a line like this one: “Both God and his cronies continue to meddle in this realm.”

Shin Megami Tensei V launches on Nintendo Switch on November 12th worldwide. It’s probably going to be a very good video game. Check out some recent screenshots if you’d like, and I strongly suggest you do, because the beautiful thing about screenshots is that they’re permanently paused for our collective viewing pleasure.