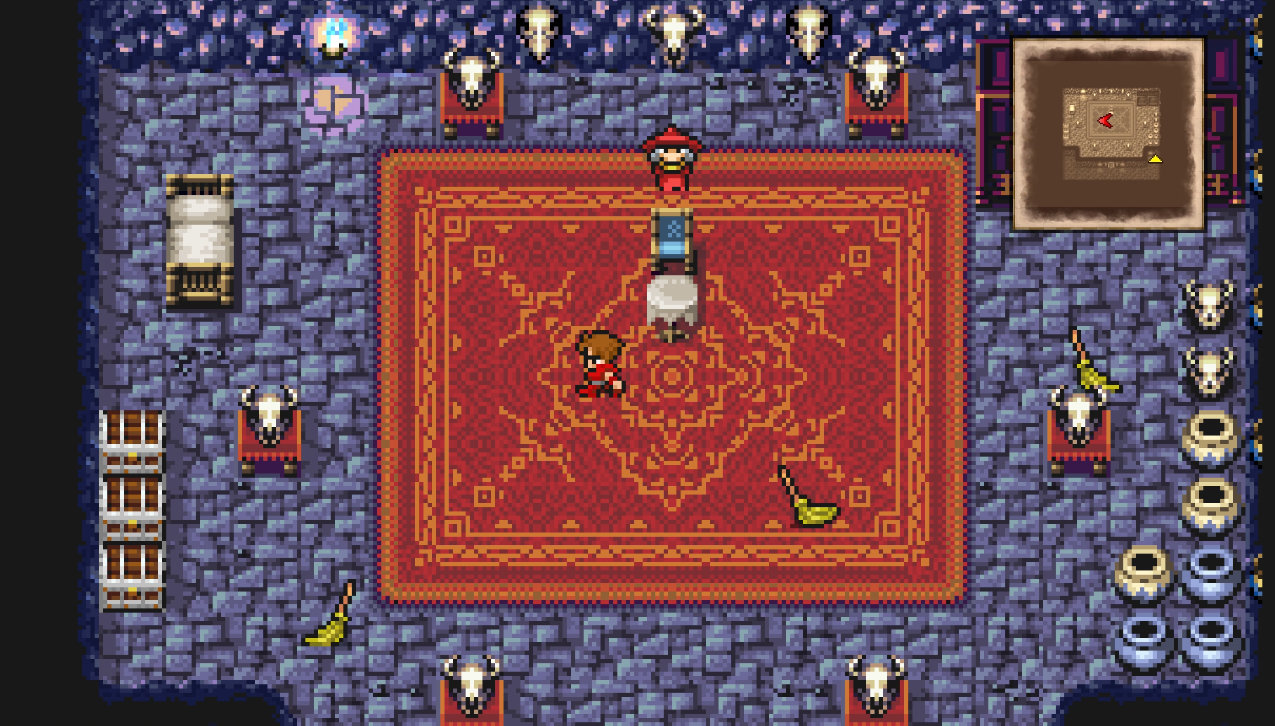 Square Enix, a company worth billions of dollars and is best-known internationally for the award-winning Japanese role-playing game franchise Final Fantasy, will consider releasing the Final Fantasy Pixel Remaster re-releases of beloved video games Final Fantasy through Final Fantasy VI on more than just Steam and mobile. There’s just one catch: there has to be a demand for it.

Presumably living in an alternate timeline, one where YouTube reaction videos did not go viral immediately after we found out that the Pixel Remasters would skip consoles, a Square Enix representative recently hosted a Q&A session doubtless designed to circumvent such dreary queries as “why are you like this?”

The following quotes are provided via Google Translate. In other words, if you’re going to locate this fellow and request further explanation as to why the Final Fantasy Pixel Remasters are not yet coming to consoles, don’t attempt to quote him directly. “I never said that” is a valuable defensive tool when we must needs rely upon technology, not firsthand accounts, to denounce a person’s controversial claims.

The benevolent interviewer quickly asked the big question. Square’s answer may surprise you!

“Why did you choose Steam® and smartphones?”

Currently, “I” through “VI” are available on Steam® smartphones, but some of them have been on sale for more than 10 years, and maintenance is difficult… It’s amazing how far smartphones have come. So we wanted to remaster the game on the same smartphone and Steam® so that people all over the world can play it for many years to come. If there’s a lot of demand for it, we’ll do our best to make it playable in more environments! Please support me!

Now, I’ve seen other translations of this quote wherein “please support me” is “please support us.” I think that’s probably closer to the proprer translation, but let’s be real — it’s funnier to imagine this Square Enix rep specifically requesting that fans support him.

Let’s analyze this. The remasters are coming to smartphones and Steam so that people all over the world can play them for years to come. Somehow, this is not the case if the games are released on, say, the Nintendo Switch or PlayStation platforms. I’m not critiquing the decision to release the games on PC and mobile devices, mind you; I’m flabbergasted that Square seems to think this will ring as “better” to anyone who prefers to play their games on consoles.

Devil’s advocate here, I presume what they’re saying is that since Steam, Apple, and Android are services that do not involve “generations” in quite the same sense as Sony, Nintendo, and Microsoft hardware does, there’s a greater degree of games preservation involved in capitalizing on those first and foremost. Hey, that’s reasonable! I actually kind of get it. What grills my moogle here is this weird insinuation that Square Enix is some struggling indie studio that can only hope to bring the Pixel Remasters to your TV screen if we purchase this first batch of ports and/or make tons of noise on social media. Who the heck looks at Final Fantasy VI and says, “eh, if they really want to play this on their Switch they’ll just tell us so.” How is this not presumed?

OK, Quinton. Calm down — Deep breaths. You’re writing a news article, not a New York Times opinion column. You’re probably speaking for many fellow fans in expressing your exasperation, but still. So say, let’s focus on some good stuff, shall we? Here’s one!

“What exactly does ‘pixel remaster’ mean?”

I’m redesigning the graphics based on pixels, or 2D pixel art. What’s more, Kazuko Shibuya, who has been drawing dot characters since the early days of the original version, is making all the player characters directly this time! While cherishing the atmosphere of those days, it has been carefully renewed so that it can be seen on modern high-resolution screens. It’s a dot master! By the way, it’s actually Kazuko-san, not Inko-san!

So, this is nifty. Shibuya — who should absolutely not be referred to as Inko-san, mind you — must have had a fun time returning to these character designs after so many years. I know first impressions of the remasters’ character art weren’t exactly stellar, but opinions have shifted a fair bit ever since Square, you know, actually began showing the games for more than a millisecond. Personally, I think they look great!

“So how is the music remastered?”

The BGM is also arranged with a very nice feeling under the complete supervision of the original composer Nobuo Uematsu! While thinking carefully about not destroying the image of the original song, he arranged to “re-express” and “restore” things that could not be realized at that time due to hardware restrictions. Nobuo-san will do something cool too! Oh, the sound effects are reproduced as close to the original as possible.

This is cool, too! Uematsu is the guy who would have composed the official soundtrack to my wedding if things had gone steadier with that one ex. You know, that one ex. Anyway, it’s spectacular that he’s back in the saddle, supervising lush rearrangements. “Re-express” and “restore” are in quotations for some reason, likely because Google Translate is an odd creature. But it will be exciting to see just who was involved in recreating the legendary music of these six games under Uematsu’s watch.

Oh yeah, and there’s a monster compendium now. It might not make up for the possibility of losing the bonus content from games like Final Fantasy V Advance (we don’t know if that’s happening yet for sure, for the record, but it’s quite possible), but it’s still fun. There’s no way Square could mess this one up, at least.

“I heard that the monster pictorial book is a bit different!”

Monster pictorial books haven’t been uncommon in transplants so far, but this time they’re a little elaborate. The monsters you encounter are registered in the list, but there is a mode to arrange them like a habitat map on the world map, and it is very fun to fill the list. In the smartphone version, you can also battle with the monsters registered in the picture book. You can even make the background a photo taken with a camera. It looks like a smartphone.

Wait, you can’t do that in the Steam version? I… please tell me this is a mistranslation. I trusted you, Square. I trusted that you couldn’t screw up a bestiary.

All right. No more Mr. Pessimistic Quinton. My editor-in-chief relies on me for being a positive person, after all. I can’t disappoint Mike Salbato. Ahem, let’s see. How to wrap this up optimistically?

I KNOW. It's nuts. I can't recall offhand where exactly I saw this -- I think it was on ResetEra last week? -- but someone basically said, "If you're ever worried that your deductive skills are rough, just remember, somewhere in Japan there is a Square Enix producer who doesn't realize Final Fantasy fans want to play Final Fantasy games on consoles." Steam Deck does look super-rad, though. We didn't cover the unveiling since it's not quite our milieu, but I'm stoked to get my hands on one.

In other news, Square Enix says it will use an umbrella if the rain turns out to be wet. Did you reserve a Steam Deck? I am pretty pumped to be able to play so many great old games on the go or project to my TV.