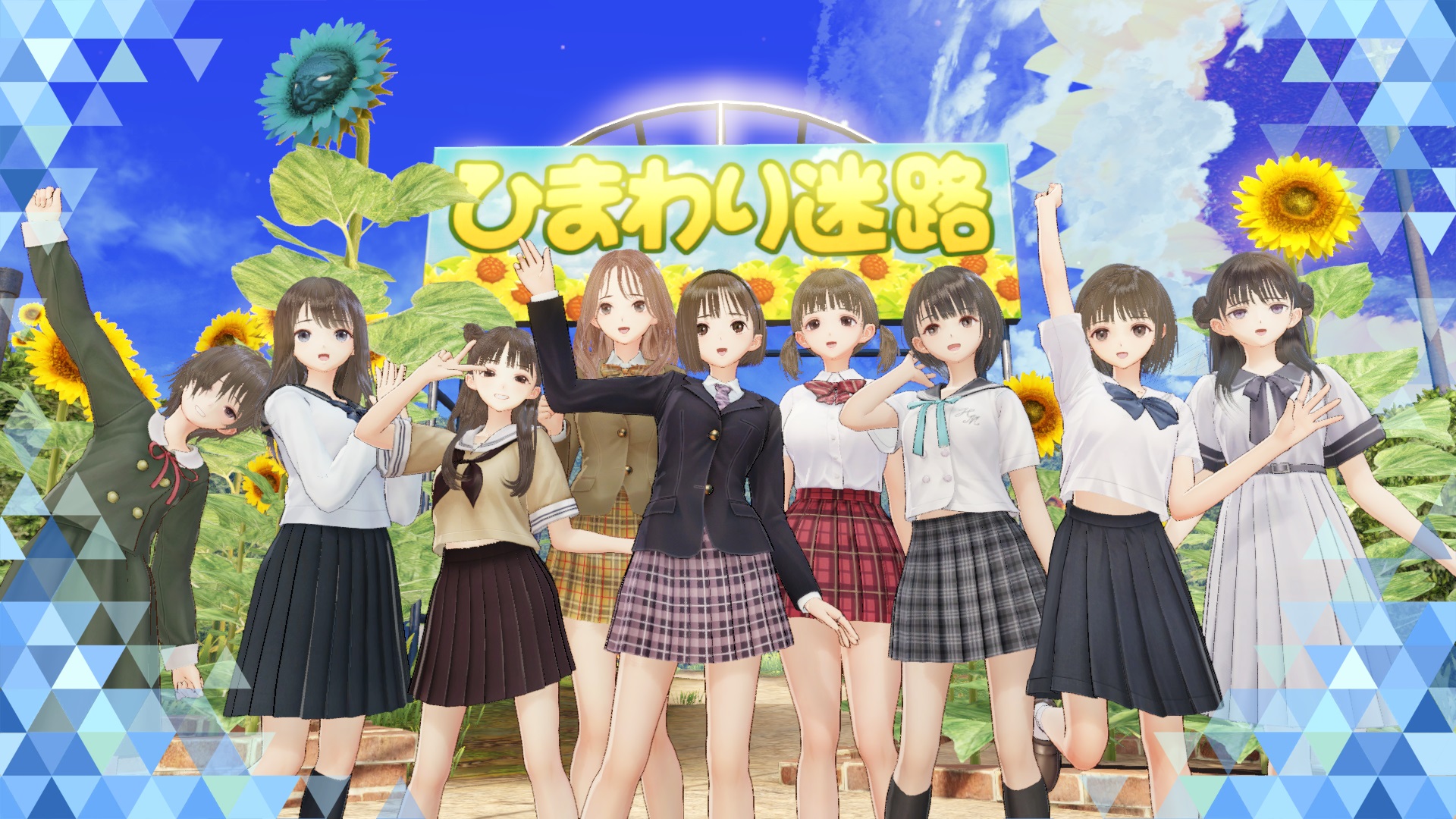 I recently got a chance to check out Gust’s upcoming magical girl JRPG Blue Reflection: Second Light. As a fan of the first Blue Reflection and the Blue Reflection Ray anime, this game has been one of my most anticipated titles this year since it was announced. My expectations have been high when it comes to music, art, and presentation. When it comes to gameplay, however, my expectations have been tempered due to the small budget and scope of the first game. After spending a couple of hours with a preview build of Blue Reflection: Second Light, I’ve walked away impressed and eagerly looking forward to the final release.

The original Blue Reflection, released in 2017, focused on a trio of magical girls defending a school and protecting the emotions of their fellow students. While I’ll refrain from spoiling the first game and the anime, I will say that this sequel takes an exciting turn. Fans of both previous projects may recognize some familiar faces in the trailers, including one that may give fans pause. Blue Reflection: Second Light tells the story of a group of girls who wake up in a lonely world, robbed of their memories yet granted mysterious powers. It’s up to the girls to explore the school, which also acts as their home base, while they also gather materials, fight demons, and recover their memories along the way.

Much as Atelier Ryza 2: Lost Legends & the Secret Fairy was a notable step up in production quality over its predecessor, Blue Reflection: Second Light has improvements on almost every front. Cutscene direction was a strong point of the original game, and it’s even better here. Camera angles and movements paired with detailed facial expressions and impressive voice acting add life and personality to every scene. Even simple exchanges of dialogue feel well-directed and lively from a presentation standpoint. The player never finds themselves watching static portraits talking via textboxes.

There are plenty of new mechanics in Blue Reflection: Second Light. First, we’ll cover exploration. Environments are more detailed and varied than in the original game. Scattered along each map are numerous materials for crafting, which the sequel has greatly expanded, but we’ll cover that shortly. The maps offer more verticality and interactivity, allowing you to climb ladders to take shortcuts, scale small cliffs, crawl through crevices and under buildings, and cross perilous beams, all while sneaking around enemies and reaching out-of-the way-places to find new materials. The newly introduced stealth mode allows you to sneak up on enemies to get the jump on them in battle or avoid them altogether. Thanks to Metal Gear Solid-style enemy vision cones, sneaking is simple and intuitive.

As mentioned previously, crafting has been expanded and improved. Based on my few hours with the game, it comes off as an Atelier-lite. Materials collected in the field and in combat can be used to make new items. These can be key story items or ones you use in combat to turn the tide of battle. Characters may also ask for certain materials or crafted items, and fulfilling these requests is highly recommended, given character progression appears to be tied to some of these requests. While I couldn’t make anything too exciting early on, I’m hopeful the crafting system allows for creativity and flexibility on the level of the Atelier series.

One thing I appreciate most about Gust is their desire to create new, exciting battle systems. The original Blue Reflection was a light take on a Grandia-esque timeline system where weighted actions would determine a character’s place on the timeline upon execution. Characters and enemies could also be pushed back and forth along the timeline using skills. Blue Reflection: Second Light goes for a drastic take on this system that skirts Real-Time with Pause territory while still maintaining the timeline. Combat in this game is built on the concepts of acceleration and escalation. As the battle goes on, fights get faster and more frantic.

Blue Reflection: Second Light introduces Gears as a fresh battle mechanic. While you may be thinking of giant robots or chainsaw swords, it’s more in line with the gears of a car’s transmission. Characters start in 1st Gear in a battle—unless you perform a sneak attack on an enemy—in which case, they begin in 2nd Gear. You can use skills that cost Ether Points (EP), which build over time. The cap is denoted by your current Gear: 1st Gear equals 1,000 EP cap, 2nd Gear equals 2,000 EP cap, and so on.

As you accumulate EP, you can spend them on skills that may cost 1,000, 1,500, 2,000 EP, or more, depending on the power of the skill. If you have 3,000 EP saved up, you can spend it however you see fit until it’s depleted. Maybe three attacks in a row? How about a heal, a guard, and a buff? Two special moves with high critical hit rates? Whatever you do, the leftover EP rolls over and keeps accumulating once your actions are finished. The options expand as you shift up, and even basic skills are more powerful at higher Gears.

The key to shifting into higher Gears is by spending EP. At a certain threshold, you’ll upshift to the next Gear. At higher Gears, EP recovers faster, and higher tier skills become available. You may find similarities to Atelier Ryza 2’s Action Point (AP) and Tactics Lvl system, where spending AP would increase the overall Tactics Lvl. As I mentioned before, acceleration and escalation are the general themes and concepts of Blue Reflection: Second Light’s battle system. In 3rd Gear, the characters transform into their magical girl form, known as their Reflector form. This mode grants them even faster EP recovery, new skills and special attacks, and so on.

On top of the Gear system is the Combo system, where each attack adds .25 to a combo multiplier. While individual attacks may not have much potency, getting multiple hits and building the multiplier can make even the smallest attack rather deadly. Maintain combos requires guarding against enemy special attacks. Even in my short time with the game, I was pushing some attacks to 5x or 6x damage. By combining the Gear system with stronger skills, damage numbers can dramatically scale up throughout the battle. Finally, exploiting enemies’ weaknesses is crucial to managing the battle timeline. Managing buffs, debuffing enemies, and capitalizing on knockdowns are vital parts of the battle system and add a much-appreciated layer of strategy on top of the accelerating chaos.

Much like the original game, the soundtrack is shaping up to be incredible. While I’ve only heard a few tracks in battles, around the school, and while out exploring, they’ve all been impressive. The battle tracks stand out, but I was surprised by the victory fanfare and post-battle results screen. There are some Phantasy Star Online vibes that immediately welled up nostalgia as sweeping strings and icy piano keys danced along while characters leveled up. I found myself sitting and listening for a few minutes while bobbing my head. I’ve no doubt that the OST will stand tall alongside the first game as pinnacles of the artcore sub-genre.