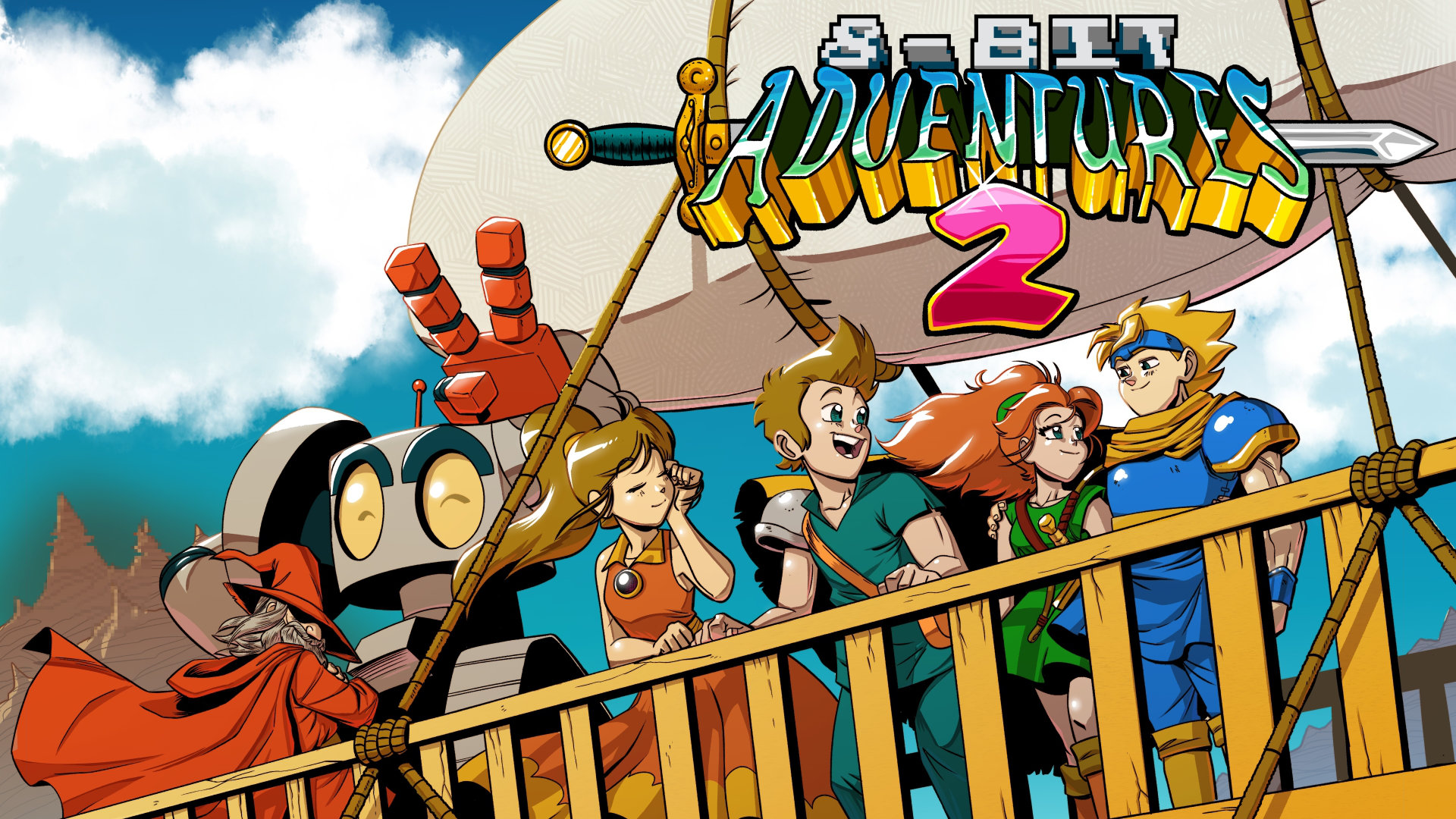 Australian developer Critical Games have announced that their retro-style RPG 8-Bit Adventures 2 will be launching simultaneously for consoles and Windows PC systems. The news came by way of a snazzy new trailer, detailing that the game will be launching for PlayStation 5, PlayStation 4, Xbox Series X|S, and Xbox One alongside both a Steam and GOG.com release for PC. Check out the trailer, featuring artful retro-pixel graphics and frenetic battling, below!

Lead developer Josh Hallaran stated that he had received “…a tremendous number of requests…” to bring 8-Bit Adventures 2 to consoles after its showing at Gamescom 2020. With work and the help of Ratalaika Games, who are overseeing the console versions of 8-Bit Adventures 2, Hallaran is proud that Critical Games has achieved its goal where “…everyone can enjoy this classic JRPG adventure-no matter where they prefer to play.”

8-Bit Adventures 2 positions its players in a retro RPG reminiscent of JRPGs of yore, but with the added quality of life features that 30 years of progress within a genre entails. Critical Games promises a focused storyline with over 25 hours worth of content, where players will take on the role of seven unique adventurers as they attempt to rescue their world from an entity known as the Glitch; a mistreated child who is reshaping and reworking the world to a seemingly catastrophic end.

Players will be able to fight against 98 unique enemies, in turn-based battles inspired by Final Fantasy X, Mother 3, and Chrono Trigger replete with over 99 unique abilities to turn strategy in their favour. If you’re curious about further features of 8-Bit Adventures 2, be sure to check out its Steam page for a full list of extended features.

Personally, I think 8-Bit Adventures 2 looks colourful and bombastic in all the ways that make JRPGs special and a game for JRPG enthusiasts alike to keep their eyes on in the coming months.

Stay tuned to RPGFan for all news 8-Bit Adventures 2 and RPG!

Hi everyone, developer of 8-Bit Adventures 2 here! I just wanted to say thank you so much for writing this article and for the very kind words about our game. It sincerely means a lot, and will no doubt help to spread the word a lot (which is big for a small developer like me!) =D

The game looks great & definitely hit me in my nostalgia bone! Will be keeping an eye out for its release.

Thank you very much for the very kind words Jbumi! We're going for a lot more than nostalgia with this one, but I'm still really glad to hear that it made you feel that way =D I appreciate you taking the time to comment!