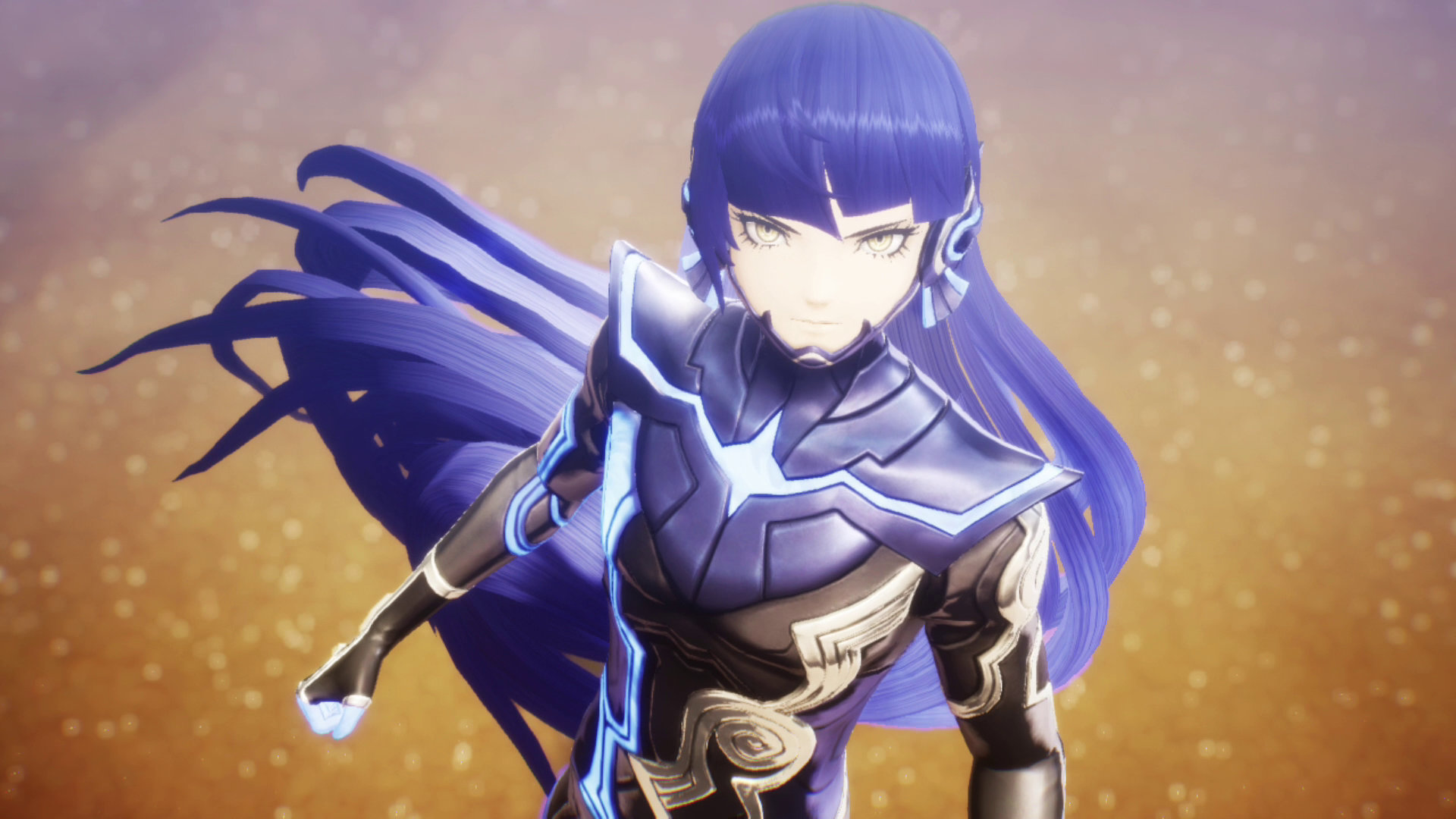 It is hard to believe that Shin Megami Tensei V is only a few short weeks away. The game was first showcased at the initial reveal of the Nintendo Switch after all, and we are now four and a half years into the Switch’s life cycle. Atlus has done their best to make the wait even more unbearable this year, with numerous trailers, updates, and demon reveals. After finally getting my hands on the first couple hours of the game, I have an inkling that it will have been worth the wait.

Atmospheric and moody from the word go, Shin Megami Tensei V is sure to draw in fans and hopefully newcomers. The opening is snappy — only a few short scenes to introduce your classmates stand between you and a Netherworld full of demons to battle and recruit. Your power to do so is granted by a mysterious figure who saves you from a pack of demons. It turns out this power comes in the form of fusing with the figure, becoming a Nahobino, and growing luscious indigo locks to your ankles in the process. You are also given a goal: find your classmates and figure out the mysteries of this strange, shattered world.

The Netherworld consists of larger, more robust areas than previous titles, but your character, the Nahobino, is more than mobile enough to master the vast landscapes. With a joyfully quick sprint, slick slope-sliding, and the ability to leap on command, you travel not just across the overworld, but up and down its hills, ruins, and valleys as well. The Netherworld isn’t just empty space to run around either; there is much to see and do, even early on. You can access save points, find collectibles and treasures, battle and recruit demons, and even accept side quests from the less aggressive among them.

Leyline Founts give you access to all-in-one stops for saving, shopping, fusion, and fast travel. The shopkeeper, Gustave, is a highlight of the game’s early moments and lives within the leylines. He is delightful in both how friendly and disturbing he is. Gustave is more than happy to sell you useful items and take relics (junk you find in vending machines strewn across the wastes) off your hands in exchange for macca. He has more to offer than just buying and selling material goods, though, as he also can recover your HP and MP (for a price) and gives you rewards in exchange for finding his many minions out in the overworld. The mysterious Sophia also inhabits the leylines and is your go-to gal for all demon summoning and fusing needs.

Unfortunately, classic demon fusion wasn’t yet unlocked in the sections I played, but I had the chance to experiment with a new type of fusion introduced in Shin Megami Tensei V — Essence Fusion. By utilizing essences obtained from battles or found in the overworld, you can add new skills to the repertoire of the Nahobino or your demons. So far, I only have been able to experiment with a few essences, but this system looks to be a way to offer considerable customization for your team. Further, you can obtain a currency called “glory” and exchange it with Sophia for “miracles” — permanent passive bonuses, from additional skill slots to healing upon leveling up.

In Shin Megami Tensei V, random encounters are a thing of the past. Instead, various demons roam the field and will chase you down (probably to devour you) if they spot you. If a demon catches you, they will gain the initiative in the coming battle, but attack them while they are unaware, and the initiative is yours to take. The demon you see on the field will take part in the battle, but you may end up facing other demons too. The initial hours of Shin Megami Tensei V only have a handful of demons to encounter, but the conversations when attempting to recruit them already amuse me, and I look forward to speaking with my favourite demons and offering them a place at my side.

It doesn’t seem much has changed for Shin Megami Tensei’s beloved Press Turn battle system. You still gain extra turns for targeting enemy weaknesses and lose them for targeting their defensive strengths, and your enemies are extended the same courtesy. There are still a few new touches, however. For example, the new Magatsuhi Gauge charges up every time you land or receive an attack and gather red orbs in the overworld. You can unleash a special move when the gauge is full, reminiscent of a Final Fantasy limit break. The first Magatsuhi skill you have access to makes all your attacks (including magic attacks) into critical hits for one round. If you have experienced the Press Turn system in the past, you know this is a massive boon, as critical hits also grant additional turns. Another neat detail is that the battle music — which is a total banger, by the way — doesn’t start up until you perform your first attack, ensuring that you are appropriately pumped going into the fight.

There is a lot to unpack in Shin Megami Tensei V’s opening, not just in how it plays, but in all the hints at the broader story that I can’t mention here. I am confident this will be a game I love, but there is still much in its potential only whispered this early on. The game also feels sluggish at times, and I can’t help but wonder if it could have found a better home on a more powerful device. Still, I think current and future MegaTen fans have something to be excited about in Shin Megami Tensei V when it releases on November 12th.