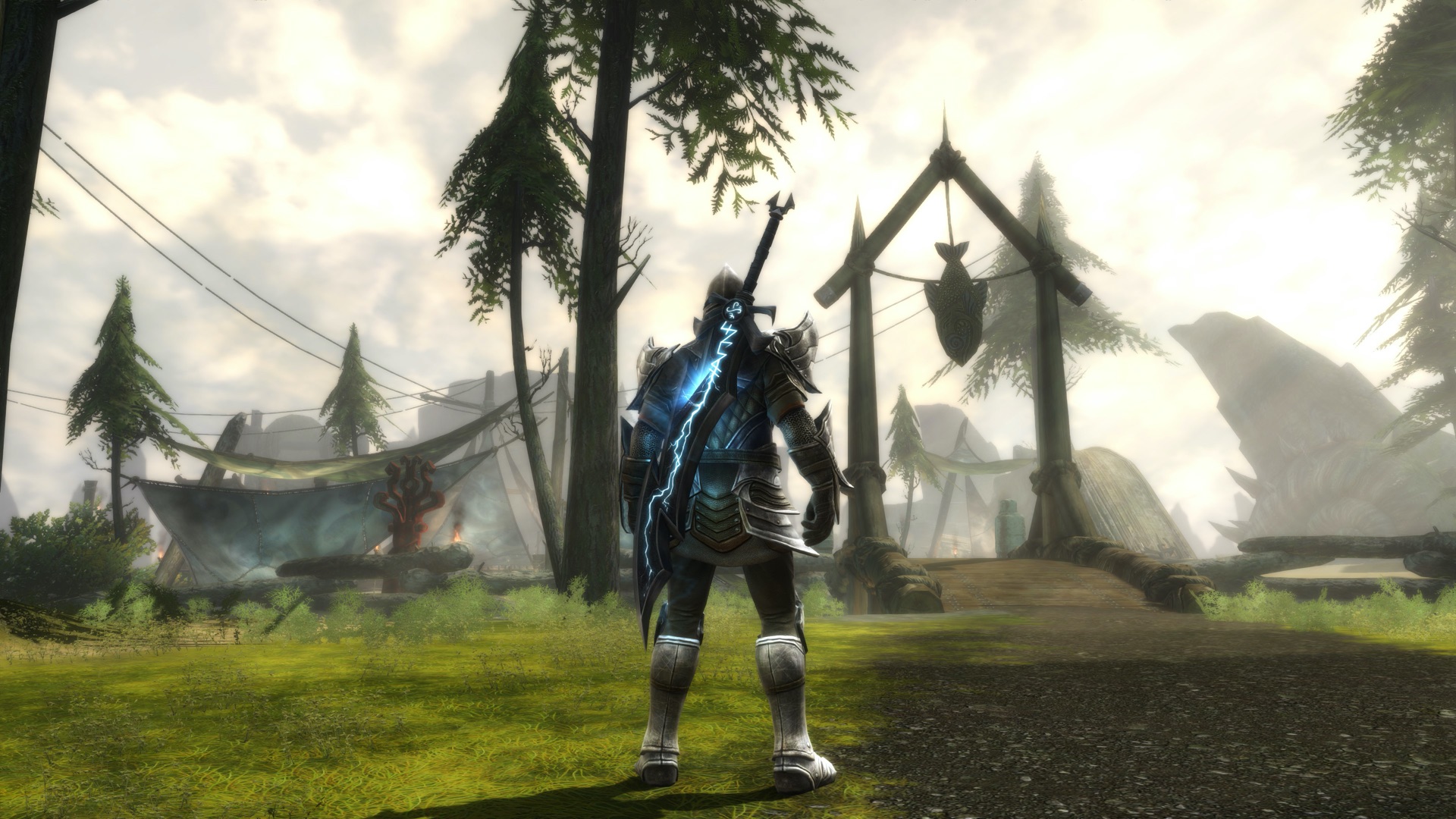 My ideal timeframe for submitting a draft of this column to my editor every week ranges between Saturday afternoons and Sunday mornings. I figure every week it will take me a couple of hours. Sometimes it’s a little bit more! So I should get it in as soon as possible.

Not so this weekend! There’s just very little of note as we steadily rush toward the year’s end. I mean no disrespect to the games we’ve included here because they’re still worth it! I never considered asking for the week off or anything like that. But when our (relatively new) “Also Coming This Week” section eclipses the main one, you just know it’s a port-heavy, DLC-dealing time for role-playing fans.

Would it help if I shared an amusing anecdote? A quick glance into my life? I don’t know. I have to assume most readers skim past these intros, but our more vocal vets like to chime in from time to time, and that’s really cool, so… I don’t know, uh, The Expanse is back? I like that show a lot. That’s something.

I like you, too. Please keep reading. I promise I’ll do my job now.

We need to talk about Kingdoms of Amalur: Re-Reckoning.

I remember the original game’s demo like it was yesterday. That’s because it came out during my tenure as an assistant organizer for BioWare’s convention appearances. Not the most luxurious job title in the world, but it was a great time with great people. The good marketing folk at Electronic Arts thought to boost awareness of Kingdoms of Amalur‘s demo availability by promising players of the upcoming epic called Mass Effect 3 some shiny armor if they gave it a shot.

There’s no sense in sugarcoating it — I didn’t take to the demo for one reason or another. But that was nine years ago. I was a different person nine years ago. So maybe I should give the hilariously-named Re-Reckoning a proper chance — if only because the existence of this remaster is one of the most unexpected blessings our beloved genre has seen in a long time. I’m stoked for fans that their under-the-radar favorite has been given a new lease on life.

And what a lease it is. Fatesworn is a meaty expansion that promises plenty more hours of playtime. We don’t report on DLCs often, but this is no mere DLC. It’s a big deal, a full-blown continuation to the original story. That story was designed as the launchpad for a big, bold IP that never materialized, leaving fans frustrated. Kingdoms of Amalur may never become a major player in the Western RPG scene as initially envisioned, but diehards can finally have their ending.

Publisher Dramatic Create describes Hashihime of the Old Book Town Append as “mysterious and psychedelic boys love.” That sounds more like Woodstock to me than any visual novel I’ve ever played, but then, I’ve yet to play Hashihime.

Originally released in Japan all the way back in 2010, this fresh localization features subtitle support in both English and Traditional and Simplified Chinese. Set in 1922, Hashihime of the Old Book tells the tale of a young man named Tamamori who arrives in Tokyo in high hopes of joining the prestigious Imperial University. After failing the entrance exam, Tamamori takes up a job at a bookstore. Unfortunately, he’s not the nicest guy, using his friends and generally behaving like a real ruffian.

Then folks start dying, the plot kicks off, and there’s a twinge of A Christmas Carol in there somewhere. The vibe I’m getting is that Tamamori will need to re-evaluate his life, but again, I haven’t played it. Can you tell that I want to? You can, right? Especially since some new short stories have been added. Hence the “Append.” Stoked.

Pon Para and the Unconquerable Scorpion is a 742,000-word interactive fantasy novel by Kyle Marquis and the sequel to Pon Para and the Great Southern Labyrinth. Yes, it’s presented entirely via text. And yes, your choices matter a good deal. It’s a choose-your-own-adventure from a talented writer, and speaking as somebody who purchased and enjoyed the first game, I can’t wait to dive into this new one.

Get this — these games are set during the Bronze Age. If there is an underrepresented major era of human history in games, I believe it’s the one with all the copper and tin. So many civilizations thrived to such an extent that the world’s first international golden age dawned, shining strongly through tumultuous events for centuries before fading into the realm of Ancient Greek myth.

Like it’s predecessor, Pon Para and the Unconquerable Scorpion is more fantasy-focused than historical. But the Bronze Age is equally rife with mystical tales that are well worth playing. And you can play as someone who identifies as non-binary! That’s actually a thing that has happened in various societies for millennia, by the way! This one’s calling me perhaps even more loudly than Hashihime.

Eastasiasoft’s aptly named visual novel takes its inspiration from cult classic Asian slasher flicks, but it’s also an interactive experience, meaning the decisions you make could lead friends to gruesome deaths. Remember when Nintendo was “the kiddy one”? So turn out the lights, play this at two in the morning, and get back to us on that.

The saga of Wedge and his bro comes to PC at long last courtesy of Epic Games Store. Find cats, meander down Scrap Boulevard, and uncover the mystery behind the Angel of the Slums. There’s a scene with a lovely lady who smacks a bad person in the head with a chair. His potential death amuses her. Highly recommended.

Moon came out in 1997. That’s a very long time ago, and if you’re reading this at random in like 2032 because you’re reminiscing over RPGFan archives for whatever reason, well, then it will be an even longer time ago. Moon gradually caught fame for its decidedly “anti-RPG” storytelling, but we didn’t get to officially play it until a surprising (and fantastic) localization last year. It asks the real questions, like what the heck is wrong with people who barge into houses and open treasure chests? And then casually walk out? If you’ve ever wondered about that even once, here you go.

Record of Lodoss War means a lot of things to a lot of fans, but I can’t say I ever expected Deedlit in Wonder Labyrinth. It’s something of a Metroidvania, and our Emony Tjan had very nice things to say for the Windows version back when it was in Early Access. Now that the full deal has been out a while, it’s finally en route to Sony and Microsoft ecosystems.

Prime Dimension is “just” a DLC for Star Renegades, but in a sparse week for no releases, and given that I guest-starred on multiple podcast episodes last year in which Greg Delmage sang praises to the base game (he didn’t actually sing, for the record, but that would have been cool!), I figured there’s no harm in giving it a bit more exposure. It’s got a new story ending, plenty of new foes, a brand new recruitable character, and best of all, it’s completely free. Star Renegades on its own is worth it, but free content makes it all the sweeter.

How are the holidays treating you? Anything fun going on this week? Have you sorted your New Year’s Eve preparations? Do you have any? Or would you prefer just to hang back and watch the new year roll in?

Why am I asking you so many questions? I don’t know why. But you should totally answer them, even if purely in silence. Also, I have discovered that I don’t like soft cookies? Does that make me a monster?

Will next week have lots of RPG launches? That one I can answer: no. But that’s okay; there are literally tens of thousands of these things. We can breathe a little.