Posted by Brian Mackenzie on February 8, 2022 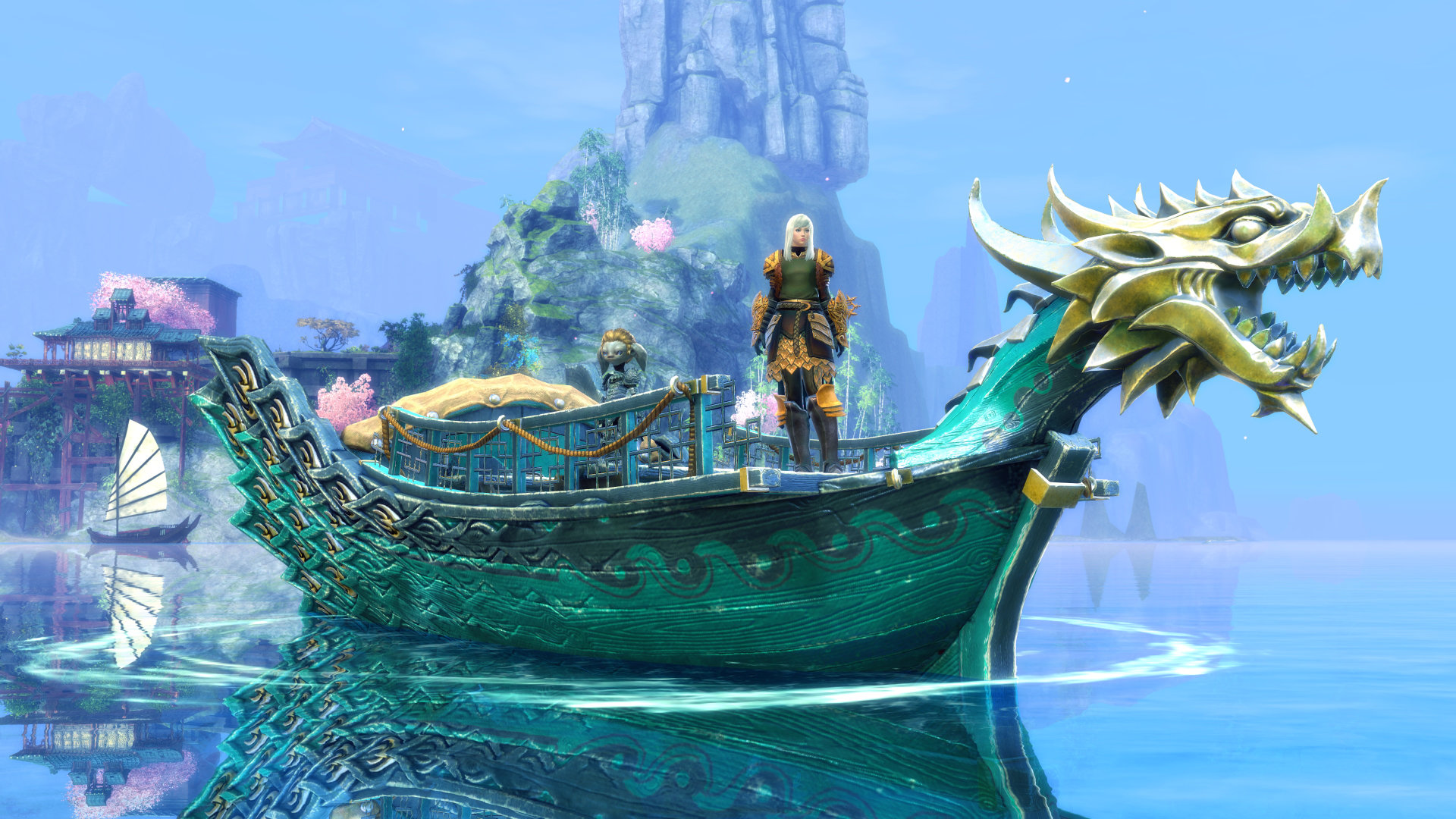 This week, ArenaNet revealed a new map and mastery line for the upcoming Guild Wars 2 expansion, Guild Wars 2: End of Dragons. The map, New Kaineng City, is the first explorable map that is also a city. Unlike other cities in the game, the sprawling environment of New Kaineng City includes renown hearts, events, and hidden goodies to discover.

New Kaineng City is covered in jade tech, which is instrumental in how players move around the map. I got to take a look at the map firsthand a few weeks ago, and one of the first things I noticed was the new traversal mechanics.

There are all sorts of devices, like zip lines that can carry you up and around the map. You can use the zip lines to easily reach the tops of buildings and check out the beautiful view of the city skyline. Between the buildings and dark alleys, there are spots of life and holographic projections of sea creatures.

Getting around New Kaineng City and appreciating the map fully will require players to take advantage of Jade Bots, a new player companion mechanic in Guild Wars 2: End of Dragons. Each player will have access to a new mastery line focused on Jade Bots. Jade Bots are small mechanisms that follow you around and help you interact the jade technology.

All around New Kaineng City are jade batteries, which you can use to power your Jade Bot. Once you have a charge, your Jade Bot can power technology all around the city, such as lights or zip lines. One of the coolest things you can do with your Jade Bot is fly it around like a drone. Jade Bots are highly mobile and fit into small places that are too large for a player character. You can also fly your bot high in the air to get the best view possible of the bustling city or get just the right angle of your character for a screenshot.

The new mastery line in Guild Wars 2: End of Dragons enables players to add functionality to their Jade Bot, such as making your bot resurrect you if you go down in combat. You can also equip different modules to your Jade Bot to add special utility, like making your fishing skiff faster or picking up items from defeated enemies for you. I look forward to seeing more of what Jade Bots are capable of as we inch closer to the February 28 release of Guild Wars 2: End of Dragons.

You can check out a trailer for New Kaineng City and the Jade Bot mastery line below: