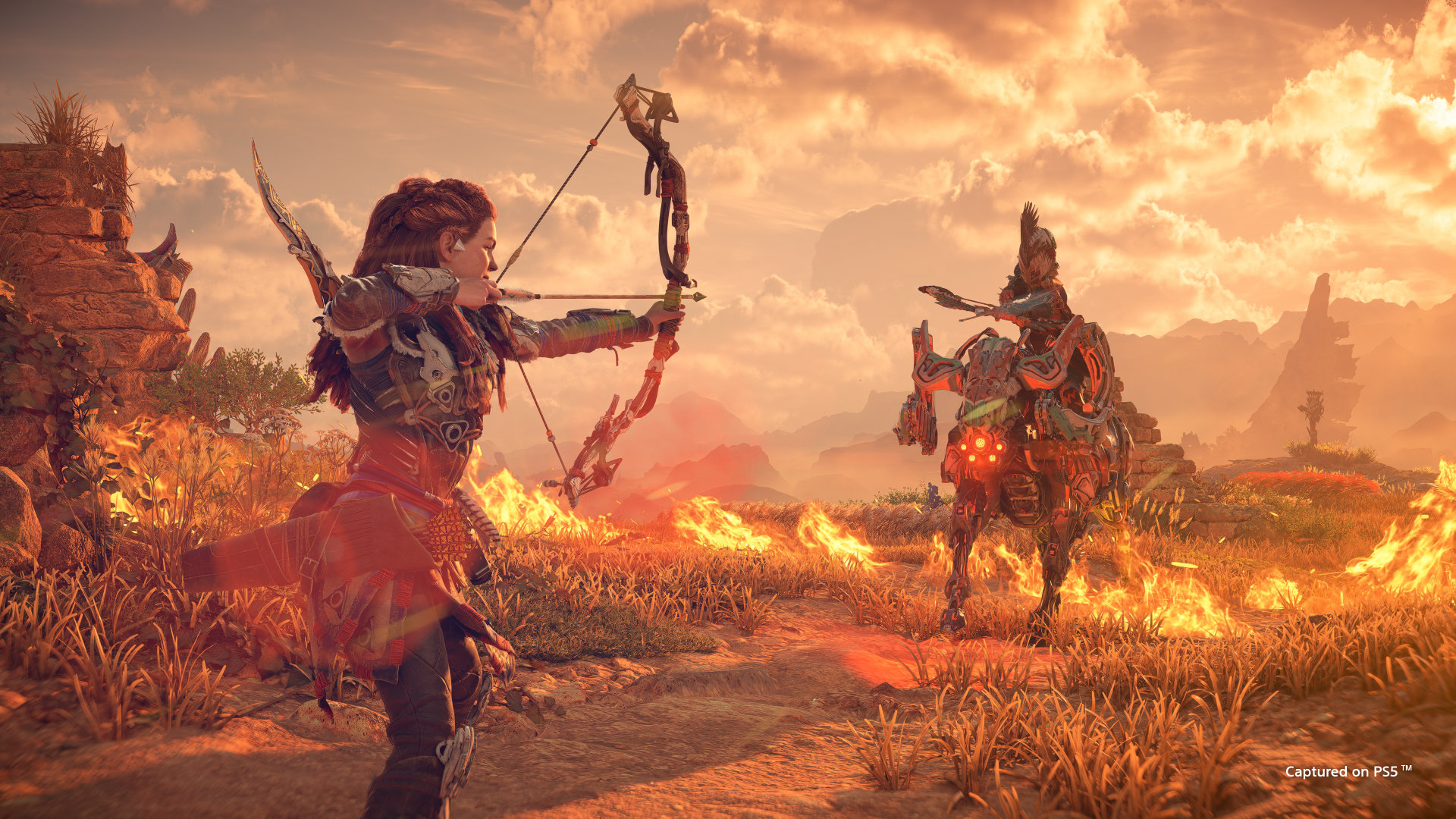 February 14th is a special day. It’s a day when loved ones gather in celebration of a blissful feeling that comes but once a year. Romantic partners toast in good cheer, while children simply hope to snag a piece of chocolate before bedtime. All around the world, there is passion.

That is because February 14th is my exact half-birthday. And the older I get, the more this tired joke of mine makes me laugh. My actual birthdate swings around, and suddenly everyone’s telling me I’m 34 or something. No one bats a lash when I turn 34.5, which means I can enjoy a much cooler birthday-related vibe without friends making a big deal that I’m a bit closer to the edge of eternity.

That reminds me! There are RPGs coming this week, so let’s talk about those.

I didn’t know GetsuFumaDen: Undying Moon existed until just a few days ago when it was shadow-dropped during last week’s stunning Nintendo Direct. I feel bad about that; I truly do!

Undying Moon is the sequel to a Japan-only Family Computer game. It’s gorgeous, it’s been in Early Access since last May, and many people seem to like it. So if you haven’t already picked it up on Switch, it leaps out of Early Access on Steam this week! This game is beautifully drawn, and every panel oozes such style and strength that it would make for an excellent visual novel, with naught but still imagery to accompany storytelling twists and turns. The ever-lush Ukiyo-e artwork is just outstanding.

And yet, this is a full-fledged action RPG, a full-motion slash-and-caster with momentum and grace. (It’s even published by Konami, makers of the original game, which is wild?) The demon lord Ryukotsuki has returned to the world with a host of vicious fiends in his wake. You know what to do, right? Well, yes, running away is a perfectly valid option. But there wouldn’t be much of a game here unless you dare to stand tall and slice through Ryukotsuki in the name of all that is good. So, do that.

Level me with me here — did any of you expect another Voice of Cards game anytime remotely soon? The Isle Dragon Roars was only four months ago; it’s a whole thing, innit? I would never have guessed. If you did guess, or actually knew in advance somehow, congratulations and please tell me all of your secrets, thanks.

Yoko Taro is back, alongside Voice of Cards vets Keiichi Okabe and Kimihiko Fujisaka, to deliver another exciting tale in The Forsaken Maiden, set in a “melancholic world of beauty.” I can call people Voice of Cards vets, right? So that’s technically a thing now, even though it feels like it shouldn’t be?

Well, whatever. Color me excited. I had a lot of fun with the first one. If Square wants to keep throwing coins at Yoko Taro, who am I to complain?

In contrast to The Forsaken Maiden, I feel pretty confident that everyone knows Horizon Forbidden West is upon us. Sony has made sure of it; with marketing so extensive, you would think it’s a first-party Sony title, which it is, so good job.

Heroine Aloy, whose positively wonderful characterization in Horizon Zero Dawn is the best reason to play that game this side of “because mechanical dinosaurs,” is back in this breathtaking sequel about a world-ending blight and the ruins of the Golden Gate Bridge. OK, so it’s mostly about the former and about ten dozen other things. The Golden Gate Bridge comes in at around the 121st most important aspect.

The gameplay looks grand, Aloy’s journey once again seems as personal as it is epic, and oh yeah, did you know that RPGFan star reviewer (and all-around amazing person) Caitlin Argyros has an in-progress review for your premium enjoyment? You should read that, or someone else will! We’ll update the scores and the review once she’s finished with the game (so if you’re reading this a few weeks late… well, I don’t know why you would be, but you might be confused about the “in-progress” part), but let’s just say, as a mega-fan of the first, she loves this one too.

Richard Strauss tone poetry inspired by Friedrich Nietzsche’s 1885 magnum opus? No, my friends, but wow. Good shout. It’s actually a reference to Xenosaga Episode III, a phenomenally good game that did so much right. It concluded a trilogy but left the door wide open for a fourth game that will never arrive. And now I’m sad. But at least we have Xenoblade Chronicles 3, right? Right?

Anyway, here are some more RPGs. You could say, “more RPGs also coming this week.”

What if you could play as a Viking, but not like all those other Vikings, nor in a fashion akin to the presentation of Viking culture in all those other Viking games? What if you could not just conquer villages but romance them? No, not the people within their crumbled walls. The villages themselves. Look, do you want to spend the rest of your life with a town for your significant other or not? D-don’t look at me that way, Ragnar-kun… Yes, Doki Doki Ragnarok really is going to be like this. I swear.

Three years ago, Heart of the Woods enchanted thousands of players on Steam with its magical, fairy-populated world and a yuri story full of cuteness and charm. Studio Elan, the wily studio that it is, now seeks to repeat the trick on Sony hardware.

There’s this disease, let’s call it Shadow Madness, and it’s no fun at all; it turns people into piles of ash and leaves bloodthirsty monsters in the wake of their despair. Thankfully, you’re a hero. And you have access to spells called Beeswarm and Flamebless. So do your duty, just as Ted Woolsey would’ve wanted you to do in 1999. Yes, this is a Steam rerelease of that PlayStation Shadow Madness.

Card-based RPGs are all the rage, but Spelldrifter combines the common concept with the “positional tactics” one might find in Final Fantasy Tactics or upcoming heavy-hitter Triangle Strategy. Come for the Magic: The Gathering, stay for the “Wiegraf, don’t open that.”

Developer Spellbook Creations touts SpellMaster: The Saga as being inspired by the classic Gothic series of video games. That should be welcome news to Gothic fans, who haven’t been thrown a bone since the phrase “Occupy Wall Street” was uttered only in jest. Wow, that got dark? Then again, we are talking about Gothic. It’s fine.

Another PC-to-Nintendo affair, Mages and Treasures is five bucks and it’s got a very sad cyclops on the cover. Five dollars and a sad cyclops. Do I need to keep selling this to you, or are we done here? The 8-bit graphics look cozy, and you can learn all sorts of magic spells. The barrels with TNT in them are conveniently marked “TNT.” Just buy it already.

I bought Pokémon SoulSilver this week! It’s a gaming albatross of mine. I played the heck out of HeartGold back in the day, but life got messy and I have no idea where it went. These DS-era Pokémon entries are seriously expensive, you know! I’ve seen copies of them sell for hundreds of dollars. I managed to grab an authentic piece for $160, which is probably a steal from what I’ve seen. I mean, I could have bought Mages and Treasures 32 times with that kind of dough, but at least it wasn’t more.

For my starter, I picked Totodile! I only ever picked Totodile once in the Johto games, and that was before Gold & Silver even came out here. I unwittingly purchased a fan-translated cart. My poor Totodile was named FERAL. Nothing made sense. Nothing. Made. Sense. [Editor’s Note: Totodile is the cutest starter, so naturally, I’m disappointed it took this long!]