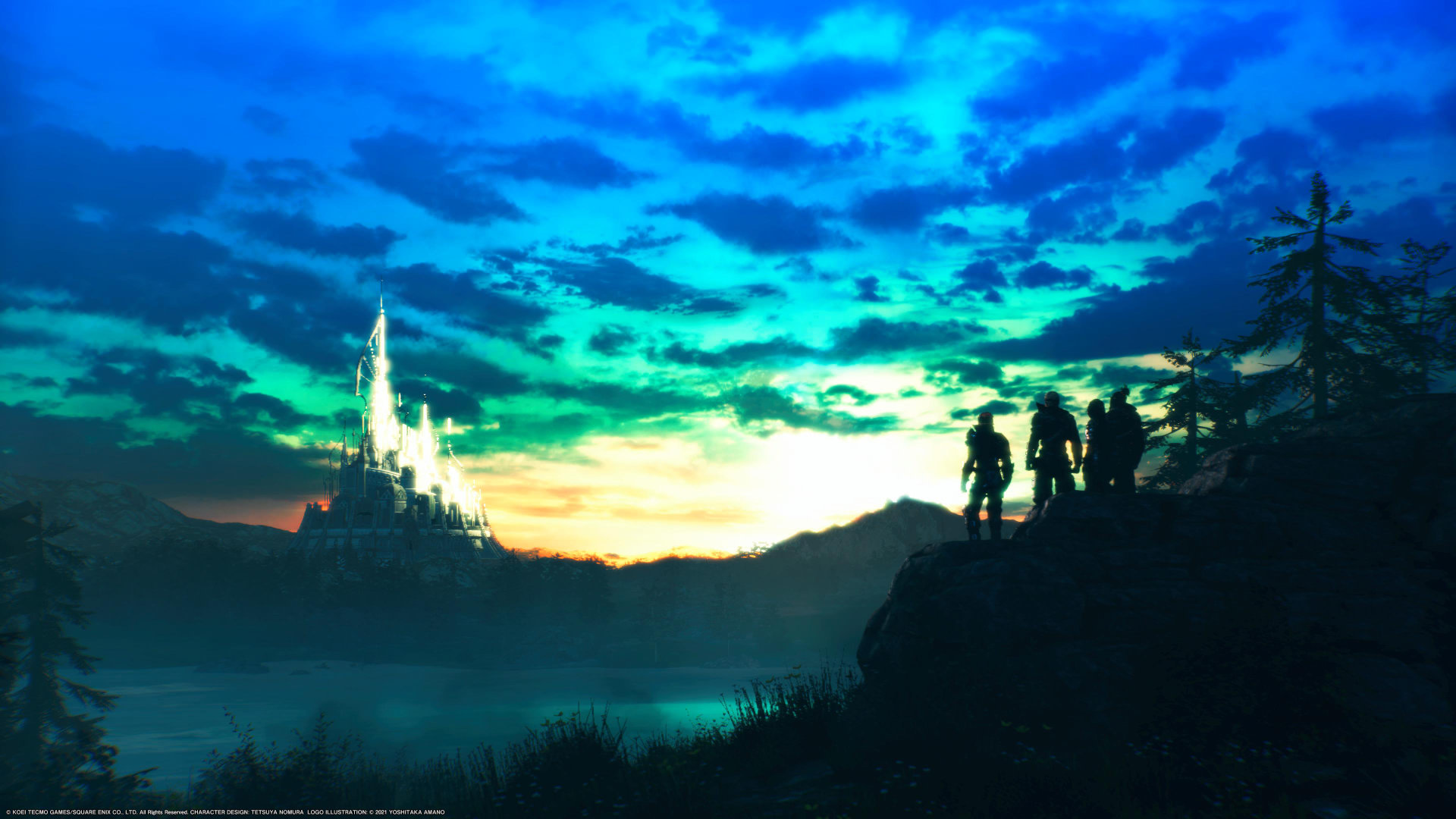 I don’t have a lot of homecooked meal comforts. I love my grandmother (may she rest in peace), but she was not a good cook. I’m not convinced she ever seasoned our chicken with… anything. It took me years to try steak again after I moved out because her definition of cooking steak was to put it down in the oven’s broiler until it had the texture of shoe leather. I kid you not, more than once, the big decision to make at the grocery store was between Top Ramen and Maruchan Ramen.

But there is one classic we ate time and again that I reflect upon quite fondly — grilled cheese sandwiches and tomato soup. Now, I’m a stickler because of my dear grandmother. It has to be Kraft cheese, which is, yes, more of a “cheese product,” I know. And it’s got to be Campbell’s condensed tomato soup, and yes, I realize it’s subpar next to your family’s generational recipe. But there are no exceptions. So, I’m eating this as I write, and it’s really, really good.

That’s it. That’s all I’ve got. Here are some RPGs Coming This Week.

It would be really neat if J. Michael Straczynski handed off the unfinished Telepath War to a talented RPG developer for a fabulous Babylon 5 mind-reading and mind-bending beatdown. Anyway, Telepath Tactics Liberated is entirely unrelated to that and a remake of the 2015 original. That’s not that long a time, really, but I can tell that the developers had more to work with this time around. Stuff definitely looks more polished.

If a friend of yours tells you not to buy this, you know what to do. Push them off a cliff!

You’re Ann. Highly-skilled. A loner. You’re on a mission in the seedy city of Metropolis. As you might expect, Metropolis is chock-full of evil corporations and dark narcissistic motives. You’re the protagonist of ANNO: Mutationem, an adventure game with RPG elements from developer ThinkingStars and publisher Lightning Games (of Tallowmere 2: Curse of the Kittens fame).

There’s a cyborg corgi. That makes up for the lackluster, canceled Netflix Cowboy Bebop adaptation. You’re hot on the hunt for a famous streamer, which totally would have factored into the plot of Blade Runner if Ridley Scott could see the future. But he couldn’t, so that’s why there’s a giant Atari billboard in the middle of that urban sprawl. [Editor’s Note: Hm, so why didn’t Denis Villeneuve throw it into the plot of Blade Runner 2049?]

Don’t play this game until you’ve played A Clockwork Ley-Line: The Borderline of Dusk, which is set before this one. Some publishers try to insist that any game is a great time to get into a series — never forget Electronic Arts marketing Mass Effect 3 as the optimal jumping-on point — but Sekai Project is none so bold. This is a visual novel, through and through, this Daybreak of Remnants Shadow, and skipping ahead to The Great Hunt isn’t a good idea no matter how many people have said so re: The Wheel of Time.

The cast attends Libra Lapis Lazuli Private Academy, which I’m pretty sure folks would shorthand to “Triple L,” but I don’t see any instance of that in the screenshots. There are branching story paths, in case you’re opposed to the visual novels without those. Technically, there are branching story paths no matter where your thoughts land on that, but I’m just a writer and English is a difficult language; cut me some slack.

Do you want me to do the thing? The thing where everything I type here is a meme? That’s what all the cool people are doing, right? I’m not going to do it, though. Weirdly, I have real things to say about this game!

I can’t decide whether Stranger of Paradise Final Fantasy Origin is for me. I’m not really huge on most Dark Souls-like stuff. The high challenge of it is neat in theory but not singularly appealing, if that makes sense. Like, nothing about it shouts directly at me as “the difficult aspect is here, so definitely play this game.” And I’m not sure about the script yet, either.

But why am I passing judgment? I’m not reviewing it, I’m not even playing it yet. Totally unnecessary, Quinton! It’s just, the whole thing hits so close to home because Final Fantasy is my lifeblood, you know? So this is where I turn things around and praise Stranger of Paradise; the Job Class system looks fantastic, and some of the music we’ve heard is rocking. And I love, love, love that the stages are all based on previous games in the franchise. Who knew the Sunleth Waterscape would make a quasi-return in 2022?

Who am I kidding? I’m buying Stranger of Paradise, even if it’s partly to tide me over until the eventual launch of a certain game I went ballistic over (in a good way) back when it was first announced. Just read our own Izzy’s sterling review of Stranger of Paradise. They fell head over heels for it.

If the lush visuals and nifty premise are anything to go by, Kate Walker and this series are poised to make a comeback in Syberia: The World Before. Let’s hope so, given that this one was delayed from late last year very last-minute. Her third outing is commonly seen as something of a mixed bag, but the first two games, especially the first, are beloved by a niche but vocal fandom.

Syberia is one of those series where, like, practically anybody I talk to about it has never heard of it. And yet enough people buy these games to leave thousands of reviews on Steam. Maybe The World Before will be its breakout? It certainly looks like they’ve upped the budget over at Microids Studio Paris.

The neat thing about this one is that you’re not just Kate in the 2000s. There’s a co-heroine, a teenager named Dana whose adventure takes place in 1937. Piecing together the interwoven aspects of these two journeys sounds promising.

Three ports (one of which is closer to a remaster) and an Early Access exit to round it all out. Not bad!

There’s a place called Paradise Island, so naturally, there’s a murder. This open-world detective whodunnit adventure game first launched on Switch and Windows back in 2020. It’s pretty hard to talk about the game’s actual premise without sounding bonkers and thus spoiling the experience, so just go and buy it. Caitlin covered it back when it launched and found a lot to like!

We’d like to extend our humble congratulations to developer GrapeOcean Technologies for completing work on isometric, party-based RPG Black Geyser: Couriers of Darkness. I’ve seen several Steam reviews from its Early Access phase where the author has compared Black Geyser favorably to the likes of Baldur’s Gate, which, wow. Count me in.

Our treasured Audra Bowling gave Dark Deity a stellar 91 in her review of the Windows version last year, citing it as a game for Fire Emblem fans. One look at this one and we’ll think you’ll agree at least with the latter portion of that sentence.

I think it says a lot about the current state of the COVID-era industry that Persona-loving fighting game fans are looking forward to this PS4 remaster of a PS3 game 16 months into the lifespan of the PlayStation 5. Anyway! I’ve never played these Arena games, but I understand that, like most Persona spin-offs, they’re canon? So maybe I should give them a whirl… Going by former reviewer Derek Heemsbergen, I should at least try this one.

The classic monster-of-the-week dungeon-crawler hops onto PS4 in all its neat music and hoppin’ style. That said, stuff gets pretty gross, like, transphobic gross. Just a warning.

Looks like the Chaos meme was waitin’ for ya at the bottom of the article.