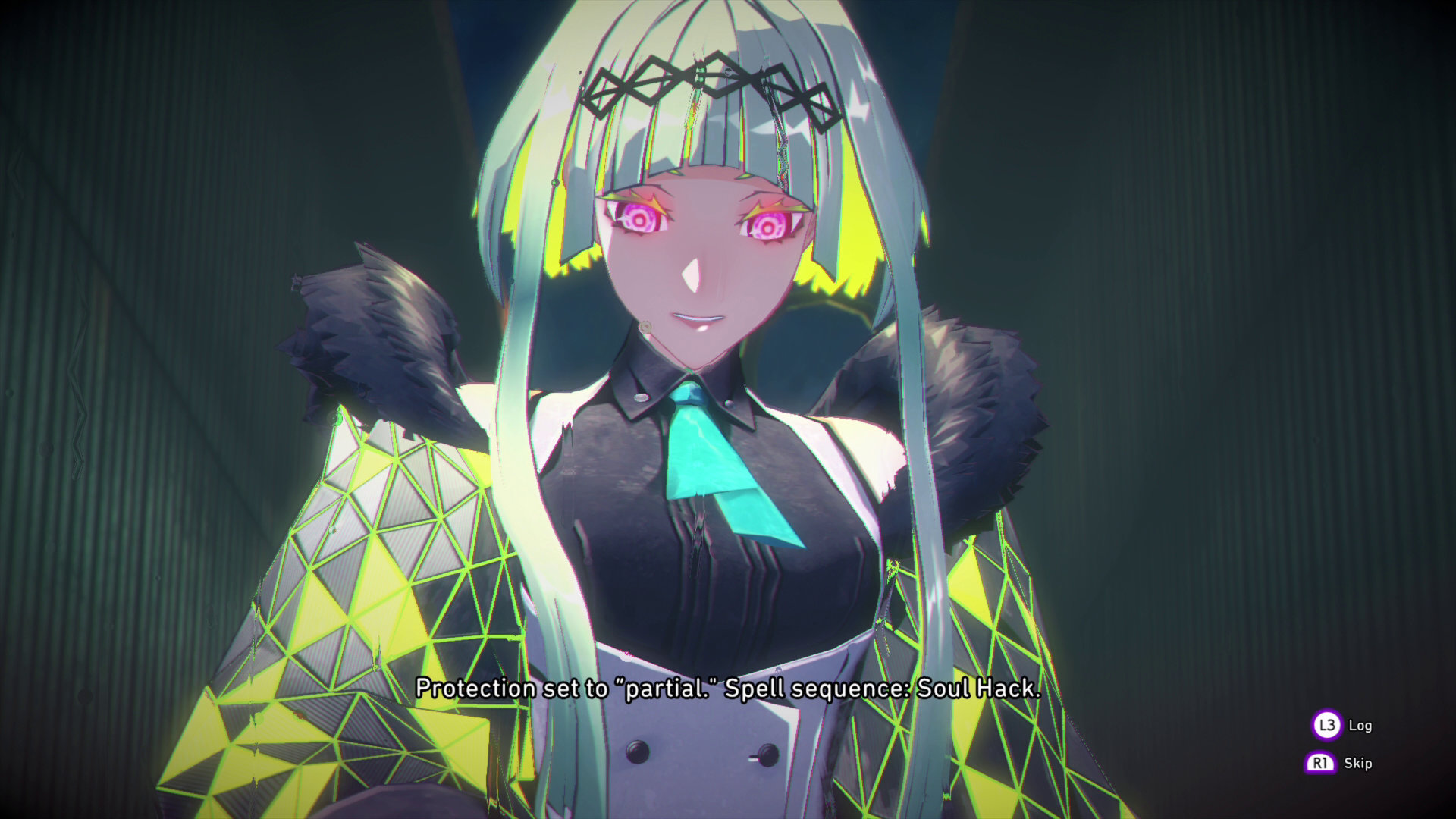 Atlus just dropped a fresh trailer for Soul Hackers 2, and be forewarned—it’s pretty graphic. Have a look below, and make sure to enable captions if you can’t read or speak Japanese.

The game’s Japanese website was also updated with new profiles for the three characters that appear at the start. Their names are Iron Mask, Zenon, and Ichiro Onda, and the first two belong to the Phantom Society, one of the factions mentioned in the first preview. Gematsu has you covered with a full translation of the new deets, so do check it out.

The Soul Hackers 2 trailer was a barrage of disturbing visuals and juicy tidbits. For one, we now know what a Covenant is; it’s the long, glowing piece of “tissue” that Zenon yanks out of Onda and eats. Yikes. The Phantom Society seems to want to bring about the end of the world by keeping all of these Covenants, so there’s our reason to root for our heroes.

As far as other notable new story events, we watch poor Ringo get blasted in the leg by Iron Mask. And she and Arrow go looking for a “Kuzunoha” at one point, so it looks like Soul Hackers 2 will retain some connection to Devil Summoner even though they’ve dropped it from the title. We also got to peek at COMP customization and some returning demons; I managed to spot Cu Chulainn and Kudlak.

The 25th Anniversary physical edition of the game will come with an Aiho-kun figure and DLC, anniversary book, music album, and Mary’s Maid Outfit DLC. The Persona 5 costume and BGM set will be an early purchase bonus, and comprise a Phantom Suit for Ringo, Pirate Suit for Arrow, Red Lover Suit for Milady, Prince Suit for Saizo, the “Keeper of Lust” battle track, and a Phantom Mask accessory, which increases the critical rate for gun attacks. Sadly, we can’t confirm just yet whether these bonuses will be available outside of Japan.

Soul Hackers 2 launches on August 26th for PlayStation 4 and 5, Xbox One and Series X|S, and Steam. As always, keep up with RPGFan for the latest updates!