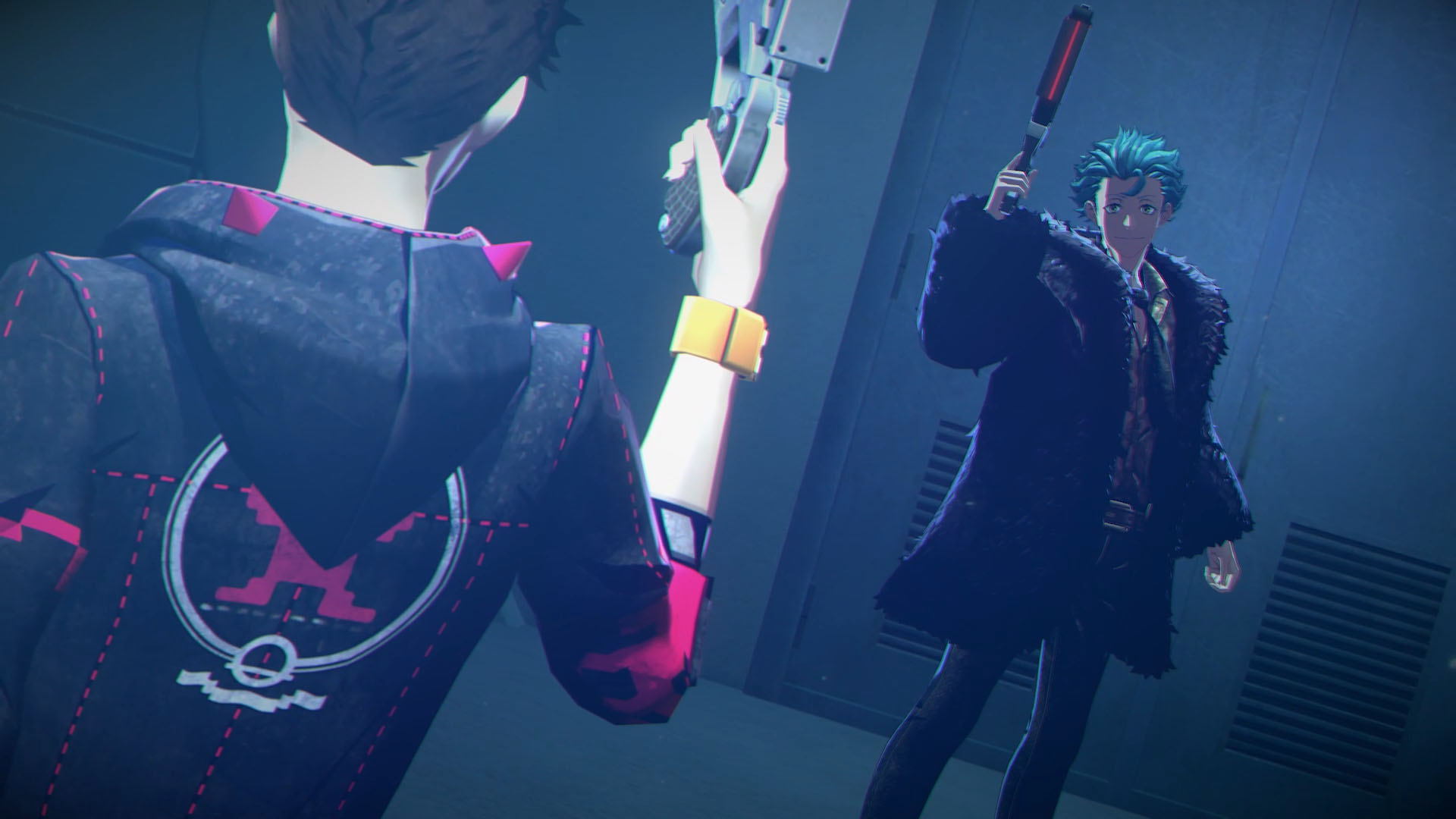 The Soul Hackers series is back after 25 years, and we have a new trailer showcasing the Devil Summoner, Arrow! Along with the trailer, we have a healthy serving of screenshots and information on Arrow and the people you’ll encounter throughout Soul Hackers 2!

First up, let’s watch the trailer:

Now, let’s talk about Arrow! He is a quiet but passionate member of Yatagarasu, a Devil Summoner faction. He has been designated by Aion as a “protected target.” In battle, he uses the COMP: Mk90 Summoning Gun, a gun-type weapon that specializes in ice and support skills. He is a huge support for his allies with high endurance that allows him to eventually shield his comrades.

Favorite Place: Atop the Butterfly Machine

Concerned About: His proximity to Milady

Next we have Raven, a former member of Arrow’s Yatagarasu. He is a veteran first-class summoner, but now he places his kindness and social skills into running an orphanage. With his calm demeanor, he serves as a mentor for Arrow and a source of guidance for Ringo and party.

Last, we have Kaburagi, a member of the Phantom Society, a Devil Summoner Faction, who has a close past with Arrow. Despite this connection, the cheerful Kaburagi, who loves his friends and justice, actually killed Arrow during one of his missions. However, with the conceit of the game being bringing Devil Summoners back to life, we’ll see how the two reconnect.

Lastly, check out a bevy of new screenshots and art:

Soul Hackers 2 releases for PlayStation 4, PlayStation 5, Xbox One, Xbox Series X|S and PC via Steam worldwide on August 26th. The Japanese version hits a day earlier on August 25th. If you need more information in your veins, don’t forget to check out our previous coverage that focused on Soul Hackers 2‘s plot and gameplay mechanics. Stay tuned to RPGFan as we learn more!