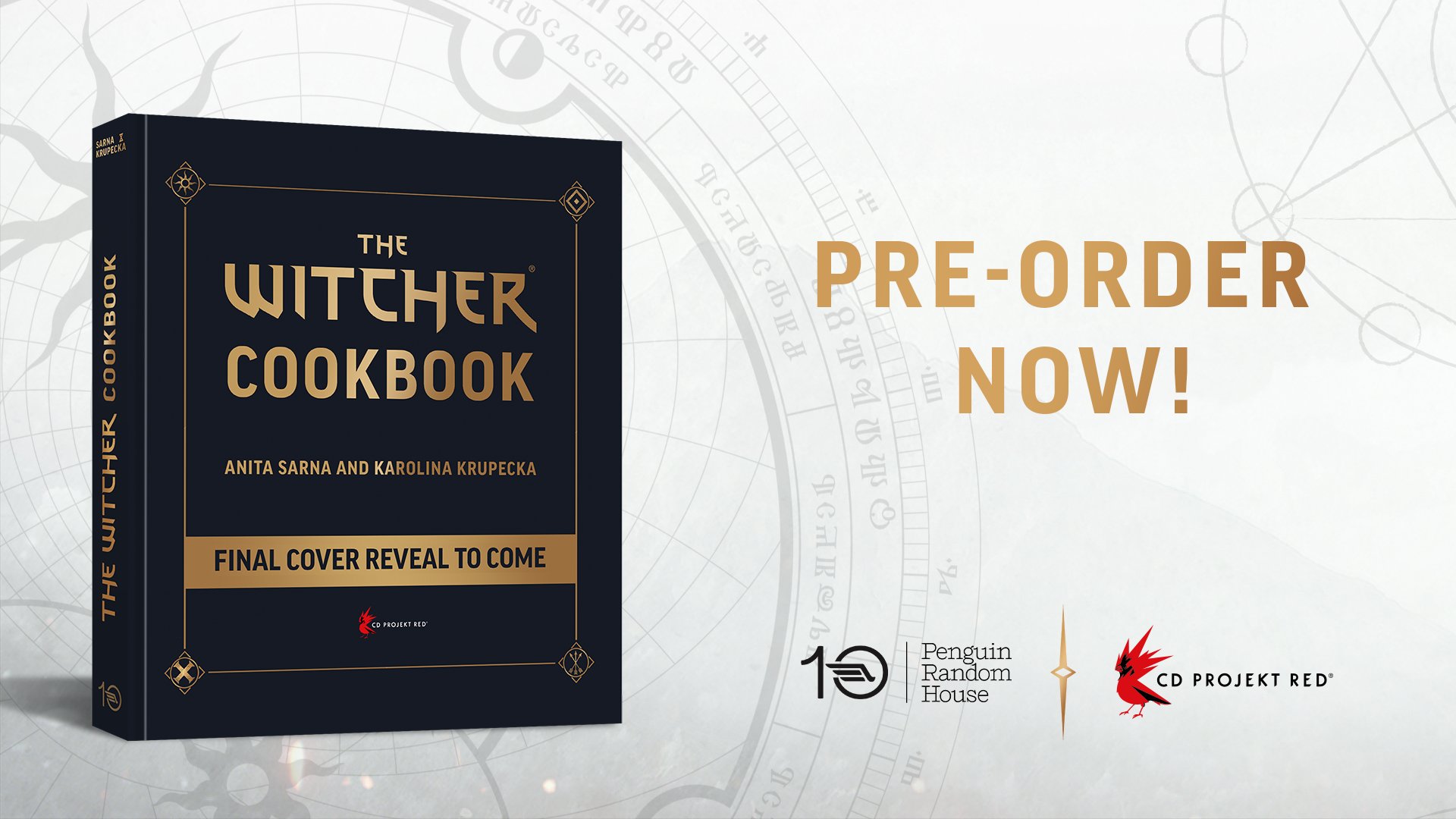 CD Projekt RED, developers of the critically acclaimed The Witcher series, have made an exciting announcement for fans that love to get experimental in the kitchen! The series, which most recent entry is The Witcher 3: Wild Hunt, will be receiving an official cookbook.

Take a culinary journey through the fantastical world of The Witcher with thoughtfully imagined, flavorful recipes inspired by The Witcher‘s expansive settings, characters, and lore. In this beautifully photographed cookbook, Anita Sarna and Karolina Krupecka, the creators of fan-favorite food blogs Nerds’ Kitchen and Witcher Kitchen, share their meticulously-researched, immersive recipes that give fans a taste of the distinct flavors a witcher might sample as he travels the countryside in search of monsters to slay and coin to earn.

The dishes included in the book use local and seasonal ingredients, whilst adding unique twists in an effort to convey a culinary map of the Continent. Those who purchase the book can expect to find a wide variety of recipes inside including stews, baked fruit and even mulled drinks. Every recipe takes inspiration from locations within The Witcher universe, for example, fish dishes from the port city of Novigrad and snacks from the market of Oxenfurt.

Set to release October 25th, the cookbook will be available in both hardcover and eBook forms. The hardcover will retail at $35.00 USD, whilst the eBook will sell for $14.99. The Witcher Cookbook is available to pre-order now from a variety of US retailers including Amazon, Target, and Walmart. For those in Europe, the book has a retail price of €35.00/£26.65 and is available through Amazon.

Are you planning on sharpening your swords — sorry, I mean knives — in preparation of the October release? Perhaps you’re still hungry for more news on the franchise? If so, make sure to read RPGFan’s coverage on CD Projekt RED’s recent announcement, in which the studio confirmed it has begun work on the next installment in the series!