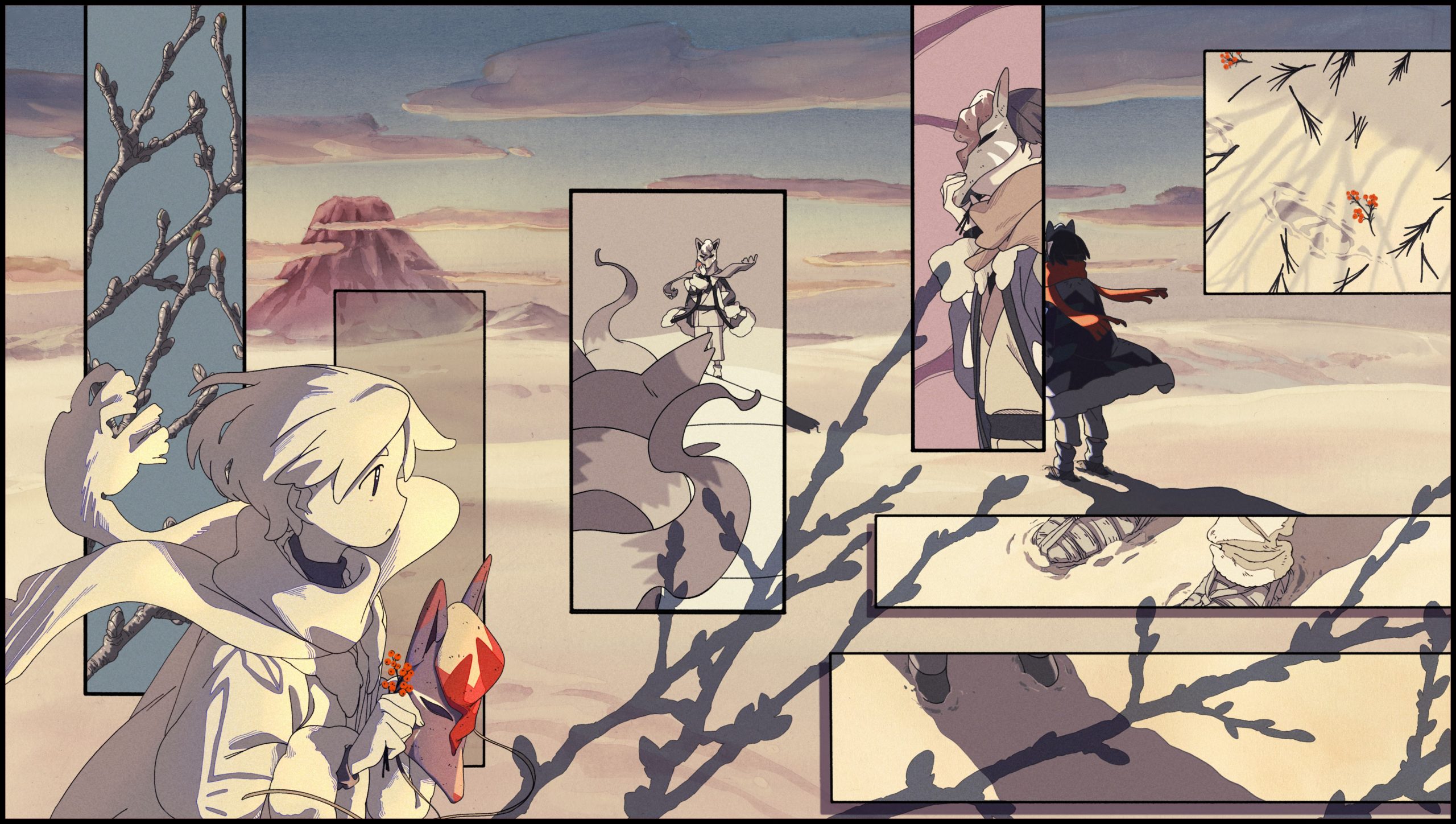 The Pokémon International Company has announced the first details for Pokémon: Hisuian Snow, an anime web series set in the world of Pokémon Legends: Arceus. The series was initially announced during the 2022 Pokémon Day celebrations. The first of a three-episode run will premiere on May 18th exclusively via the official Pokémon YouTube channel and Pokémon TV.

The series will explore the ancient Hisui region, the dangerous locale explored by players in Pokémon Legends: Arceus. Its focus is on Alec—the protagonist of Pokémon: Hisuian Snow—as he journeys to the Hisuian region aboard a boat, seeking medicinal herbs as part of his aspirations to become a medical doctor. During his youth, Alec’s father taught him that Pokémon and humans could not coexist. A chance encounter with a Hisuian Zorua in the present day brings the opportunity for coexistence in the snows of Hisui.

The series comes as a collaboration between the Pokémon International Company and Wit Studio, who have previously worked together on the Pokémon the Movie: The Power of Us (or Everyone’s Story in Japan) and produced the first three seasons of the popular anime Attack on Titan.

Pokémon: Hisuian Snow looks to be an exciting expansion of the worldbuilding laid in Pokémon Legends: Arceus framed through the lens of a story about companionship amidst wintery climes. I have no doubt it is highly anticipated both by us here at RPGFan and fans of Pokémon worldwide.

Stay tuned to RPGFan for all news Pokémon and RPG!