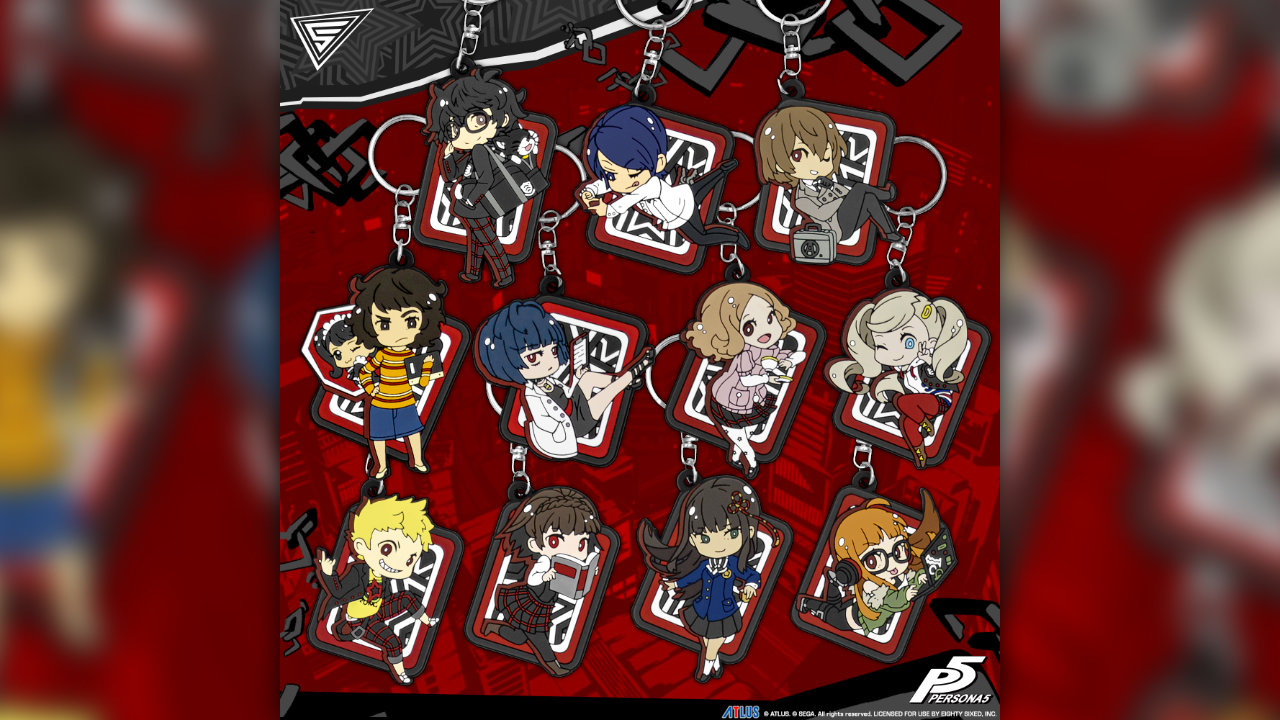 Atlus have revealed a new line of Persona 5–themed keychains, which have been made in collaboration with video game apparel brand Eighty Sixed!

The new collection of keychains features each of the Phantom Thieves, as well as a few of the confidants that feature prominently throughout Persona 5. The characters included in the collaboration are as follows:

If you’re interested in picking a keychain up, make sure to act quickly as they’re only available exclusively through the Eighty Sixed website. With it being the Persona 25th Anniversary, Atlus have committed to a multitude of announcements through the coming months. In fact, we received news earlier this month on this year’s Super Live Concert—click that link to learn more. If you want to keep up to date with everything announced, make sure to keep an eye out on RPGFan where we’ll make sure to cover everything revealed as part of the Persona anniversary celebrations!