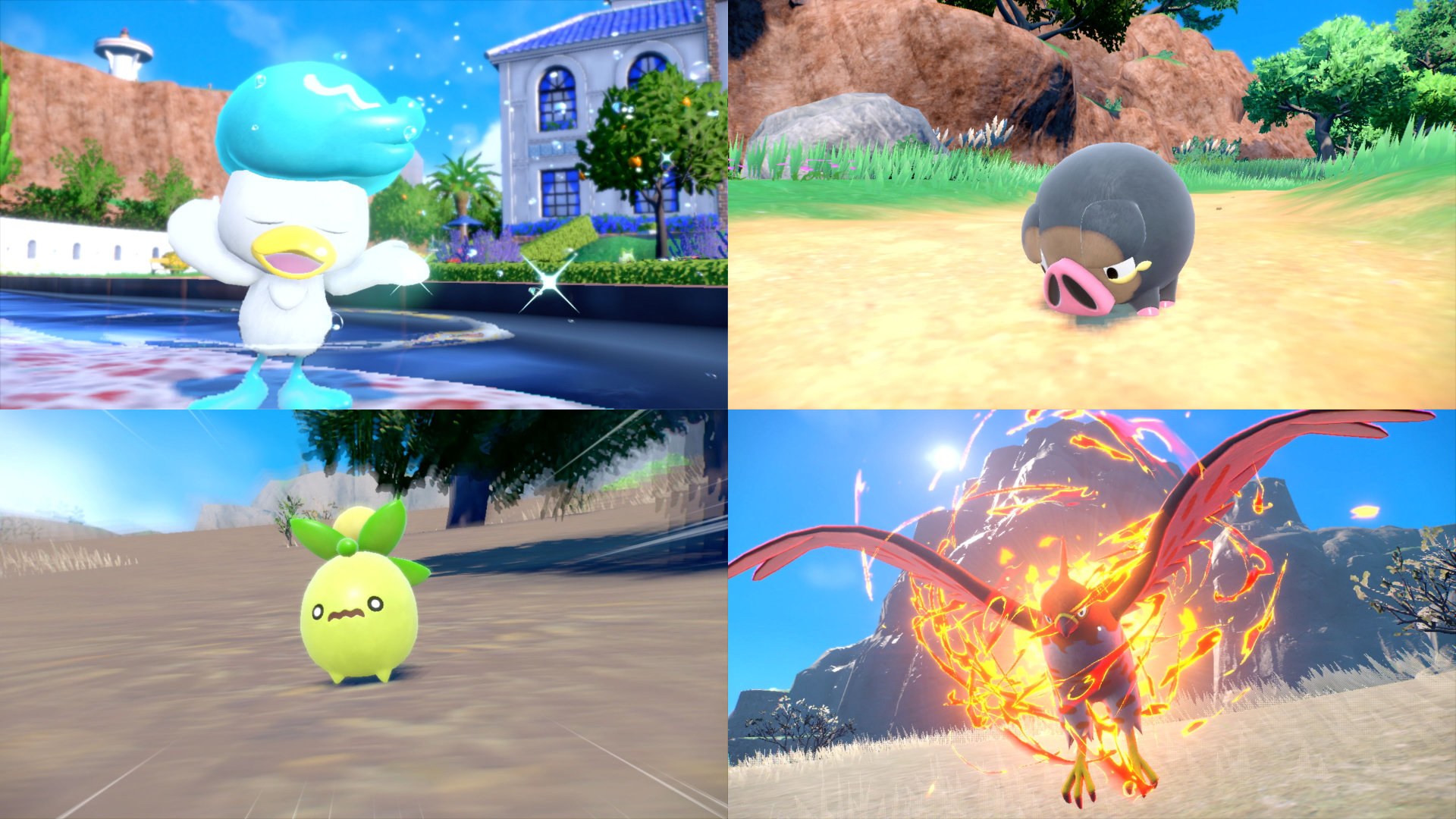 The first open-world RPGs in the Pokémon series, Pokémon Scarlet and Pokémon Violet offer Trainers the opportunity to explore the various locations of the region with up to four players while also enjoying staple activities, such as trading and battling. The games also introduce newly discovered Pokémon and a fresh cast of characters.

Everything Revealed in the New Pokémon Scarlet & Pokémon Violet Trailer

Arguably one of the main factors that determine which version of the game player will choose is the version exclusive Pokémon. Luckily, the latest trailer gives players a first look at the box art legendaries exclusive to each title. The names for the legendaries have also been revealed: Koraidon and Miraidon.

The trailer gives us a first glimpse at some of the new characters and Pokémon that call the region home, these include:

Nemona has a sunny, energetic disposition and is passionate about Pokémon battles. She’s an experienced Pokémon Trainer and serves as a friend and reliable guide for players on their adventures. On their journey, players will encounter many never-before-seen Pokémon, and among them are the following three, which Nemona uses on her team.

Lechonk uses its sense of smell to find and eat only the most fragrant wild grasses and the richest Berries. As a result of its dining habits, it has come to radiate an aroma resembling herbs that Bug-type Pokémon dislike. If attacked by an opponent and startled, it will charge forward in a panic. It may appear fat at first glance, but in reality, the Pokémon’s body is mostly muscle built by constantly walking around in search of food.

The oil that comes out of its head has a very strong bitter taste, and it is not suitable for consumption.
When startled or attacked, Smoliv will shoot this oil out, slowing its opponent down. It will then seize that moment to run away. In the fruit on its head, Smoliv stores oil made from nutrients it gathers through photosynthesis. As a result, it can go for a week without eating or drinking. It prefers dry and sunny climates, and it seems to spend its days sunbathing.

Picking your partner Pokémon is often one of the most agonizingly hard choices in a Pokémon game. To help us decide, The Pokémon Company have provided us with more information on the partners available in Pokémon Scarlet and Pokémon Violet:

Capricious and attention seeking, it may sulk if it sees its Trainer giving attention to a Pokémon other than itself. When Sprigatito kneads and rubs with its forepaws, a sweet aroma is released that can mesmerize those around it. This aroma has therapeutic qualities and makes opponents lose their will to battle. The composition of its fluffy fur is similar to plants, letting it create energy by absorbing sunlight. It adds moisture to its fur by grooming itself, which aids its ability to photosynthesize.

Fuecoco is laid-back and does things at its own pace. It loves to eat, and it will sprint toward any food it finds with a glint in its eye. External heat is absorbed by the square scales on Fuecoco’s stomach and back, then converted into fire energy. These scales are always warm, and at times they can also grow very hot. Flickering atop Fuecoco’s head is fire energy that is leaking out from inside the Pokémon’s body. When Fuecoco gets excited, its head spouts more flames.

This serious-mannered Pokémon will follow in its Trainer’s wake. Quaxly is tidy, and it especially dislikes getting its head dirty. Its body is always glossy because the gel secreted by its feathers repels water and grime. The coif on its head is slicked back using a rich, moist cream, and it becomes unkempt when dry. It has strong legs and can swim without difficulty even in places with strong currents. In battle, it kicks its opponents swiftly and repeatedly.

The Pokémon Company have revealed that in Pokémon Scarlet & Pokémon Violet, players will be able to will properly interact with other real-life trainers outside of battle for the first time. Alongside the usual trading and battling, players will be able to explore some parts of Pokémon Scarlet & Pokémon Violet‘s open world with up to three other players.

As a huge Pokémon fan, this latest trailer only has me more excited for the release of Pokémon Scarlet & Pokémon Violet later this year, on November 18th! If you’re like me and want to keep up with all the latest new regarding the new game, RPGFan is the place to be. Also, If you happened to have missed the initial reveal of Pokémon Scarlet & Pokémon Violet earlier this year, make sure to give our coverage of the announcement a read.

Oh, and one more thing before we get to some media, Undertale creator and composer Toby Fox is working on more music with Nintendo, and had this to say today on Twitter:

As we wait for November 18th to roll around and more information on Pokémon Scarlet & Violet, take a look at all the remaining new screenshots below: