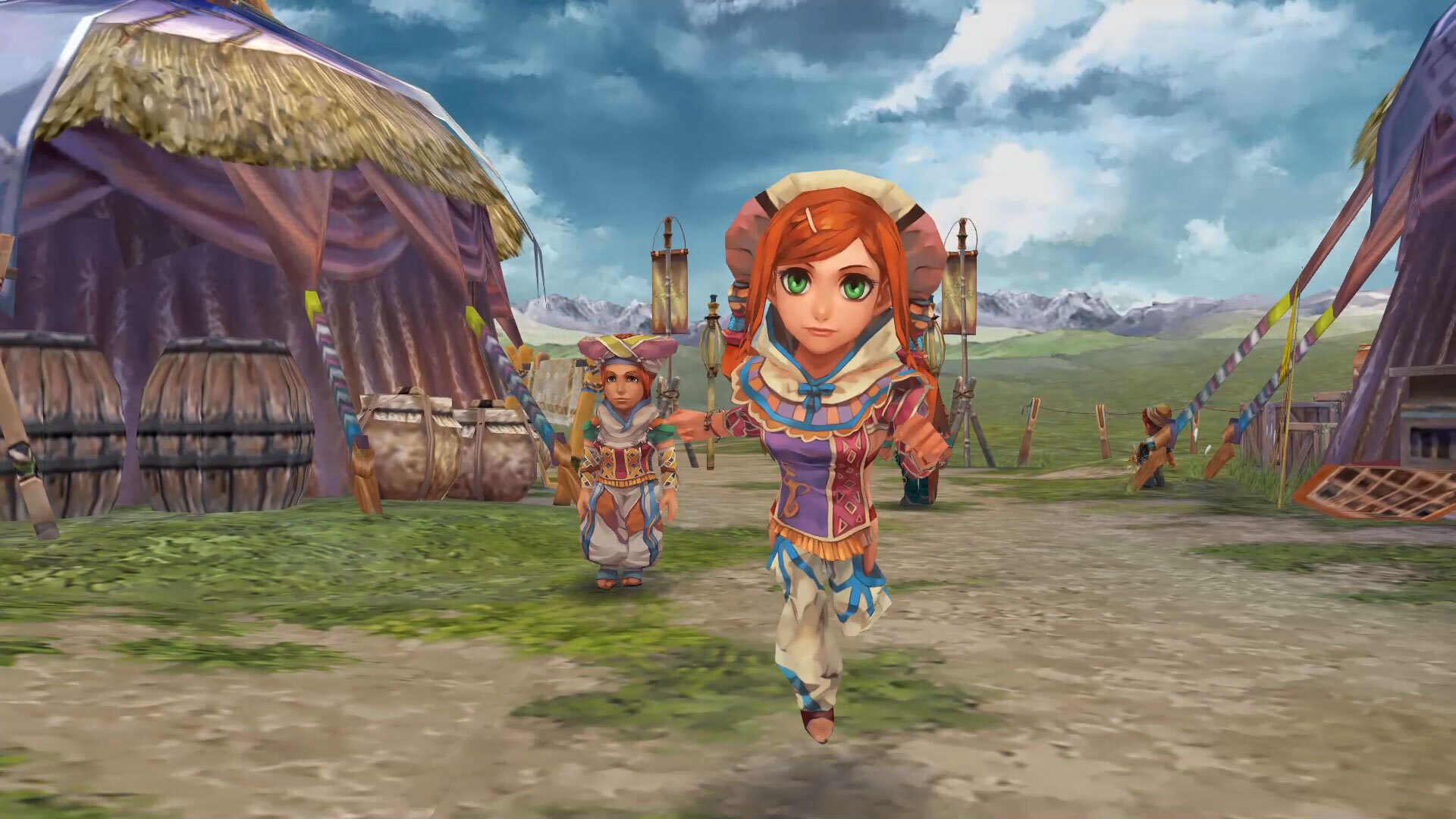 During the latest SaGa Series Official Broadcast, Square Enix announced that Romancing SaGa -Minstrel Song- Remastered will be coming to PlayStation 5 and 4, Nintendo Switch, iOS, Android, and PC (Steam) this Winter. Check out the trailer below, set to “Menuett” by J-rock legend Masayoshi Yamazaki, and read on to learn exactly what this game is about.

Romancing SaGa -Minstrel Song- Remastered is an enhanced rerelease of the 2005 PS2 Romancing SaGa remake, itself based on the 1992 Super Famicom original that never left Japan. It’s the first entry in the Romancing sub-trilogy, which comprises the long-running SaGa series’ 16-bit era. Square Enix says this new version of Minstrel Song will feature “HD visuals, refined gameplay, and even brand new content!” Here’s an excerpt from their very useful primer on the game.

Romancing SaGa -Minstrel Song- Remastered retains everything that made the original game great. For example, it features the unique ‘Glimmer’ and ‘Combo’ systems, where characters can learn awesome new abilities in the heat of battle, the beautiful illustrations, and the wonderful soundtrack by Composer Kenji Ito.

It also features the series’ Free-form Scenario System, which lets you experience the story differently depending on how you play. You choose one of eight main characters, and as you explore the vast world, your actions and decisions will weave a story that is uniquely yours.

All that already makes the game a must-play for fans of classic turn-based RPGs, but this release adds even more.

The game now features remastered HD graphics, new quality of life features that make it easier and more convenient to play, and you can even expect some new elements too!

Owing to their obtuse nature, SaGa games tend to be love it or hate it affairs, but series aficionado Patrick Gann was quite happy with the original Minstrel Song. I’d say you’re safe to jump into Romancing SaGa 2 or Romancing SaGa 3 in the meantime; these games are very tenuously connected, so you won’t be missing much at all by choosing any entry as your first. We got SaGa Frontier Remastered (a personal fave) last year, and Collection of SaGa: Final Fantasy Legend the year before, which is a compilation of the first three games. The newest entry, SaGa Scarlet Grace: Ambitions, arrived West in 2019. This is Akitoshi Kawazu‘s world, folks. We’re just living in it.

Keep reading RPGFan for all the latest SaGa news!