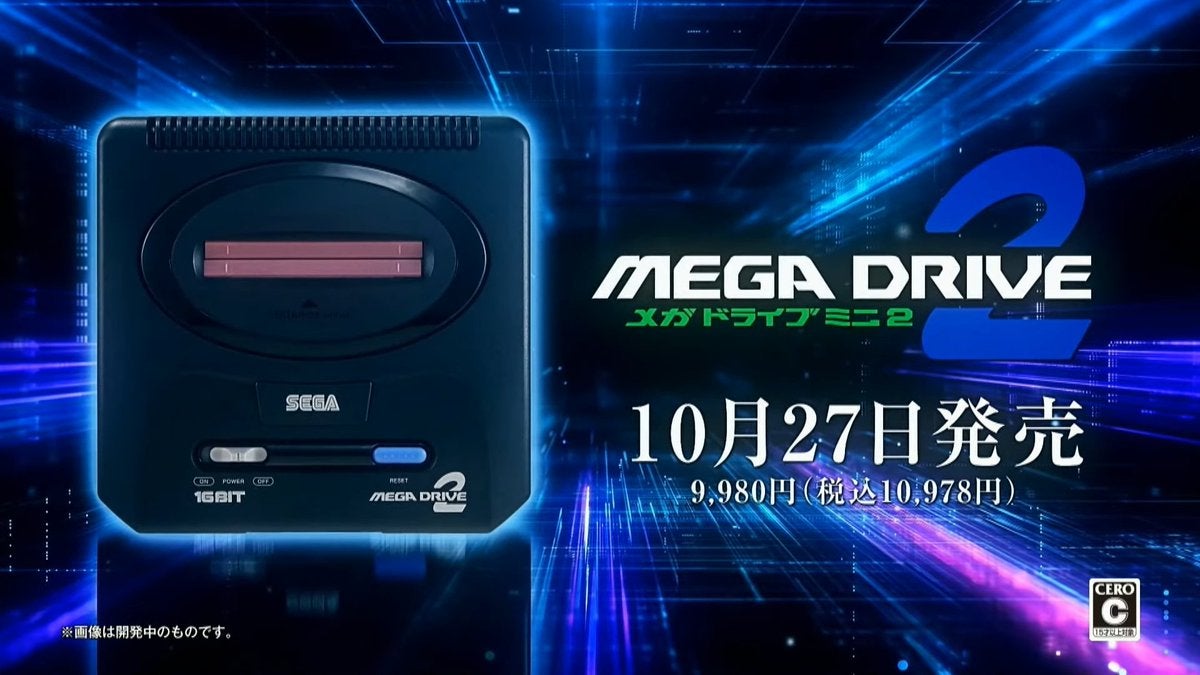 During a recent livestream, Sega have announced that a second Mega Drive Mini will be available to purchase in Japan on October 27th! The Mega Drive Mini 2, which follows the release of the first Mega Drive Mini back in 2019, will come with 50 pre-installed games and will retail at ¥9,980 JPY/$76 USD. The livestream is available for you to view below.

The Mega Drive Mini 2 will come with a catalogue of 50 games. At the time of writing, Sega have only revealed 11 games that will come pre-installed, with the inclusion of Shining Force CD, Popful Mail, and Shining in the Darkness being notable for RPG fans. The full list of the 11 games revealed so far is as follows:

Currently, we don’t yet know if the Mega Drive Mini 2 will release in the West, but seeing as the first iteration released worldwide it seems somewhat likely that the mini console will make its way here. If you’re interested in the console and want to be made aware if it does receive an international release, make sure to keep an eye on RPGFan’s news feed, as we’ll make sure to cover any such announcement.