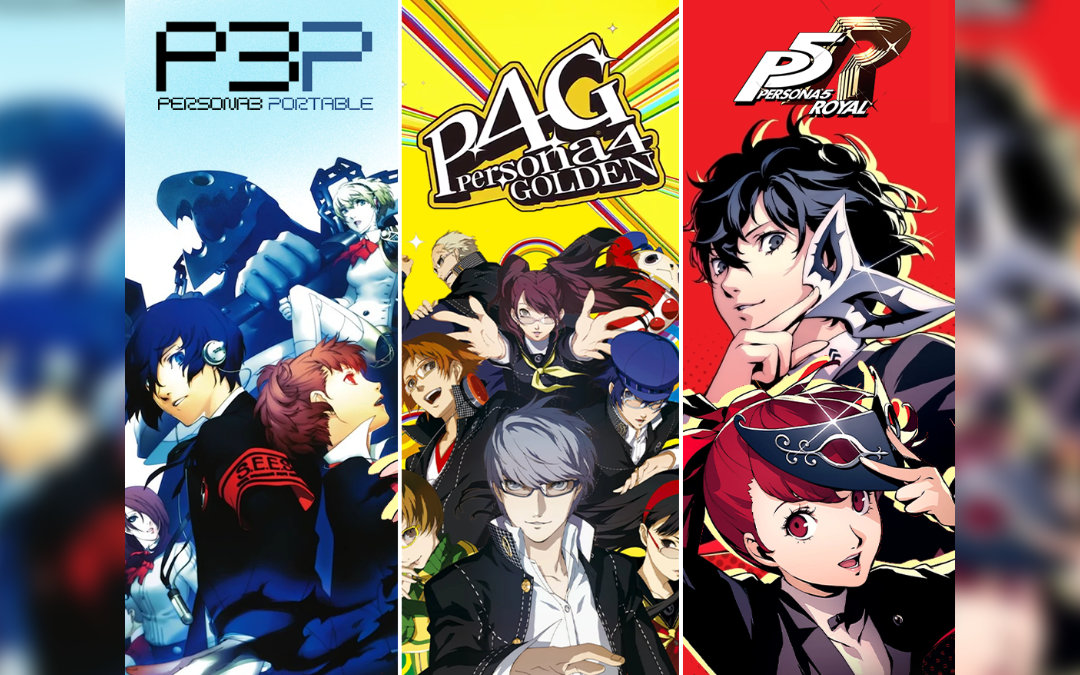 UPDATE 06/28/22: It was announced during the June 28th Nintendo Direct Mini that all three games—Persona 3 Portable, 4 Golden, and 5 Royal—will be coming to Nintendo Switch. P5R launches on October 21st, the same date as the PS5, Xbox, and Steam versions. The announcement leaked on the Persona website a few minutes before the Direct dropped.

UPDATE 06/13/22: IGN has confirmed that these titles are also coming to PlayStation 5 and Steam. P4G is already on Steam, but this will mark the first Steam releases of Persona 3 and Persona 5. The last piece of the puzzle — “are they coming to Switch?” — remains unanswered, as Atlus has not said anything about Switch releases of any of the titles.

Atlus is bringing three of their expanded editions of the hit JRPG series Persona to Xbox consoles and PC: Persona 5 Royal, Persona 4 Golden, and Persona 3 Portable. Persona 4 Golden has previously been released on PC, and you can read a detailed review by our very own Bob Richardson, though this marks the first occasion where the other two titles will be available on that platform. This marks the first time any of the three titles will be made available on an Xbox platform, and as part of Xbox Game Pass.

You can see the announcement trailer here:

Persona 5 Royal (P5R) is an expanded version of the original Persona 5 that features a new party member named Kasumi along with added social links and story scenes as well as quality of life improvements (see our glowing review, too). Persona 4 Golden (P4G) features a new social link with the mysterious Marie as well as added story content. Persona 3 Portable (P3P) is the Sony PlayStation Portable version of the PS2 original that gives players the option of playing as a female protagonist along with story scenes done in a visual novel style, plus added social links and narrative content (and yes, we have reviews of P3P, too).

The Persona series is itself a spinoff of the Shin Megami Tensei games, known for their emphasis on philosophy as well as demon-collecting. Persona focuses on high school life and how the supernatural might interact with the real world. The first of these titles to be released on both PC and Xbox will be Persona 5 Royal on October 21st, 2022. If you have Xbox Game Pass, the three games will be available day one. As we have several Persona fans on staff here at RPGFan, you can expect that we will keep you informed of any developments as they come in!