This is the kind of experience that can be simultaneously enjoyable and therapeutic. Persona 4 represents the best of what games are capable of as a storytelling medium. 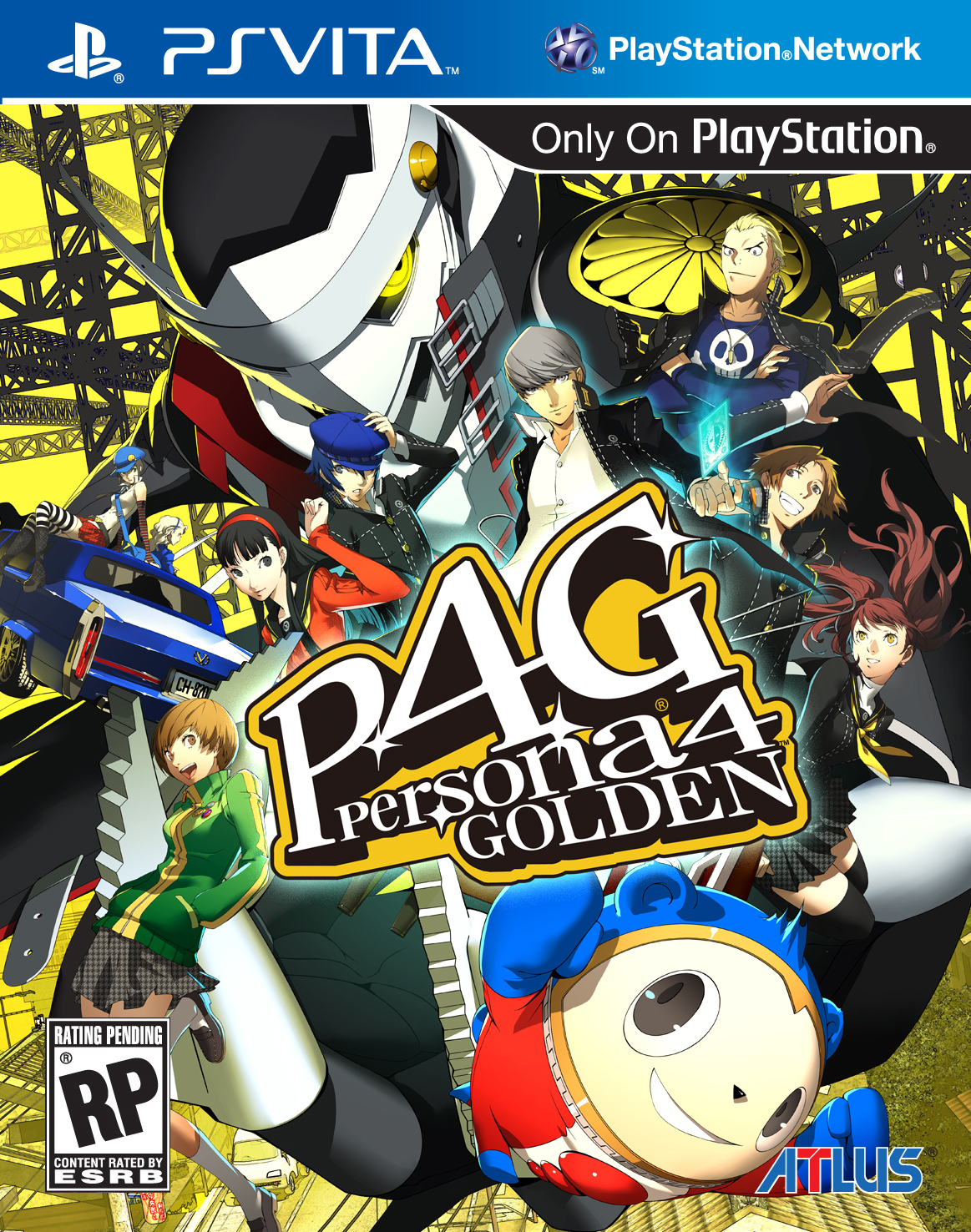 I’ve sampled a large segment of the RPG landscape since I began the hobby at age 5 on an original Nintendo Entertainment System. While playing everything in modern gaming is literally impossible, I feel I’ve dabbled in at least a portion of all of the hit series. This wasn’t true a month ago, as Persona was always something I viewed from afar and either never had access to or once I did, the games were so dated that I’d likely have “missed the bus,” so to speak. Atlus has decided to try its hand at porting to the PC, which gives people like me the perfect opportunity to experience titles like Persona 4 Golden for the first time.

Keep in mind that this is a port and not a remaster or remake. As far as technical aspects are concerned, such as crashes and proper resolutions, Persona 4 Golden functions perfectly. I had access to the game before its official release and experienced crashes related to Internet disconnection and my USB controller coming unplugged, but after its official release I haven’t experienced any crashes. Of course, with a port to PC, keyboard and mouse are almost always an option. I tried this out at the start, but immediately had to plug in my controller for a more comfortable experience.

Okay, now the fun bits: for those not in the know, Persona 4 focuses on the rural town of Inaba in modern Japan. The central cast are high school students, which is important to remember because many of the themes in this game surround growth, identity, and coming to terms with one’s inner demons. While these are themes relevant to any age, they’re especially important to adolescents, developmentally speaking. The primary character is a typical JRPG silent protagonist who all other characters adore — because. You’ve transferred to this rural town from the city to live with your uncle and niece for one year. Soon after your arrival, a strange murder takes place in town. Even stranger, denizens begin appearing on TV at midnight during rainy days, but they’re not quite themselves. Thus begins your murder mystery high school life. But don’t forget to study!

Really, who can study at a time like this? Classmates are going missing. People are dying in a town where everyone knows everyone else. The police can’t find the killer. Yet, life goes on. And, to be fair, life would have to go on. Classes would resume. That’s healthy and natural to any society. What’s peculiar is just how smoothly the hero and his friends can go from battling for their lives using monsters and magic and rescuing those who are kidnapped to studying for midterms and stressing about dates.

I may be getting too hung up on the realities of the situation, though. Perhaps it’s the setting. Persona 4 does a fantastic job of representing modern Japan in a rural setting, tapping into the sleepy, peaceful life and boredom of its teenagers. Unlike most RPGs, Inaba and its inhabitants feel like real people with real lives. Routines drive the narrative, even. So, why then are our heroes not consumed with what’s going on? If even one of them showed any degree of trauma from the experience, I’d be able to accept the bunch, but Atlus has chosen to commit to the suspension of disbelief despite the incongruity of its setting with the fantastical world thrust upon our kiddos.

At any rate, the storytelling flows at the pace and intensity the player decides for the most part. The central plot — the murder mystery — progresses on its own at set points in the game, but the player can build relationships with a whole assortment of characters using limited time each day. An efficient player might be able to expand their interactions with every single character, but someone who lazily engages in different activities will likely have to prioritize which characters they like the most or simply who has the most interesting conflict.

This is one of the most charming aspects of Persona 4. Some characters have grander challenges than others from the outset. In truth, no story here is truly unique, but the way in which the stories are told is sometimes beautiful and authentic. At other times, the characters can feel “very anime” in a way that will woo some and grate on others. I fell somewhere in between. Sometimes I just couldn’t believe how childish the interactions were, but at several other points I found myself belly-laughing. The voice acting helped heaps. Japanese voice acting, that is.

Like most quality JRPGs, the music can drive the vibe and emotional moments singularly. Even though some of the tunes occurred with shocking frequency, I honestly never grew bored of them. If poppy female vocals aren’t your thing, beware — there’s a lot of it! In truth, though, Persona 4 Golden lacks variety in music. While I enjoyed much of the music, I would have appreciated some diversity.

At the same time, the familiarity with the music seamlessly matches the familiarity with the town. Since this is a small rural town with few residents, I got to know the locations tremendously well. Sometimes days bled together as they might in this kind of rural area. I ran into the same people and developed a pattern of how I went about my day. An outsider might call this stale — and some might find this monotonous — though I found a strange comfort and sense of place in the repetition. Sometimes I felt a need to fill a character’s social link meter up to 10 in an obsessive-compulsive fashion, but other times I enjoyed knowing who was going to be available on a Tuesday and who I could reliably talk to on a Thursday. As the game dragged on, I became more invested, perhaps by virtue of just spending more time with these people.

And that’s the key phrasing: dragged on. Make no mistake, I enjoyed my time with Persona 4 Golden, but as the game neared its conclusion, I had already wrapped up my story with preferred characters. I continued talking to those who I wasn’t that invested in simply out of a desire for completion. Yes, I could have just ignored all that and gone home after school to pass time more quickly, but that didn’t feel right, either. Felt wasteful. Persona games are known for being long adventures, and with about 90 hours on the clock after I finished the entire story with almost all sidequests completed, I can say it was time well spent. I only became a little itchy during the last couple months.

While I would love to talk about some of my favorite stories from beginning to end, because the organic growth I observed was fulfilling, I am committed to avoiding spoilers. What I will highlight on, though, is the social commentary. Themes regarding gender roles and expectations are central to Persona 4 Golden. I applaud Atlus’ development team, because the vast majority of RPGs out there don’t approach these risky topics head on the way that’s been done here. Most RPGs can be boiled down to good guys fight bad guys to save the world. The end. Of course, sometimes minor themes of friendship and benevolence exist, but by nature of what Shadows are and why people are kidnapped in the first place, Persona 4 seems to have been developed with the intention of tackling people’s inner demons. And, in doing so, players may look inward and think about their own challenges. This is the kind of experience that can be simultaneously enjoyable and therapeutic. Persona 4 represents the best of what games are capable of as a storytelling medium.

Unfortunately, while a good story is truly timeless, good gameplay isn’t always. Devout fans of turn-based JRPG battles will find much to enjoy here with a vast variety of spells, abilities, and customization. Unfortunately, once a certain power level hits, most battles can be completed with area-of-effect elemental magic or physical attacks. Initially, Persona 4 has some teeth, maintains a degree of tension, and demands focus, but soon after, players will likely find themselves mindlessly just getting to the end of dungeons to fight the boss. Yes, additional difficulty levels exist, but after dabbling a bit, this seems more like a commitment to grinding than legitimate strategy. While Persona 4 ostensibly offers the ability to strategize and customize, only so much can be done with a traditional turn-based battle system.

The labyrinthian dungeons can be harrowing to traverse, because while Persona 4 doesn’t have random battles, sometimes an ill-placed Shadow can make battles feel mandatory; most of these affairs are a commitment to one’s patience and time rather than strategic foresight. Unimaginative equipment and items only further communicate the tired battle system. Fortunately, with some practice, Shadows become increasingly simple to navigate around, but if one wants to complete boring side quests for completion’s sake, expect to make repeat trips to previous dungeons.

At least the Persona are fun to collect. Fans of the series will recognize old favorites while new players will enjoy the odd, horrific, and sometimes surprisingly sexual designs. Think of Persona as adult-themed Pokémon. Don’t worry, nothing NSFW here. It’s not that kind of game. The designs speak to the skilled artistry of the designers, though. While Persona 4 is an old game — and the 3D environments can be a difficult sight to behold — the illustrations are still stylically sound and eye-catching.

Persona 4 Golden has been a bucket list game for me for several years now. I put the Devil Survivor series on my “best of all time” RPG list, and wanted to find out how this sister series played. At 90 hours, it better have been worth it! Occasionally misty-eyed, infrequently laughing out loud, and other times pensive as I sit idly, controller in hand, I can honestly say it was time well spent. With this successful port, I hope that Atlus finds the drive to put Persona 5 on PC as well, because I’ll definitely bite.

A bit too long, dated visuals, repetitive everything.

For the time rich, this JRPG behemoth will enrich the lives of many and occasionally frustrate with its monotony.