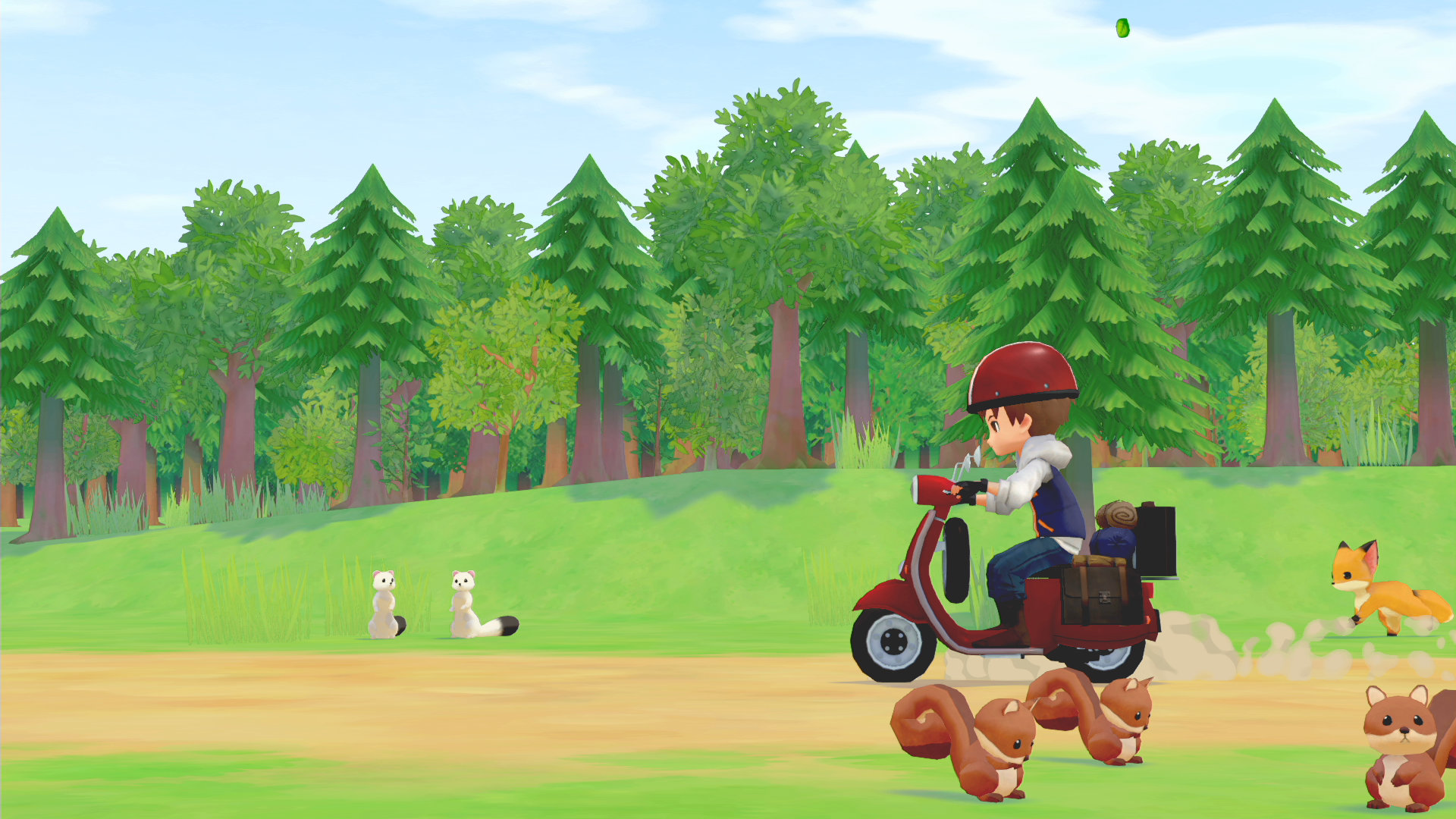 Story of Seasons: Pioneers of Olive Town comes out July 26th for PlayStation 4, over a year after it launched on Nintendo Switch. It’s the latest in the long-running farming and life sim series that dates back to the SNES. (Technically. It’s a long story.) Check out the trailer below.

The DLC Expansion Pass features the “Animal Attire,” “School Uniforms,” and “Yukata Set” outfit packs, the “Olive Town Mystery Files” and “The Legendary Sprite Dance” sub-scenarios, and the
“Windswept Falls,” “Terracotta Oasis,” and “Twilight Isle” Expansion Packs – all three of which
include two additional marriage candidates from past games in the STORY OF SEASONS series. Three additional costume sets inspired by previous STORY OF SEASONS entries (“Pete and Claire’s Overalls,” “Yuto and Naomi’s Hoodies,” and “Henry and Holly’s Western Attire”) will also be included with all Expansion Pass purchases.

You can preorder physical copies of Story of Seasons: Pioneers of Olive Town via the Xseed Games Store, also priced at $39.99 USD. If you have a preferred retailer, the official website has links to those that’ll be stocking the game, so check that out.

STORY OF SEASONS: Pioneers of Olive Town offers a cozy life/sim experience with the series’ signature charm, taking players to the charming seaside burg of Olive Town on a quest to revitalize their grandfather’s dilapidated farm. An untamed wilderness awaits that can be customized down to the very tile, and further exploration yields fantastical lands – Earth Sprites lead the way to gardens where the seasons never change, an island in the sky, or even the inside of a volcano! The nearby port town offers delights for hardworking farmers with festivals, charming shops, and the promise of new friendships that may turn into romance.

STORY OF SEASONS: Pioneers of Olive Town also offers such fresh features as: quests to revitalize and expand the town, fantastical transportation options such as a motorcycle or a wolf, and a firstperson photography mode, and so much more!

Story of Seasons: Pioneers of Olive Town is available now on the Switch eShop and Steam, and it’s 25% off until July 8th. Xseed reported last year that the game over-performed sales-wise—selling 700,000 copies worldwide—proving that the audience for these games is still thriving. Peep Niki’s preview and review for our take. Need a cozy website to browse while farming? RPGFan’s the place for you!