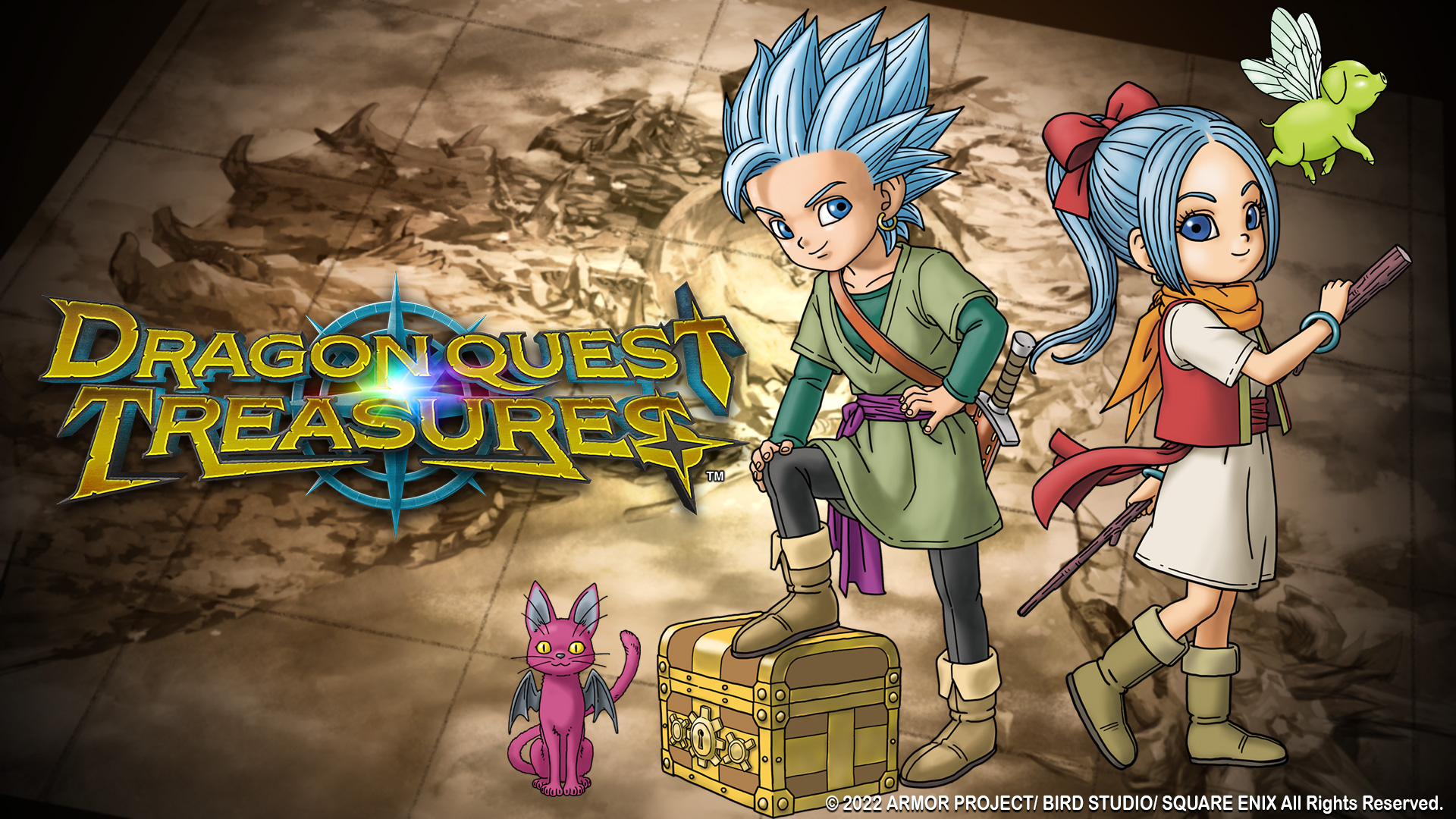 The Nintendo Switch-exclusive “treasure hunting adventure” (and Dragon Quest XI prequel slash spinoff) Dragon Quest Treasures finally has a release date: December 9th. It was one of several announcements during the latest Nintendo Direct Mini. Give the trailer a watch below. (It might just be me, but the music’s pretty loud—enough that it may get difficult to hear the voiceover.)

It’s a treasure hunter’s paradise! Two siblings’ treasure-hunting dreams become reality as they are whisked away to the magical and mysterious realm of Draconia. Erik and Mia, along with their cute companions Purrsula and Porcus, team up with a menagerie of skilled monsters to track down tantalizing treasure in this DRAGON QUEST series spin-off. Oodles of riches are just waiting to be found! X marks the spot when DRAGON QUEST TREASURES launches on Nintendo Switch on Dec. 9th.

We were expecting more Dragon Quest Treasures details following last month’s teaser, so consider that pledge honored. Here’s the eShop description, which goes into a little more detail on the gameplay. It may not be a Dragon Quest Monsters game anymore, but it certainly seems to retain much of the DNA.

Erik and his sister Mia live on a Viking longship, dreaming of the day they can explore the world in search of grand treasure. One night they encounter a pair of otherworldly creatures, Porcus and Purrsula, and are whisked away to a mysterious place known as Draconia – a legendary land full of treasures just waiting to be discovered. The adventure Erik and Mia have always dreamed of is finally underway!

With the vast world of Draconia to explore and tons of tantalizing treasure to find, Erik, Mia, and their cute companions will need some help. The team soon befriends and recruits a veritable variety of well-mannered monsters. By making use of these monsters’ magical visions of hidden treasure and their unique treasure-hunting abilities, our heroes will race over open fields, scale cliffs with a single bound, and glide over gaping chasms to locate loot in even the most fiendishly inaccessible spots!

Venture into a vast, varied world where twists, turns, and mysteries lie hidden on your path to discovering the legendary treasure of Draconia!

Dragon Quest Treasures is shaping up to be an interesting take on open-world exploration. I guess you could say we’re fortunate to have this? Keep up with RPGFan, a treasure trove of all things role-playing!