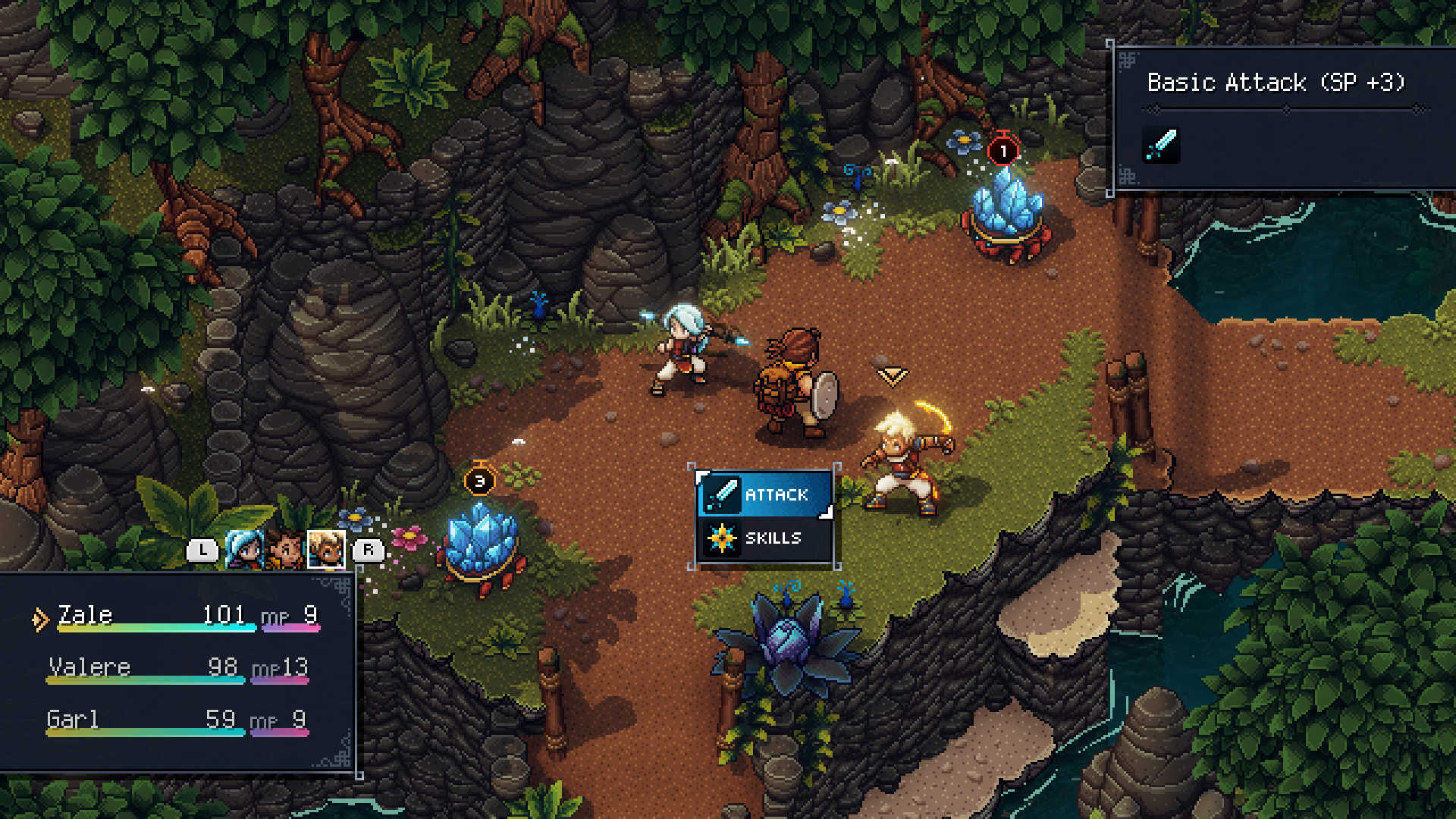 Sabotage Studios has announced that Sea of Stars will be available on PlayStation consoles when the title launches next year in 2023. Previously, the title had only been confirmed for Nintendo Switch and PC via Steam. The development studio has also confirmed that the title will support cross-buy, meaning those who purchase Sea of Stars on PS hardware will get both the PS4 and PS5 versions at no additional cost. Alongside this announcement, an updated gameplay trailer has been shared on the PlayStation YouTube channel:

Sea of Stars is a turn-based RPG inspired by the classics. It tells the story of two Children of the Solstice who combine the powers of the sun and moon to perform Eclipse Magic, the only force capable of fending off the monstrous creations of the evil alchemist known as The Fleshmancer.

Following the announcement that the title would be coming to PlayStation consoles, a post was published on PS Blog that revealed the following information regarding Sea of Stars‘ turn-based combat:

Actual turn-based – In Sea of Stars combat is purely turn-based without any time bars, avoiding pressure in order to let the player make decisions at their own pace instead. Each of the six playable characters come with a small kit of four spells/skills with differing damage types and patterns, which can be combined with other characters’ moves.

MP has a very low cap but regenerates when using normal attacks, creating a flow where using magic in a regular fight is expected, while the big heavy hitter spells have to be paced with some normal attacks when fighting a boss.

No random encounters means every fight is designed manually to offer a unique pattern of enemies that can be analyzed and optimized by the savvy Solstice Warrior, and other combat features come together into a dance between utility and damage.

Locks – Enemies that mount spells or special skills will display a bar with locks, each with an icon of a certain damage type. Breaking locks will weaken the upcoming move, while breaking all of them will cancel it altogether. Each of the six playable characters can dish out damage efficiently in one or two of the types, further supported by their skill/spell kit which offers pattern variations (like AoE or multi-hit).

Timed hits – In order to make turn-based combat more engaging, pressing the action button in sync with the animations increases damage output while reducing incoming damage. The outcome of virtually every combat action can be influenced by pressing the button at the right time(s), whether it’s bouncing a lunar projectile back and forth, blocking enemy attacks or fetching a better snack out of a backpack.

Combo Moves – All combat actions build energy that eventually turn into combo points, which can be spent to perform dual attacks combining the patterns and damage types of both characters. Combo points are the only cost (no MP) and they are lost when the battle ends, so there are no downsides to spending them!

Boosting – Normal attacks generate “live mana”, which can be absorbed by any playable character when they need an extra kick. Boosting can be stacked up to three times, each adding a portion of the character’s magic attack to their next action. It also comes in handy when a character’s unique magic damage type is needed but they are out of MP.

Hotswap without friction – While the battle party has a max of three characters on screen, you’ll be able to switch for any character from the back lane at will and at no cost, it doesn’t even spend a turn!

Sea of Stars was recently delayed and is now expected to release sometime in 2023 on Nintendo Switch, PlayStation, and PC. The more we see of the title, the better it looks, and every new reveal just makes me more excited to get my hands on the game. For more information on Sea of Stars, as well as all the other indie RPGs heading your way, RPGFan is the place to be.