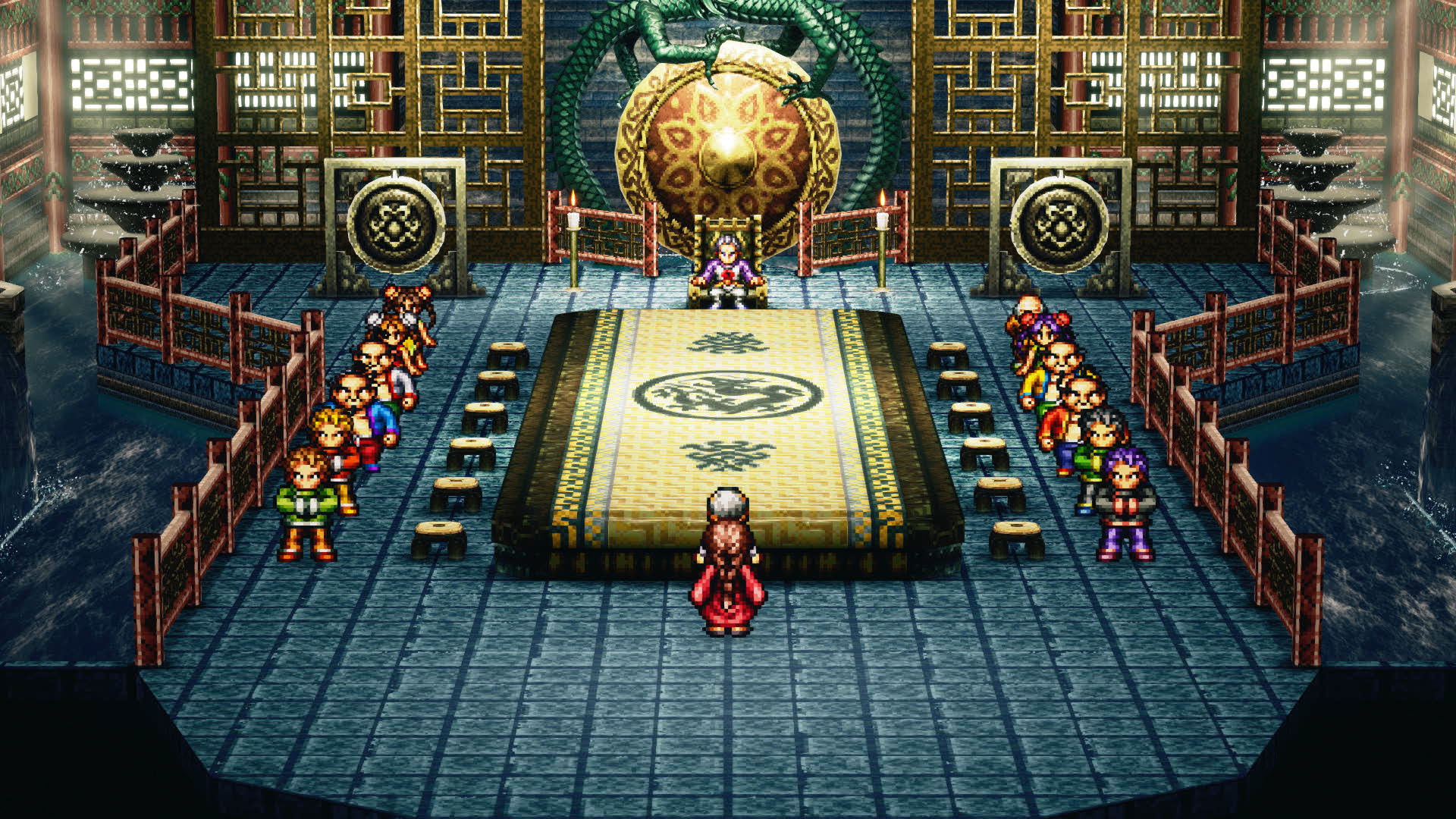 I often wonder whether my southern hemisphere friends feel left out when the bulk of the planet’s population has settled in the bountiful northern lands. Australia, New Zealand, and a great many English speakers in other southern nations must constantly wade through references to northern-centric commentary on weather patterns. There are dedicated regional websites, of course, but some sites have no thorough replacements. (Like RPGFan, if we’re namin’ names!)

And so, for you, my sterling southern fam, today I will pretend that my worldview mirrors your own.

It’s really cold outside. I like the cold, but it’s like, super cold. Right now, and I say this every year yet never quite end up sticking to it, but right now, I would do anything to skip ahead to January when the sun is beating down on me like a mallet to pork tenderloin. Oh, sweetest January, fierce in heat and definitely not snowy.

How am I doing so far? Oh, and before I forget, there are RPGs coming this week, so let’s talk about them.

As Dusk Falls follows two families tangled together by fateful events beginning in 1998, and gradually moving forward across 30 vast years of repercussions. I’m old enough to remember when three-decade generational epics ended in 1998, but here we are. Next someone’s going to tell me JNCO jeans are decades out-of-style.

With a unique aesthetic that blends painterly vibes with hyperrealism, I reckon these visuals are either going to do it for you in a big way or not at all. Regardless, what you’re looking at here is a point-and-click adventure (yesss!) that begins in small-town Arizona with a botched robbery that reverberates in the hearts and minds of those two families for a long, long time. Hope, betrayal, sacrifice, and Xbox Game Pass — these are a few of my favorite things, and As Dusk Falls has them all.

Time was, if you wanted a solid isometric action RPG extravaganza, you either hooked up your PC and played some Diablo, or you eschewed the entire notion and went back to Xenogears. I’m sure you can guess which path I chose in life.

But in ignoring Baldur’s Gate: Dark Alliance and its sequel, which just so happens to be arriving on modern hardware with technical bells and whistles this week, my console-exclusive adolescence skipped a beat. These games were spoken with nearly the same reverence as Blizzard’s dark fantasy phenomenon, after all, and a whole new generation of players can experience the second entry on just about every modern platform under the sun. (As a reminder, we’re Australian today, so we welcome the sun right now.)

Oh my god. So like, imagine that you’re in line for a midnight launch at EB Games Australia, right? And everyone else is there for Call of Duty 37: When Duty Calls 3, and someone asks you which platform you’re getting it for, and you reply without breaking eye contact that you’re actually here for Muv-Luv Alternative Total Eclipse Remastered.

Naturally, this PC-bound enhanced port of an older-era, Japan-only visual novel isn’t getting a physical release. But that’s OK. Perhaps it’s best we maintain some basic containment measures here, given the premise: humanity was invaded by ruthless aliens in 1973, and it’s now 2001, and you pilot one of our Tactical Surface Fighters in a desperate bid to prevent human extinction. No pressure.

The funniest thing about Total Eclipse Remastered, which, by the way, we may or may not be reviewing, is that the protagonist is an American hotshot… but the original version of this game was never localized in the West. Is Yuuya Bridges one of the few USA-born protagonists never to speak a word of English until his game gets modern attention? Maybe, I don’t know. I’m not some video games historian. I’d guess yes?

The more I think about it, the more I realize that Octopath Traveler is pretty much the best thing that Square Enix could have possibly brought to the world in 2018. Love it or hate it, and I personally happen to adore it, that game’s HD-2D engine is responsible for such epic project green lights as March’s Triangle Strategy, an upcoming remake of Dragon Quest III, and yes, oh yes, the first ever Western localization of 1994 cult classic LIVE A LIVE.

What is LIVE A LIVE? For starters, it’s a game that trended with over 500,000 tweets the other day, and that’s kind of wild, right? There’s just something about Nintendo’s marketing, eh? More to the point, it’s a grid-based, turn-based-ish old JRPG that follows several heroes and heroines from various points in Earth’s timeline as they each have their own adventure. From distant prehistory to the distant future, Square Enix did an immaculate job giving each setting its own complete vibe, and there’s a certain connective tissue to it all that I think you will find satisfying.

Yeah, so like, in our main section this week, we have a remaster, another remaster, and a remake. I realize this stuff often ends up populating our ports section below, but all three of those games are big, big news, so here we are.

That’s not to say these last four are anything to scoff at, mind you.

I think Square finally gets it. Stranger of Paradise is a fun game, make no mistake. But from the moment it was unveiled, it was the biggest batch of memes since Metal Gear Rising: Revengeance… except, in this case, the studio didn’t actually seem to realize it at the time. Jack is either magnificent or terrible; I’m not sure there’s a middle ground here. Own it, I say, and thanks to recent social media humor like multiple polls asking fans who their favorite representatives of each job class are — cheekily including Jack in every pic — I think they’re finally owning it.

The twisted twists and complicated characterizations of the Danganronpa franchise continue their assault on mobile devices as Ultimate Summer Camp stakes out some land on iOS and Android. If you’d rather kick it conventionally, grab the PS4 or Windows version instead. Just, you know, bewear the bear.

The latest monster-catching craze comes with the addition of some prime puzzles and other light 2D Zelda-like mechanics. Coromon is, in fact, a game I got to preview on behalf of RPGFan a bit over a year ago, and I had a blast. Reviews of the finished product on PC are fairly mixed, but I’m totally snagging the Switch port.

Omori is… whew. It’s the kind of RPG with an atmosphere that no triple-A publisher would ever dare tap into, which is a friendly reminder to tip your local indie dev. You really need to see this thing to understand, so rather than attempt to explain what makes its visuals so compelling, I’m going to cheat and link you to its Steam page. Watch those vids.

Since it’s so cold outside, I’m feasting on a nice very, very hot fresh-baked apple pie and some extremely warm chicken wings. I have the heater on blast, and uhh, you know, other things that make me a convincing citizen of the southern hemisphere.

Look, this started out with noble intentions. I wanted to shine a light on the other side, seeing as I talk about the weather so damn often in this column. If my one-off summer-winter-reversal masquerade made even one person feel represented, then my job is done.

But, since I strongly doubt my nonsense actually had that effect, worry not; we’ll be back next week with customary complaints about the scorching sun.

What's the game in the thumbnail?

It's Live A Live~