Coromon is Pocket Monsters Meets 2D Zelda, and I Mean That Fondly 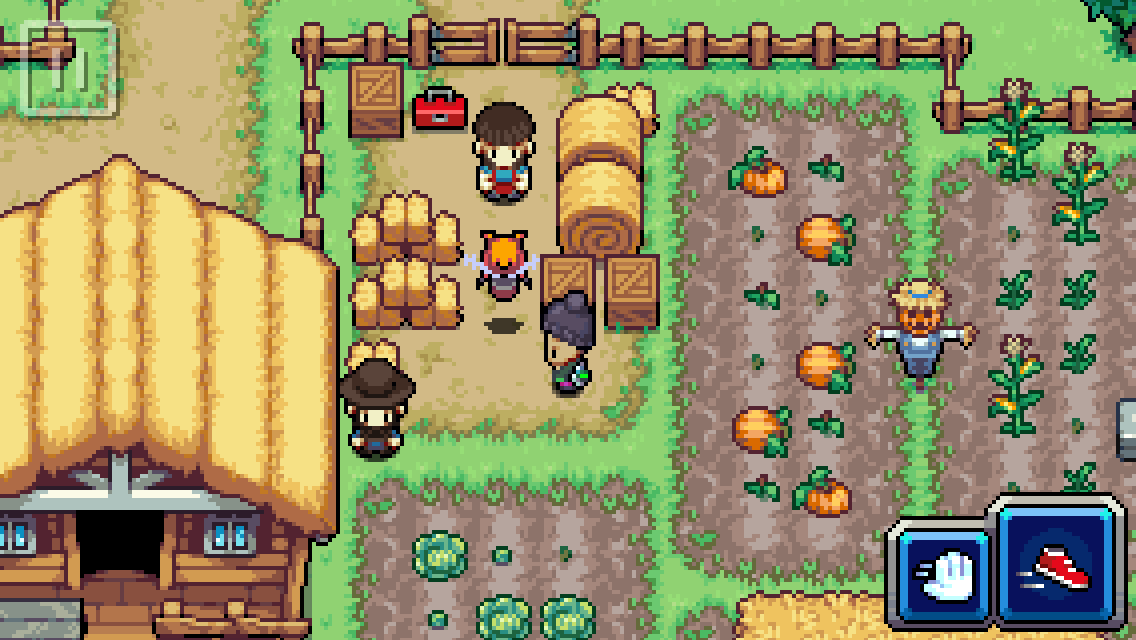 During E3’s press week, I had the privilege of attending a digital “closed doors” preview for Coromon, a monster-taming RPG published by Freedom Games that draws immediate comparisons to a certain ubiquitous global franchise that’s lasted for eight generations and counting. I also had access to an exclusive press-only variant of the game’s demo, and I’ve got to tell you, I came away impressed.

Let’s not beat around the bush; Coromon is rooted in the Pokémon design philosophy. One of your primary goals is to bring creatures to your side and then task them with battling other critters in your stead. Sometimes, your Coromon will clash with the Coromon belonging to other characters. There are legendary Coromon. They factor into the narrative.

None of this should be all that surprising, of course. Pokémon remains a ridiculously profitable franchise, with the most recent installment, Sword & Shield, selling over 20 million units for the first time since 2000’s Gold & Silver. But it’s no state secret that a substantial fraction of fans has tuned out, looking for greater changes to the formula and stronger stories and settings. Games like Temtem keep going boldly, and in this increasingly competitive field of “Poké-likes,” Coromon stands out because it has heart, soul, and… flying darts?

“We want to give the player more things to do,” CEO and story writer Marcel van der Made tells me during a fun E3 interview focused on a developer playthrough of Coromon’s abridged demo. It’s a rather simple statement relative to what I’m seeing on screen at the time.

At this point in the playthrough, the player character, an employee working for a sizable corporation that will actually pay you for your work — take note, Professor Oak — has braved their way into a dungeon with unmistakably Ancient Egyptian themes. It’s not just wild Coromon standing between the hero and their goal, but a bevy of obstacles akin to what you might expect to find in The Legend of Zelda: A Link to the Past instead. Indeed, the darts do fly; there are also puzzles and pitfalls; at one point, multiple portions of a mechanical contraption have to be aligned perfectly to present a doorway to the next room. These rooms aren’t huge, labyrinthine play spaces, nor are they compact to the point of triviality. Instead, they seem just the right size for peak player interaction, a Goldilocks of tribulations designed to flesh out the dungeon-crawling experience.

Working as a researcher in a world chock full of mystical creatures is fun in its own right, but the plot’s primary goal involves extracting “Titan Essences” from especially powerful Coromon. These Coromon, collectively known as Titans (natch), reside deep within dungeons and similar abodes across the campaign. There are six of them in all, and a shadowy organization prowling the game’s vast Velua region will undoubtedly make a bid to harness their abilities before the end.

“It’s a bit Shin Megami Tensei,” I blabber aloud as I witness Marcel van der Made’s tactical prowess in real time. He’s been cleverly bolstering the defenses of his team while systematically plucking away at the enemy’s considerable barriers. At one point, he lets a Coromon get knocked out deliberately because of its unique ability to make the rest of the team that much stronger when it perishes. The back-and-forth of it all should look familiar to any RPG enthusiast, but the blatant need to rely on buffs and debuffs against a multi-stage foe that might otherwise be a brick wall really shouts SMT at me.

One of the biggest time sinks in the mainline Pokémon games is the complex process of isolating the strongest possible Pokémon via careful breeding, battling very specific creatures for focused stat growth, and tearing one’s hair out staring at sites like Bulbapedia for help when your baby Gible doesn’t have the flawless attributes you struggle to pursue. There’s also the whole thing with shinies. Simply put, almost every Pokémon looks roughly the same, but very rarely you may encounter one with a different color scheme. It’s a whole thing.

Coromon is somewhat more grounded in these respects. Wild Coromon all come in three color types per species. These three types reflect the monster’s growth potential, with standard being the most common, potent being the first step up from there, and perfect being, well, perfect. “A potent Coromon has 1 in 20 odds of being encountered,” van der Made explains. “Perfect Coromon are 1 in 3000.” That’s quite the leap. I think most of us will be happy training our 1-in-20 loved ones, thank you very much. But for the hardcore among you, godspeed.

“We want to ensure this a strategy RPG, more so perhaps than some others,” van der Made delicately slides past naming names. It’s an admirable goal and one that – looking back for a sec – is a vital element to the pulse-pounding nature of the Titan boss battle.

Another thing you won’t see mimicked from Pokémon is the “HM” system, wherein certain types of creatures are eligible to learn special moves that can enable you to progress through the game world. Strength moves boulders, for example; Flash lights caves. Instead, Coromon enables the player character to handle similar situations themselves, courtesy of the cutting-edge technology available to them. Nice to see the kids are able to take a break and let the hero handle the heavy lifting.

In the final telling, I think it’s that appreciable teamwork between trainer and monsters that may elevate Coromon above some of the other contenders in the war to make a successful indie Pokémon stand-in. You aren’t just a lad or lass relying fully on your squad here, selecting attacks in battle and otherwise content to stand back the whole way through. You’re a valuable member of your own team in Coromon. You’re an adventurer, an investigator, a person with a stake in the way the story unfolds. You’re not afraid to get your hands dirty alongside your pals.

“We have a lot of love for this style of game, and we hope that is transparent in the work we do,” van der Made wraps up my interview with him. I’d say that it does.