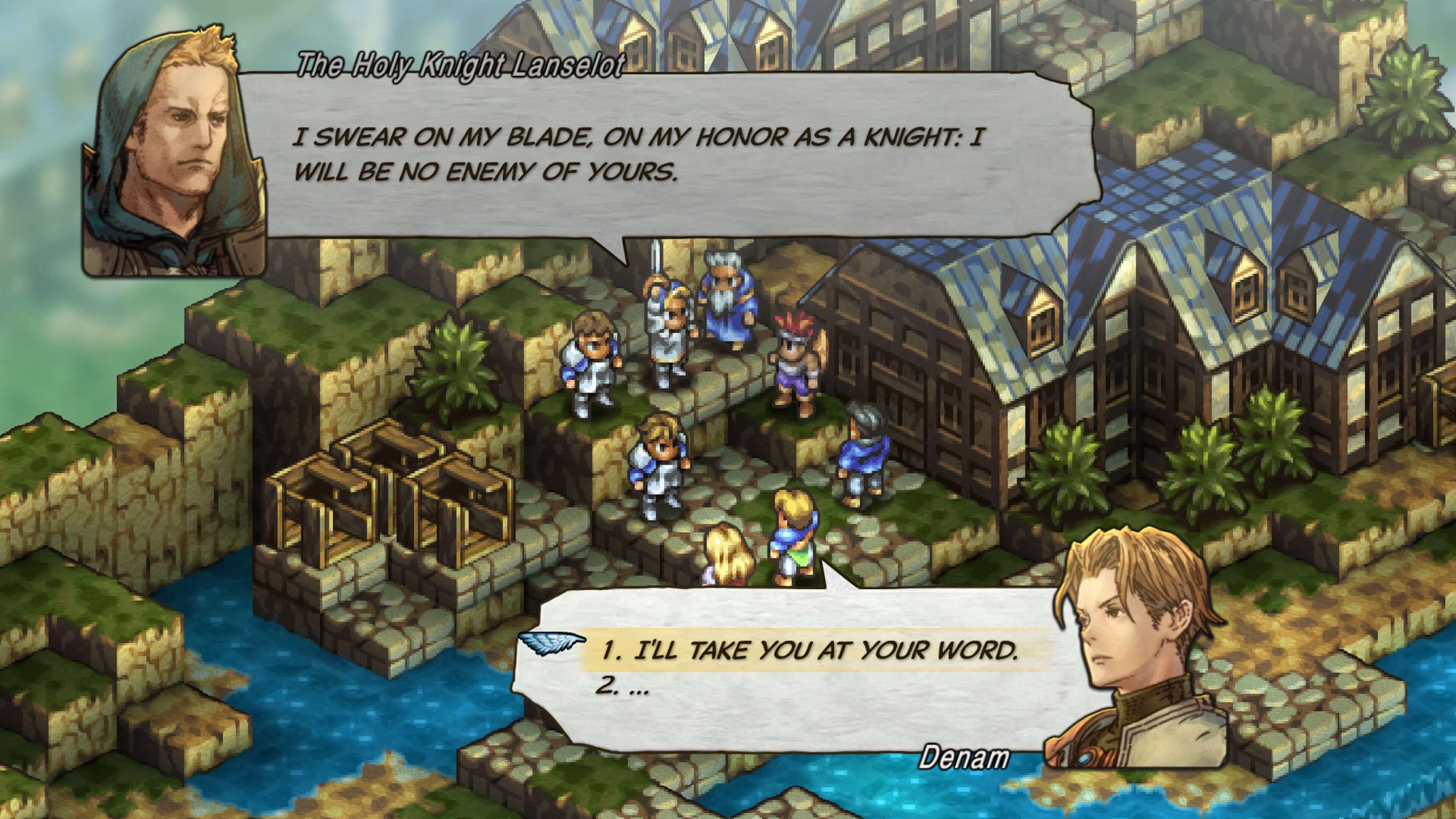 PS Deals has leaked a list of key features, screenshots, and even a potential November 11th release date for Tactics Ogre: Reborn. You may recall that a few weeks ago we reported on a listing for a remastered version of Tactics Ogre: Let Us Cling Together that had surfaced on PlayStation Network. The page was promptly removed and everything went quiet.

The leak also confirms that Tactics Ogre: Reborn will be coming to both PS4 and PS5. It makes sense that no other platforms were mentioned, seeing as this information comes from a PSN listing, but that’s not to say more won’t be announced following an official announcement by Square Enix. It’s got to come to the Nintendo Switch, right?

As mentioned above, the listing provides an overview of the key features and additions we should expect from Tactics Ogre: Reborn, including:

Based on the 2010 release, the game features improved graphics and sound, as well as updated game design, bringing to life a new Tactics Ogre that remains true to its roots.

– A tactical role-playing game depicting the struggle for control of the Valerian Isles.

– Your choices affect how the story unfolds, and even how it ends, with a game system that allows for multiple paths through the game and multiple endings. The story takes place through the eyes of a young man named Denam. The decisions he makes will alter the fate of those around him, and shift the course of Valeria’s history.

– Fight pitched tactical battles on three-dimensional battlefields. The completely revamped AI enables enemies to adapt their tactics to the situation, providing a battle system that always keeps you thinking and never grows old.

– The class-wide level management system used in Tactics Ogre: Let Us Cling Together (2010) has changed to a unit-by-unit level system. Theorycraft your way through endless combinations of classes, equipment, skills, and magic.

– Enjoy numerous playability improvements, such as a quicker pace of battle, auto save, and a complete overhaul to the controls and UI to make it easier to get into the game than ever.

– The unparalleled details of the characters and backgrounds from the original Tactics Ogre: Let Us Cling Together (1995) have been painstakingly recreated in high definition.

– The cutscenes are fully voiced in English and Japanese, and all of the music has been rerecorded with live performances! The voices bring new life to the complex motivations of the characters that make up the factions and shifting political alliances of this epic story.

– When you advance far enough in the game you’ll unlock the World Tarot, enabling you to travel back in the story with the power of your forces intact; an incredibly useful feature in a game where your choices have such a huge impact on how the story unfolds. If you wonder what a different choice would have led to, now you can find out!

– Traveling back isn’t limited to the story; the Chariot Tarot lets you rewind up to a certain number of moves during battle. In a game of tactical battles where a single mistake can mean the difference between victory and defeat, you can play without worrying that you’ll back yourself into a corner.

– Enjoy a wealth of endgame content such as the 100-level Palace of the Dead.

Note: Owning either the PS4 or PS5 version of Tactics Ogre: Reborn entitles you to the other.

With a potential November 11th release date, it’s only be a matter of time before we get an official announcement for Tactics Ogre: Reborn. To keep up-to-date with this evolving story, keep an eye on RPGFan’s news feed.