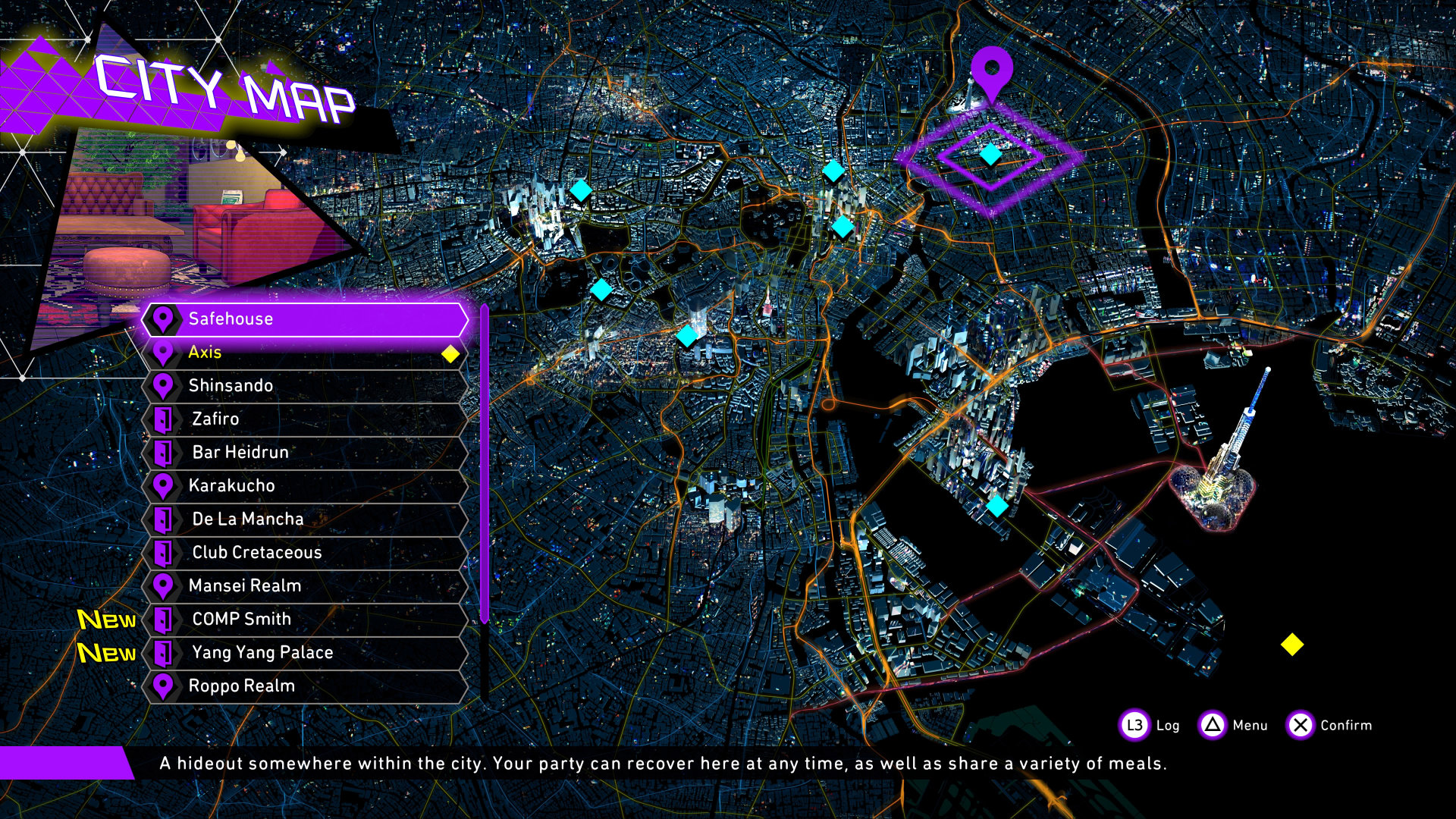 Soul Hackers 2 was a surprise announcement. Not only is it a sequel to Shin Megami Tensei: Devil Summoner: Soul Hackers, a game 25 years old, but there also don’t seem to be any direct ties to that ’90s cyberpunk and first-person dungeon crawler. Instead, Soul Hackers 2’s slick presentation and focus on bonds seem to pull more from the modern Personas. Considering all these games are developed by Atlus and belong to the greater Megami Tensei series, the situation might not be as strange as it first appears, but I wonder why Soul Hackers 2 wasn’t the start of a new series instead. Perhaps Atlus is hoping for another Persona 3 moment that reimagines an old series and brings a tremendous new following? Whatever the case, I have played the first three hours of Soul Hackers 2, so it’s time to talk impressions as they stand!

What stands out most is how crammed full of jargon Soul Hackers 2 is, which it puts front and centre. The game begins with the birth of Ringo and her sister, Figue. They are physical manifestations of the “sea of information” brought to life by the superintelligence Aion. Aion is the result of a technological singularity in AI that has kept itself separate from humanity. It’s a silent observer — that is, until it catches a glimpse of the future through sheer computational power, one where the world ends at the hands of the enigmatic Phantom Society. Aion realizes it must intervene to save the world, so it creates Ringo and Figue as its implements of salvation.

Ringo’s mission is to save a young man named Arrow, as Aion has determined his death is one of the requirements for the end of the world. Unfortunately, Ringo doesn’t arrive in time and finds a corpse instead. Luckily, a recent death is a little obstacle for Ringo. She uses a Soul Hack to restore Arrow’s soul to working order, which his body responds to by self-healing. After learning the Phantom Society is attempting to obtain the five Covenants, mystical remnants of a pact humanity made with The Great One, Ringo and Arrow agree to work together. These covenants possess a human host and grant them the ability to push forward human evolution. If all five Covenants are ever contained within one host, they could call upon The Great One to erase the world. All this information and more is dropped on you within the first hour of the game. It’s front-loaded and a bit overwhelming. Still, I am intrigued, and the hooks have found their way into me despite any barriers.

In contrast, Soul Hackers 2 has a simplified combat system compared to previous Atlus RPGs. Instead of Shin Megami Tensei’s Press Turn or Persona’s One More, which offer the ability for allies and enemies to gain extra turns in battle, Soul Hackers 2 implements the Sabbath. When you target an enemy weakness, you increase the value of the Stack by one. Once all your allies have acted in a round, Ringo performs a Sabbath, an attack that scales with the value of the Stack and hits all enemies. The Stack is then reset to zero. This Sabbath system also cannot be utilized by your foes, putting you at a distinct advantage in every combat. I am still early in the game, but it has been effortless, which might be a detractor for long-time fans but could be a draw for new blood.

Soul Hackers 2 does share the pool of demons that all Megami Tensei titles draw from, and you can recruit them to help you in battle. Instead of negotiating with demons during battle, your demons perform Demon Recon upon entrance to a dungeon. If you find them while exploring, they may bring you a new ally or offer up items or currency they have discovered. Of course, a demon still requests something in exchange for joining you like HP or medicine. Demons can also be fused like in any other Megami Tensei title, but I have only started to delve into that mechanic. It bares mention that demons do not fight for you directly in Soul Hackers 2 and can instead be equipped to a party member, granting that party member their skills.

Soul Hackers 2 contains a lot of systems: you can upgrade your weapons with various effects, eat meals that boost your allies for your next foray into a dungeon, and undertake a large amount and variety of requests. There is also the Soul Matrix. Whenever Ringo uses a Soul Hack to resurrect someone, they become intrinsically linked. In the case of Soul Hackers 2, this means each party member Ringo recruits is then bound to her through their soul. You can then travel to the Soul Matrix and enter a party member’s soul to clear out abnormalities. This process takes the form of labyrinth dungeons full of demons to battle.

So far, these dungeons are straightforward, but they offer perks — your party members gain permanent skills as you clear out gates in their labyrinth. You can only pass through gates if you have a strong enough Soul Bond with the corresponding ally. You can gain Soul Bond through hanging out with your party members at the bar and through dialogue choices you make during story cutscenes. While the bonds have yet to feel as deep as what Persona offers, the bonus of dungeons to explore is enticing.

Finally, it’s no surprise that Soul Hackers 2 is incredibly polished and sharp in its presentation; Atlus are known for it. Nonetheless, the game is gorgeous — the multitude of lights that wash the near future landscapes in a neon glow, the beautifully animated anime-style character portraits, and the dizzying array of cross-genre musical sounds. It all contributes to a sublime atmosphere that I imagine will pull me through the game no matter where it goes from here.

I still have a long way to go with Soul Hackers 2, and I have many questions I hope to be able to answer yet, so I hope you look forward to my review in the coming weeks and the game’s release on August 26.