Jack Move Makes a Move to PC and Consoles in September 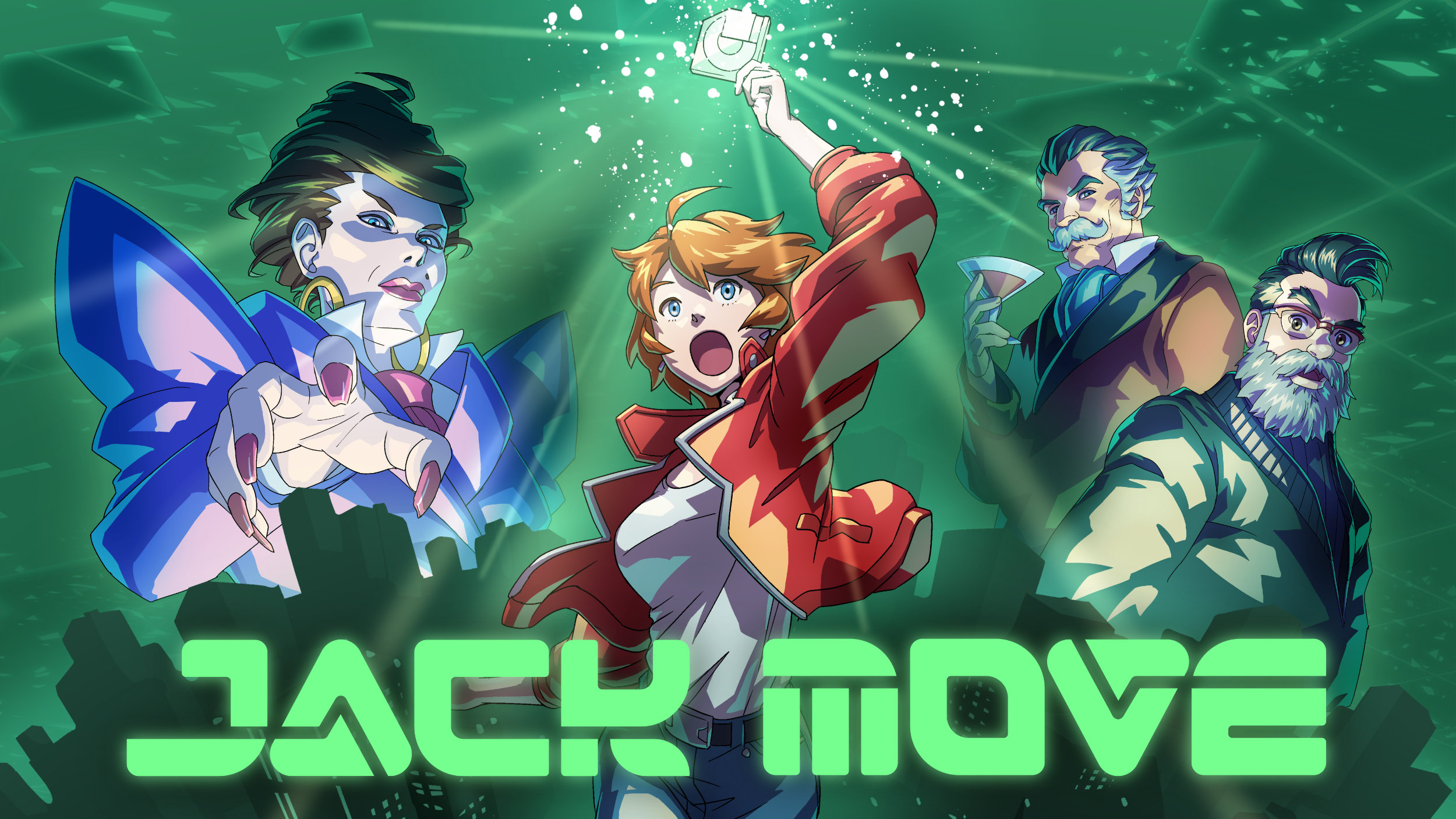 Jack Move is on the move! The beautiful 2D pixel RPG is making its way to PC via Steam, Epic Games Store and the Humble Store on September 8th! The console release for PlayStation 4, Xbox One and Switch launches a few weeks later on September 20th.

Here’s what you need to know about Jack Move.

Jack Move is a JRPG that features a unique blend of gritty cyberpunk storytelling, turn-based battles, and beautiful modern pixel art. Take on the role of Noa, a vigilante hacker who is thrust into a world of murder, kidnapping and dark research after her father goes missing.

Take on the role of Noa: A young vigilante hacker from Bright Town. As the overreaching mega-corporation, Monomind, kidnaps her estranged father, Noa has no choice but to get him back, before it’s too late. Help her find her dad, as she finds herself on the way.

Noa won’t be alone on her journey. She’ll be helped out by her best friend and tactical planner, Ryder, as well as her Martini drinking uncle and ex-corporate spy, Guin Blakely.

Customize the software of your Cyber Deck to switch roles mid battle, balancing offence, defense, and buffs. Choosing which software you load during battle is the key to victory! Hardware upgrades can help boost your stats, increase the amount of software you can install, or give Noa extra abilities.

Battle your foes in cyberspace. Take them down using a multitude of sweet hacking software.

Explore the dangerous world of Monocity-1 and take down Monomind, the evil mega corporation that controls it.

Play as Noa Solares, a sassy hacker out to save her father and the world.

Fight your way through a bunch of dungeons filled with all sorts of cyberpunk villainy. Street punks, gangsters, corporate militia, secret service agents, and horrific cyber-experiments-gone-wrong will all be battling against you!

Want an early opinion on the game? Our very own Neal Chandran gave Jack Move a spin during Steam Fest 2022. Stay tuned to RPGFan as we grow closer to the game’s release date!