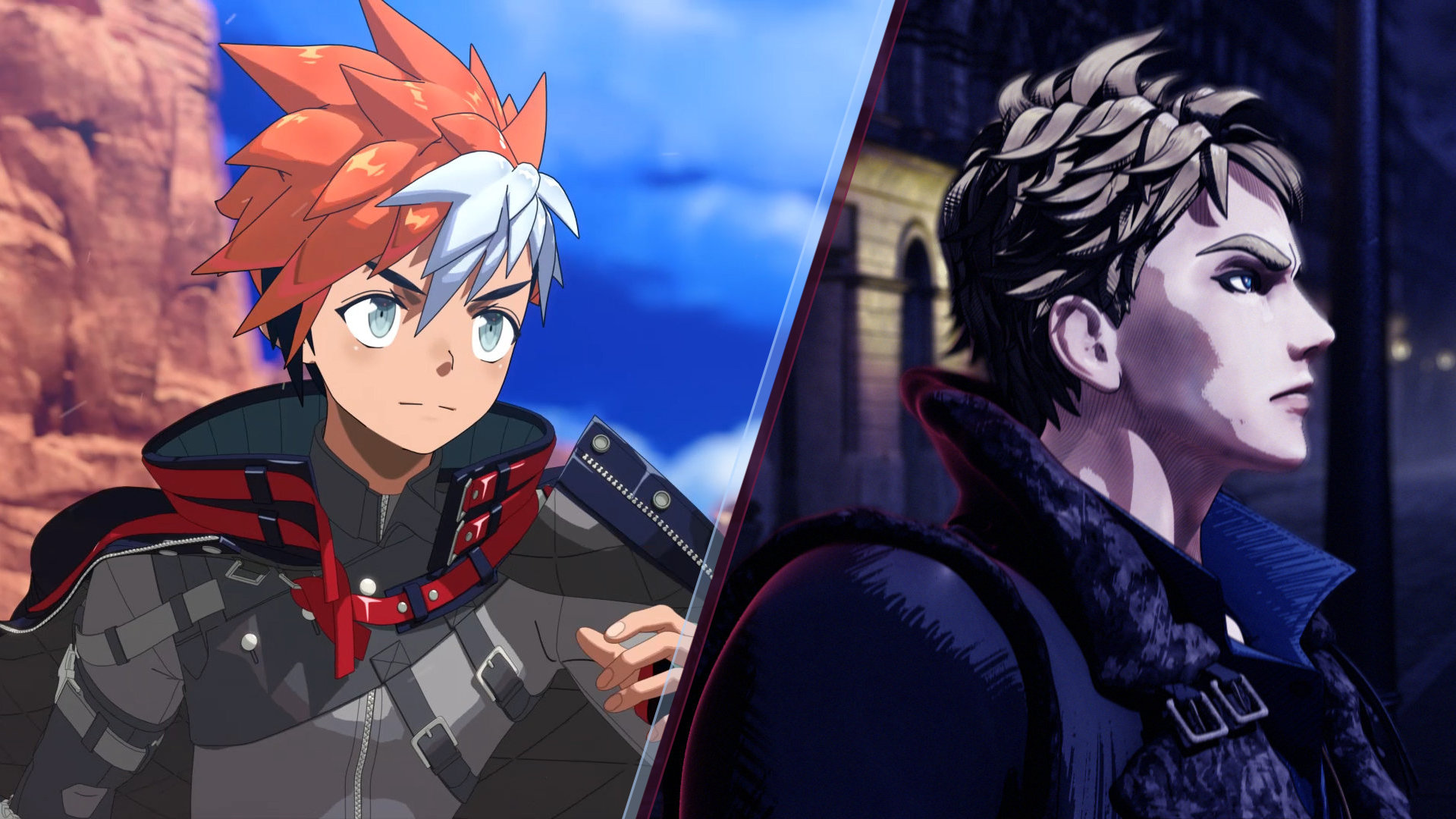 The talented people that made Wild ARMs and Shadow Hearts are counting on you to back their “Double Kickstarter” campaign that starts on August 29th so they can make two “large-scale” successor RPGs called Armed Fantasia and Penny Blood. You’ll have the option to back one or both to receive a variety of rewards as stretch goals are unlocked. The two campaigns will also have a so-called “Combo Meter” that unlocks extra content for both games no matter which you contribute to, as long as the mutual minimum goal of $750,000 USD is reached. Essentially, supporters for one project will still help the other even if they didn’t specifically contribute money there.

“Cool, but can I actually see the games?” Sure you can! Read on for a breakdown of each, and don’t miss our interview with the creators as well!

Armed Fantasia tells a dramatic story that unfolds in a world hurtling towards destruction. Players take the role of a group of Pathfinders and, with trusted ARMs in hand, embark on a perilous journey across a sprawling Westernpunk wilderness.

In a far flung corner of this world lies the land of Londenium, where a young man named Ingram loses his grandfather; the final tether binding him to his hometown. With no other reason to stay, and in hopes of reconnecting with his childhood friend, Ingram sets out on a new adventure as a Pathfinder, a branch of adventurers that utilize the powerful ARM (Aether Reaction Maximizer) weaponry to dispose of Anomalies that ravage the land.

Ingram’s journey will lead him to cross destinies with many a new friend and foe, and become embroiled in a monumental battle that’ll strike through Londenium’s past and its future.

Westernpunk! Oh, hell yeah. A lot of the details here clearly recall Wild ARMs, which is most definitely an intentional move. The development studio Wild Bunch is a who’s who of folks that have worked on the series, including creator Akifumi Kaneko, character designer Tomomi Sasaki, and composers Michiko Naruke, Noriyasu Uematsu, and the music group Elements Garden. The team will be reprising their former roles, with Kaneko leading overall game and scenario design/writing.

At 17 years old, Ingram is an up-and-coming Pathfinder. He grew up in a town filled with people trying to make it rich which helped him develop street smarts, giving him an air of someone wise beyond their years. Ingram specializes in gun-type ARMs, utilizing speed to confuse his opponents and gain the upper-hand. He has a propensity for flashiness, dealing rapid damage to individual or multiple targets.

“We’ve got a saying in my family. ‘Get mixed up with the Order and you’ll die a miserable death.'”

19 years old and daughter of the leader of the Knights of the Order, Alicia is steadfast in her duty as a knight to protect the peace. Her bright and cheerful personality gives her an air of [word missing], but in battle she is a force to be reckoned with, using tall spear-type ARMs and shields to deal serious damage.

“We must be the vanguard that absorbs the headwind. That is the role of the Order, and my duty.”

Ingram’s best friend who winds up moving because of family issues, leaving their childhood promise unfulfilled. In order to fulfill said promise, Euclid becomes a Pathfinder at 18 years old. He tries to handle everything intellectually if possible. He wields staff-type ARMs allowing him to fire magical energy and take advantage of enemy weak points.

“I figured that out a while back. There is no ‘end’ to the wilderness in this world.”

Check out a few more pieces of concept art and screenshots in the gallery below, with more at our game hub.

Penny Blood presents a world twisted in gothic horror and nightmarish imagery rarely seen in JRPGs. In Penny Blood, players follow the story of Matthew, an investigator who embarks on a dark international probe through the iconic Roaring Twenties, amassing allies and confronting trauma in a world twisted by cosmic horror, malice and mayhem.

Players will circumnavigate the globe, from the USA to Europe and Asia, and explore nations either recovering or basking in the wake of one of history’s bloodiest conflicts, oblivious to the turmoil that brews beneath the surface.

Penny Blood’s story begins with Matthew Farrell, a lone wolf private detective in New York working for the Bureau of Investigation. Despite hating the accursed powers he inherited from his father, he utilizes his fusion transformation abilities to hunt down monsters at the behest of the Bureau.

One day, Matthew is tasked with investigating a strange incident that occurred at a mental asylum in New York. After rushing to the asylum, he finds it teeming with grotesque, rampaging creatures. Utilizing his hidden power, Matthew manages to achieve a narrow victory.

In order to unearth the truth behind the bizarre incident, Matthew’s investigation will take him from America to the distant continent of Asia, including Japan and China, as well as to the far corners of Europe. Along the way, he will encounter those who fight for vengeance, those who seek to utilize the aberrant horrors for their own gain, and those who simply wish to destroy. Penny Blood tells the tale of a man who must become that which he seeks to vanquish.

Just like its spiritual predecessor, Penny Blood appears to be based on the real world except with Lovecraftian elements, which to this day is a winning combination. The developers call themselves Yukikaze, and a lot of the core team that made Shadow Hearts are involved. Series creator Matsuzo Machida will be leading game design and scenario writing, Miyako Kato on character design, and Yoshitaka Hirota (don’t miss our recent interview!) on soundtrack duty alongside Akari Kaida, whose credits include Breath of Fire III, Mega Man Battle Network, and Ōkami. Expect her to infuse the tunes with jazz befitting the ’20s time period.

Check out some concept art and screenshots below, with more at our game hub.

Lastly, those that back both games early enough can avail of an “Early Bird Combo” reward, granting discounts on both games. If you’re interested, go ahead and visit the double Kickstarter page for Armed Fantasia and Penny Blood. Somehow, I’m confident you will not be alone. Keep reading RPGFan for more information as it comes! In the meantime, did you check out our interview yet? If not, we recommend it:

😳 Holy guacamole! As if a spiritual successor to Suikoden wasn't enough, now we're going to be treated to takes on two other fantastic dormant franchises!! What great news!! 🥰 "One day, Matthew is tasked with investigating a strange incident that occurred at a mental asylum in New York. After rushing to the asylum, he finds it teeming with grotesque, rampaging creatures." Huh - so, apparently, his adventure begins in my childhood home!!

@Jbumi - It's hard to believe, right? I am expecting the fan response to this campaign to be "good," to put it mildly. It hits the same chord as Suikoden/Eiyuden, and Castlevania/Bloodstained, so I can't see any way these will have any trouble getting funded.

@Mike Salbato - I agree! Think they'll rake in a boatload of cash!!

Day one, I put my 60 down for some PS5 physical copies.