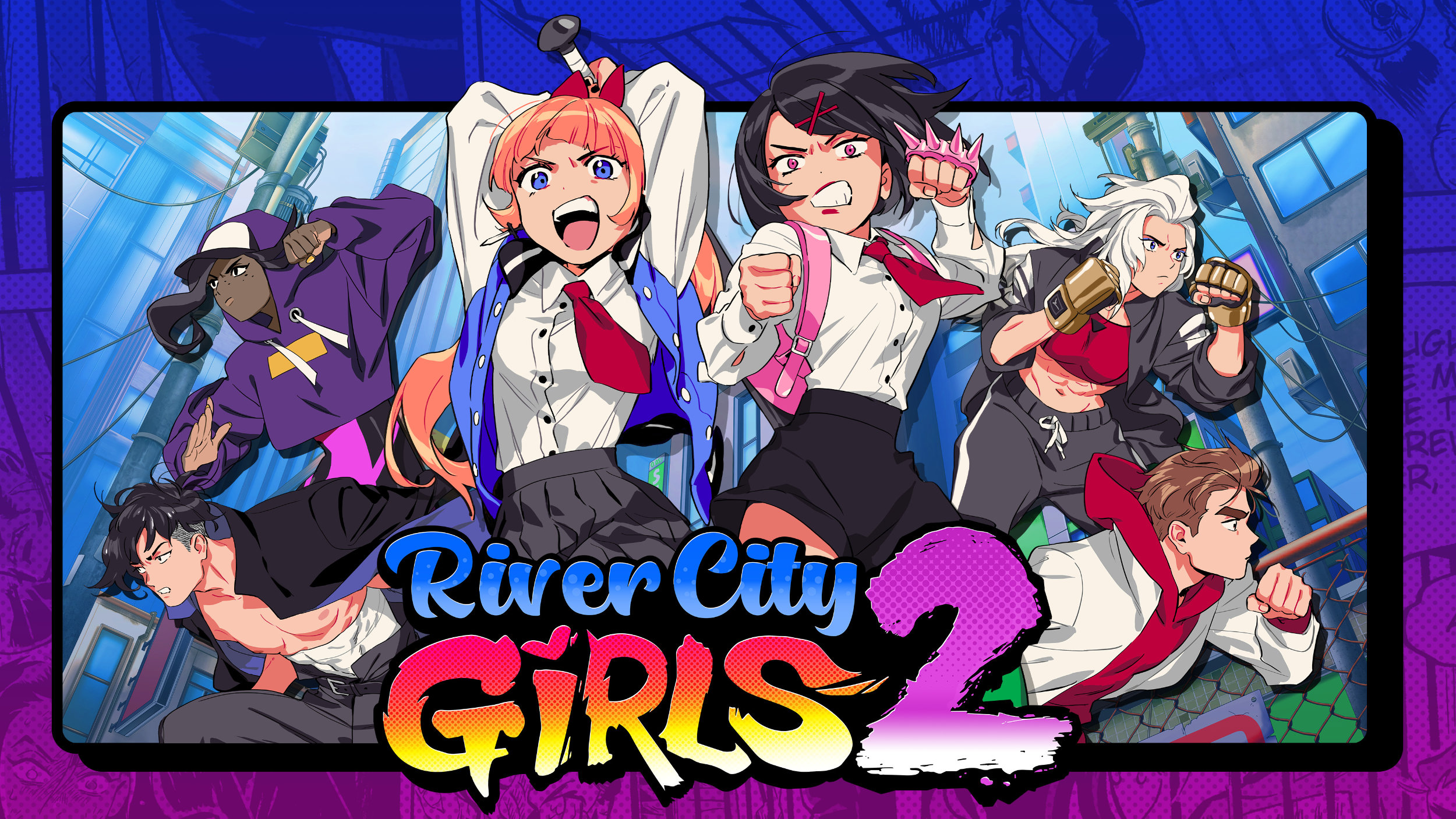 Correction: An earlier version of this story mistakenly listed a September 30th release date. Our database (like many others) requires a date entry, and River City Girls 2 should have been set to 12/31/22, which is just a placeholder date for “sometime in 2022.” Currently, WayForward has not announced a specific release date, just that the game is planned for Q4 2022. We apologize for the error and confusion.

Developer WayForward, known best for their work on the Shantae games, has released a new trailer for their upcoming action RPG beat-em-up River City Girls 2! The “Villains” trailer provides us with an introduction to the title’s main villain, Sabu, and also goes over its four-player co-op mode.

The stakes are higher and streets are meaner in the hot-blooded beat-’em-up sequel, River City Girls 2! The River City series’ most notorious villain, crime lord Sabu, is back, and – along with his adopted son Ken and daughter Sabuko – he’s gonna make life miserable for Misako, Kyoko, and their allies! Fortunately, the heroes have one advantage Sabu didn’t count on….!

Following the title’s showcase at Nintendo Indie World last year, WayForward released a brief introduction to the game as well as information regarding the title’s key features:

The River City Girls are ready for round 2! Along with our collaborators at Arc System Works, we are overjoyed to confirm that River City Girls 2 is scheduled to arrive in summer 2022! With six playable characters, two-player online co-op, and an onslaught of new features and bone-busting combat techniques, this sequel to the 2019 RPG-infused beat-’em-up River City Girls.

Picking up where the first RCG left off, River City Girls 2 throws hot-blooded high-schoolers Misako, Kyoko, Kunio, and Riki — along with newcomers Marian and Provie — into the fight of their lives when an old foe returns to wreak havoc. But the girls (and guys) aren’t just giving up; they’re fighting back with new stat-altering accessories, new items, new weapons, and additional moves (such as Kyoko’s Cartwheel Kick and Misako’s Lightning Rider), along with brand-new abilities like guard-crush attacks and lift-off combos. Recruited foes are back to assist in battle — this time you can hold two at once! — plus you can now enlist the help of hired henchmen who pack even more of a punch!

River City is more alive than ever, with a day-night cycle, more-complex terrain, more shops, new hazards, hidden areas, and an abundance of destructible objects. The brawl will take players to numerous new and updated regions of the city — including downtown slums, a tech-company campus, and an enchanted forest — and pit them against an assortment of new enemies and bosses, such as the Dragon Twins (Ryuji and Ryuichi). Our heroes can even visit hideouts where they can store extra equipment, swap recruits, or just chill while listening to music.

• Six playable characters, each with their own fighting styles and upgradable move sets!
• Enhanced combat: guard crushes, lift-off combos, and more!
• River City is bigger than ever! New locations with multiple routes and secret areas!
• Play solo or team up with a friend, locally or online.
• New hired henchmen aid players in battle! Hold two recruits at once!
• Loads of NPCs to meet, interact with, and punch in the face—including surprise cameos!
• Awesome anime intro, comic book cutscenes, English and Japanese voiceovers, and a spectacular soundtrack featuring River City Girls composer Megan McDuffee!

River City Girls 2 is set to release on Nintendo Switch, PlayStation, Xbox, and PC sometime in Q4 2022, but does not have an exact release date yet. For future updates regarding the title, you’re already in the right place here at RPGFan!

I'm glad they have like one person of color, but what kinda name is Provie?