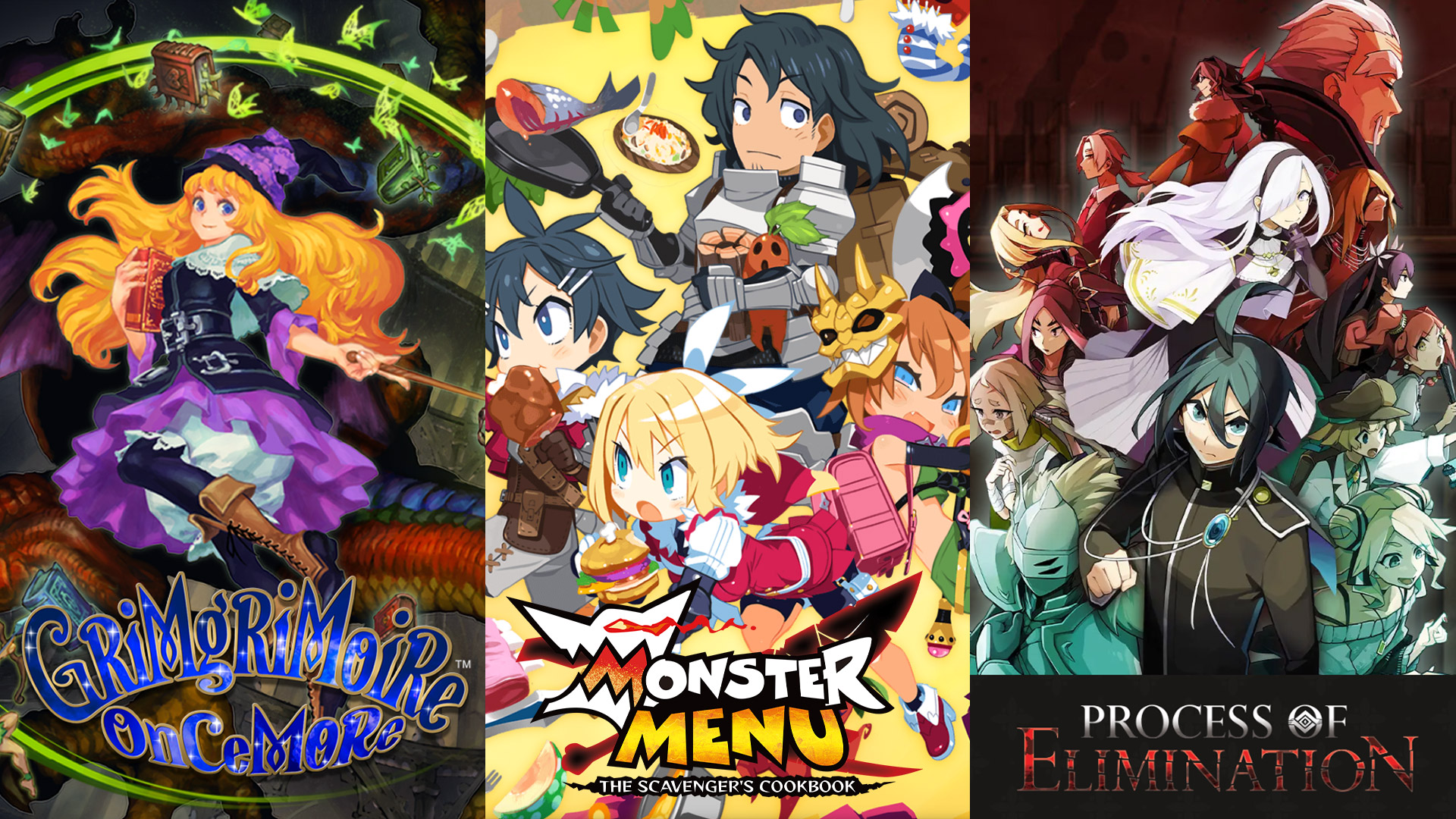 The website leak was right. Earlier today, four brand-new games that will release in Spring 2023 were shown off at the NISA Showcase 2022. The showcase ran for 15 minutes and announced these four new titles: GrimGrimoire OnceMore, Monster Menu: The Scavenger’s Cookbook, Process of Elimination, and Void Terrarium 2.

The classic PlayStation 2 2D strategy game GrimGrimoire developed by Vanillaware makes a comeback with GrimGrimoire OnceMore. The game will be released on Nintendo Switch, PlayStation 4, and PlayStation 5 in Spring 2023. For pre-orders, you can check out the official website for more info.

Join trainee magician Lillet Blan as she begins her journey at the Silver Star Tower and harnesses her latent magical abilities to dispel the tower’s secrets and save her friends from the dangers lurking within!

In Monster Menu: The Scavenger’s Cookbook, players will explore a labyrinth filled with monsters and fight to gather resources, ingredients, and items for survival. The game will be coming to Nintendo Switch, PlayStation 4, and PlayStation 5 in Spring 2023. Pre-orders have already started; you can find them on the official website.

Explore sprawling dungeons, scavenge for resources, and fight monsters in classic SRPG-style battles. Use what you’ve found to cook stat-boosting meals around the campfire before digging into another heaping helping of dungeon crawling fun!

Process Of Elimination is a detective mystery adventure game coming to Nintendo Switch and PlayStation 4 in Spring 2023. The trailer below features 14 detectives with different personalities. Players will have to investigate the other 13 detectives by gathering clues throughout the game. Pre-orders are also now up at their official website.

Process of Elimination follows a hapless student named Wato Hojo who finds himself among a group of talented detectives and must take part in their investigation to stop a prolific serial killer that hides among their ranks.

The NISA Showcase 2022 has shown that more titles are coming West to hopefully be adored and enjoyed by gamers outside of Japan. If any of these games caught your attention, stay tuned here at RPGFan for more details and gameplay of these announced titles in the future!