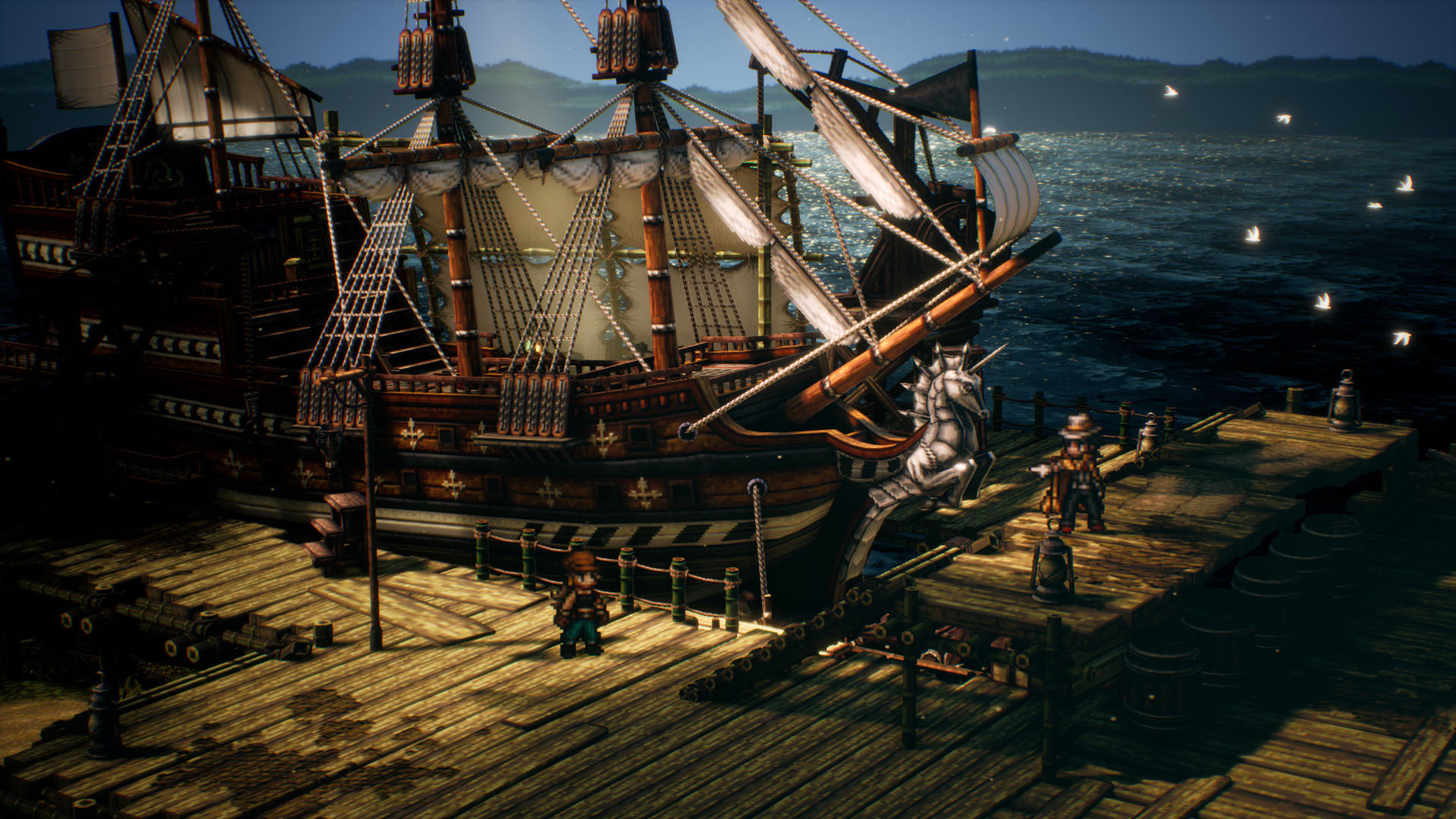 Square Enix has released a new trailer for Octopath Traveler II that introduces two of the title’s eight protagonists: Partitio, a merchant, and Osvald, a scholar. The video also details each character’s abilities, a new battle mechanic, and more.

“The Merchant & The Scholar” – Trailer Breakdown

In Octopath Traveler II, you’ll be able to use both canoes and ferries to traverse the map. You’ll also have the option to purchase your very own boat, allowing you to reach new locations and enemies (including ghost ships).

Lastly, the trailer highlights the new battle mechanic featured in Octopath Traveler II, “Latent Power”. Each of the eight travelers will have a unique power that improves your chances of winning in battle. To pull off one of these moves, a character’s Latent Power gauge must be filled. This happens when your party takes damage and when you break enemies.

The Latent Powers of Partitio, Osvald, and Agnea are as follows:

Octopath Traveler II is set to release on Nintendo Switch, PlayStation, and PC via Steam on February 24th, 2023! If you have yet to play the original Octopath, make sure to read RPGFan’s review written by Jono Logan.

For future updates on the Octopath Traveler franchise, you’re already in the right place here at RPGFan.