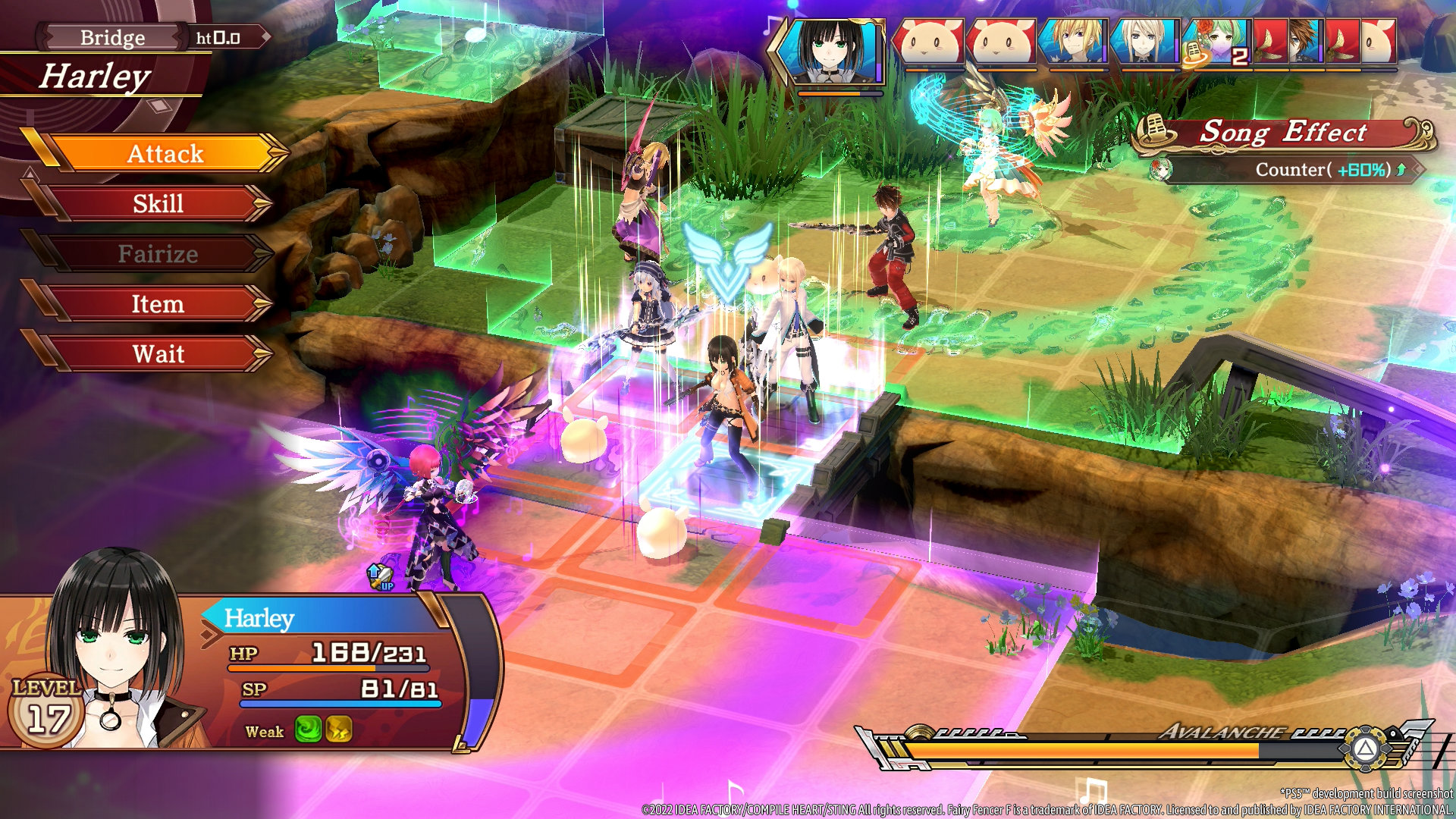 The game features the return of protagonist Fang and his friends from Fairy Fencer F: Advent Dark Force, but switches things up with a tactical RPG battle system that’s prompted the rather clever ‘FFF Tactics’ joke in the press release below. But first, a trailer!

Fang and the others run into a mysterious woman named Glace, who has the ability to brainwash other people with her song. Another woman named Fleur joins their party, who also has the power of song. The two are known as Muses, and are able to boost or change other peoples’ abilities with the power of singing. ​

What could Glace’s motives be?​

FFF Tactics?! – Strategize to capitalize with an all-new Tactical RPG battle system! Use terrain, and objects such as rocks, boxes, and grass to your advantage. Strategic positioning on the battlefield can raise your evasiveness, or lower your movement speed, among other effects. Plus, Avalanche Attack and Fairize battle mechanics return!

Fairies, Fencers, Furies…and Muses? – With the introduction of the two Muses, all-new battle mechanics are at your command. Use the power of their song to buff allies or combine both area of effect boosts for an even more DRAMATIC buff! But beware, enemies within the area can also benefit.
Hidden Fairies, Locations and Treasure! – Break new ground with this fresh take on “World Shaping.” With “Location Shaping,” use your collected Furies by stabbing them in various locations of the world map. Doing so can unlock items, hidden locations, or even Fairies. Activate a chain to stab more locations without using up your limited Locate Energy!

All-New Story With Multiple Routes! – Follow Fang and his friends through multiple routes in this all-new story, as they continue their search for Furies in order to resurrect the Goddess. Will you find harmony or dissonance when fate lies in your hands?

Fairy Fencer F: Refrain Chord debuted in Japan on September 15th. While that’s a bit of an overseas delay, it’s important to remember that even in this age of common worldwide simultaneous releases, there are plenty of JRPGs niche enough to take a while. (Cue endless grieving from the Trails fandom.)

Preorders are up for both the standard and deluxe editions on Idea Factory International’s digital storefront.