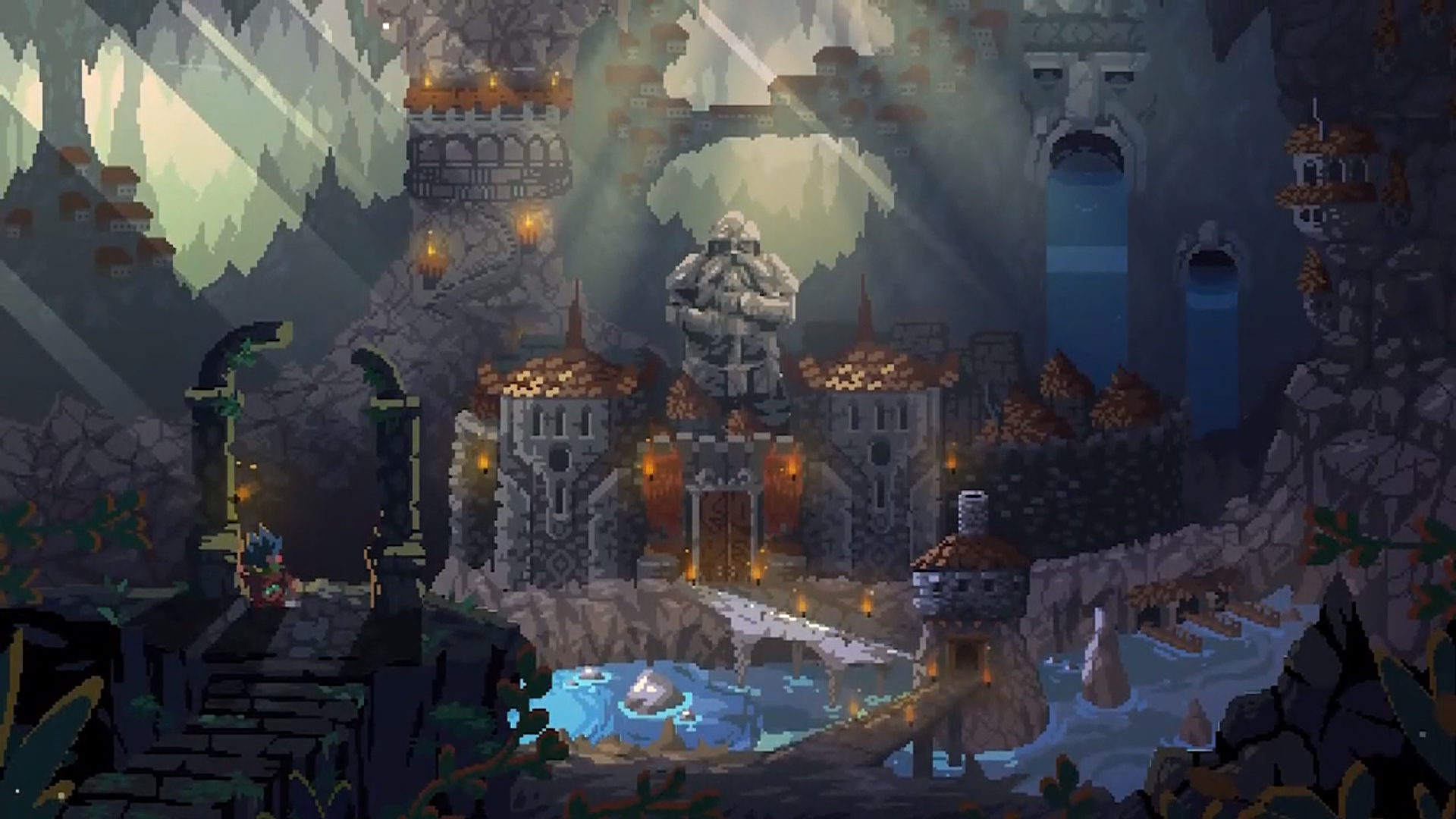 Long ago, dwarves lived in majestic cities inside mountains, until they were driven out to the overworld by a terrifying army of trolls and monsters led by the Witch Queen Vandra. Now, as if living in the sunlight wasn’t bad enough, Vandra’s evil forces have returned to trouble the dwarves once more.  Thankfully, not all hope is lost! After his village is ambushed, a young blue-haired tinkerer sets out to recover ancient technology hidden deep underground; war machines capable of bringing down the invading army.

The game’s intense battles will require you to think strategically; you’ll need to consider what kind of traps and turrets would work best in each situation, and where to place them on the map. Throughout your journey, you’ll unearth a plethora of ancient machinery with unique characteristics, such as rotating spikes or a dangerous electrical charge. Each gadget can be upgraded and customized in the local shop; choose how your weapons will develop based on your playstyle! Meanwhile, you’ll also find helpful equipment such as boomerangs, shields, and boots that enable you to dash. Just as in A Link to the Past, you’ll be able to run down shrubs and grass to your heart’s content, perhaps even finding some treasure within. A handy alternative to a lawnmower!

Though Dwerve is already fully funded, remaining stretch goals include more language options and a Switch version. Meanwhile, pledge rewards offer some unique surprises, such as an imitation SNES cartridge and printed manual in a SNES-style box. Sadly, the cartridge is for display only, though a digital version of the game will still be included. Overall, if you’re in the mood for a delightful action RPG with tower defense combat, or felt that A Link to the Past did not include nearly enough dwarves or bizarre technology, I highly recommend checking out Dwerve. Underground adventures await!