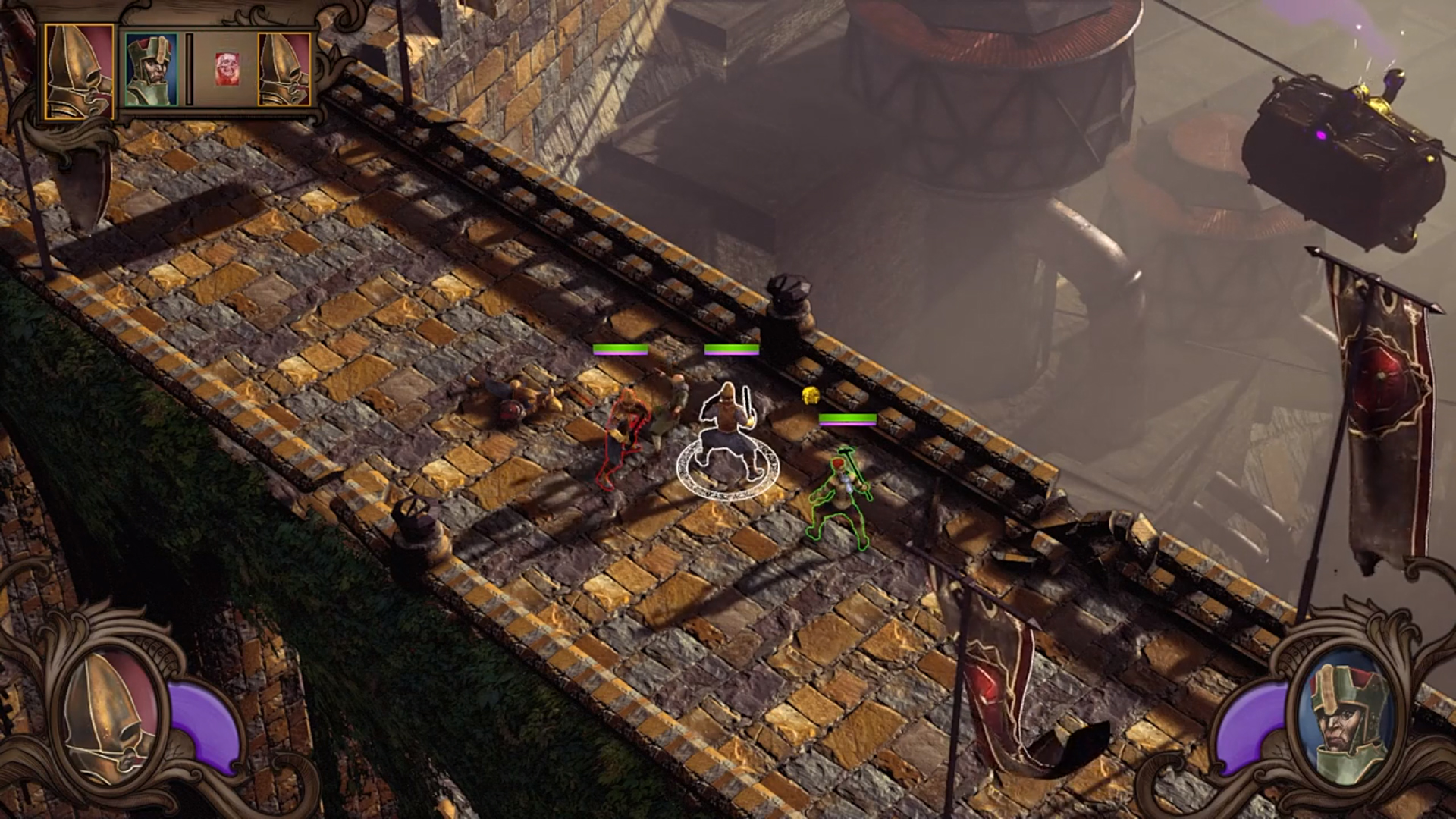 If sophisticated strategy RPGs and Machiavellian political tales are relevant to your interests, you may want to keep an eye on Scarlet Republics; a grid-based tactical RPG inspired by Japanese favorites, classic WRPGs, and grim fantasy novels.

Set in a detailed low-fantasy world based on Renaissance-era Italy and Greece, you’ll follow siblings Remo and Valeria in a tale of vengeance, warfare, and political intrigue. Take control of the Blackwings mercenary company and unravel the conspiracy which resulted in the death of your parents years ago. The game’s narrative emphasizes choice and replayability; the decisions you make will affect the plot, questlines, and even the world itself. Not all battle maps will be available in a single playthrough, and in turn, the game will feature multiple endings. You can even be a five-star jerk and ally yourself with all manner of morally suspect characters; the city-states of Corsano are not known for being strongholds of respectable behavior, and looking after one’s own self is of the utmost importance.

Twenty unique characters will join your mercenary team; strengthening their relationships and sending them out to battle in different squad combinations will reveal more of their backstories. Your recruits can belong to one of seven major classes with two subclasses each, including body-altering Shapemages and technologically adept Sappers. Meanwhile, as in many JRPGs, the stats gained while leveling up will be randomized; no single character will develop in quite the same way during each playthrough.

Now, let’s discuss the meat of the game: battle! Scarlet Republics follows in the tradition of Japanese classics such as Final Fantasy Tactics and Fire Emblem, featuring turn-based combat and beautifully detailed 3D maps. First off, you’ll need to develop a “stratagem” before each battle; if you manage to stick to your plan, you’ll be blessed with bonus rewards. Use strange magic to unsettle enemies before going in for the attack, and then enjoy a delightful spot of close combat through duels. Each weapon type has unique advantages and disadvantages, and you’ll need to make sure that your duelist is well-matched to their opponent. Be careful! If a party member falls in combat, they will suffer a trauma that will permanently affect their stats; for example, a missing eye may result in a diminished accuracy score. Thankfully, the game does not feature permadeath in a literal sense, though if a character falls three times, they will withdraw from all combat and resign themselves to a more peaceful life in your base camp. Possibly preparing meals or reading trashy Renaissance literature. Indeed, you will have a relaxing camp to visit between battles; spend some time there planning strategies, visiting the support staff (including a convenient blacksmith), and chatting with the troops. Perhaps you’ll even stumble onto a…romance! Oh my!

All things considered, Scarlet Republics looks to be an excellent choice for fans of Japanese tactical RPGs and gritty, detailed fantasy novels featuring a generous amount of political scheming; a certain series featuring dragons and ice zombies comes to mind, though I doubt many people will have heard of it. Although the base game is already fully funded, the next stretch goal will add “mercenary contracts”: optional battles that provide experience, loot and additional lore. In any case, whether you prefer swords, scheming, or just need some more Renaissance-inspired content in your life, Scarlet Republics is well worth looking into! Check out its Kickstarter campaign for more.