Crowdfunding Chronicles: The Girl From Arkanya 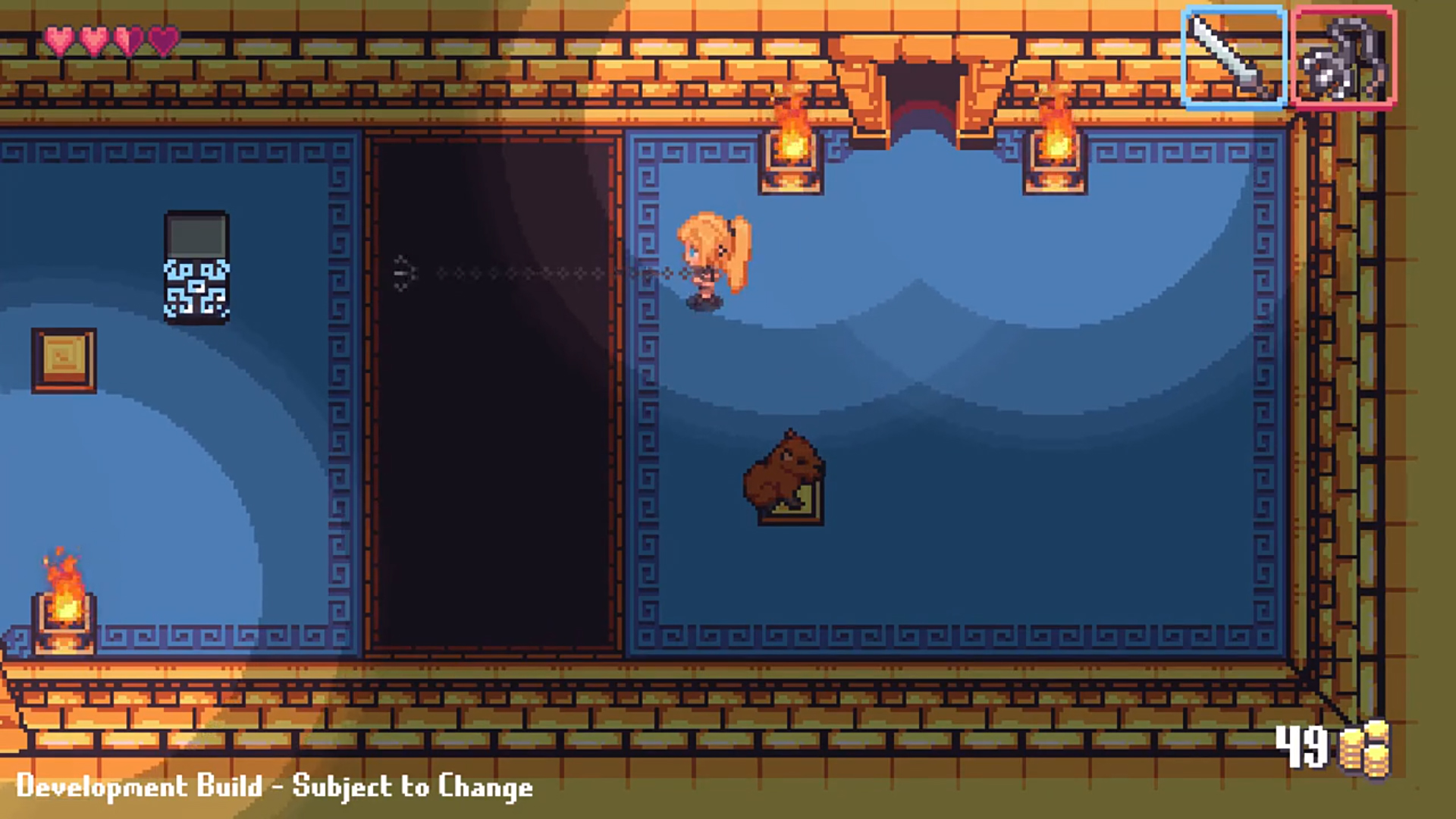 When I was a small child, I would often bring my rodent companions along on vacations. A succession of hamsters, a pair of gerbils…but sadly, not one capybara. Now, thanks to the magic of video games, I can finally live out my dream. Embark on a treasure hunting journey with your capybara friend in The Girl from Arkanya, a new top-down action RPG featuring vibrant pixel graphics, Zelda-inspired gameplay, and a sufficient amount of large South American rodents.

Our story takes place in an alternate version of the year 1167 AD, featuring a combination of historical locales and fantasy elements. Take on the role of Marisa, an ambitious young treasure hunter raised in the Holy Roman Empire; specifically, in the bustling metropolis of Arkanya, a city overflowing with joy and prosperity. Alas, chaos and violence creep closer by the day; a neighboring tribe mysteriously disappears, a Northern conflict threatens to spread further, and some rather turbulent weather approaches. Thankfully, none of this unfortunate business will prevent you from continuing with your life’s mission: finding and trading shiny, shiny things. And once your new friend Kapi (the aforementioned capybara) makes his grand entrance, the pair of you will be unstoppable!

The core gameplay will involve exploring the overworld, delving into puzzle-filled dungeons, and trading your valuable finds. Kapi will prove to be an explorer’s best friend, as he can sit on buttons, push blocks, be thrown around (consensually, I hope), and more. You may even give him a gentle pat on the head for all his hard work. Unfortunately, in a nod to roguelikes, any treasure you find will be lost if you are defeated. While Kapi can drag you back to safety, capybaras lack the cheek pouches of their hamster cousins, and as such, have no extra room for carrying your treasure. Thankfully, if you find yourself getting frustrated, you’ll be glad to hear that the game will feature various ways to progress, some options being easier than others. Of course, the most challenging paths are always lined with the greatest of treasures…

The game’s combat and puzzle solving will be familiar to anyone who’s played A Link to the Past, with a few unique twists. First off, Marisa happens to be quite the talented dancer; her Shaman Dances can bring about changes in the weather and bend nature to her will, among other surprises. Entertaining and practical! Meanwhile, though only two items can be equipped at a time, nearly everything in your inventory can be used as a weapon. Finally, we can’t ignore the game’s couch co-op mode, which will grant a second player the once-in-a-lifetime chance to become a capybara. Exciting! Though the details of this mode are still in the works, a human-controlled Kapi will have a larger moveset than the AI version; perhaps even offensive abilities!

While The Girl From Arkanya was quick to reach its funding goal, some of the most intriguing stretch goals still remain. This includes a future expansion pack with two additional dungeons and a new overworld area, provided free of charge to all backers upon release. Meanwhile, pledge rewards feature a plethora of digital and physical goodies depending on your investment, including artbooks and a Kapi body pillow. Let’s grab a safety hat and some torches, and enjoy a treasure-filled adventure with the world’s largest rodent!