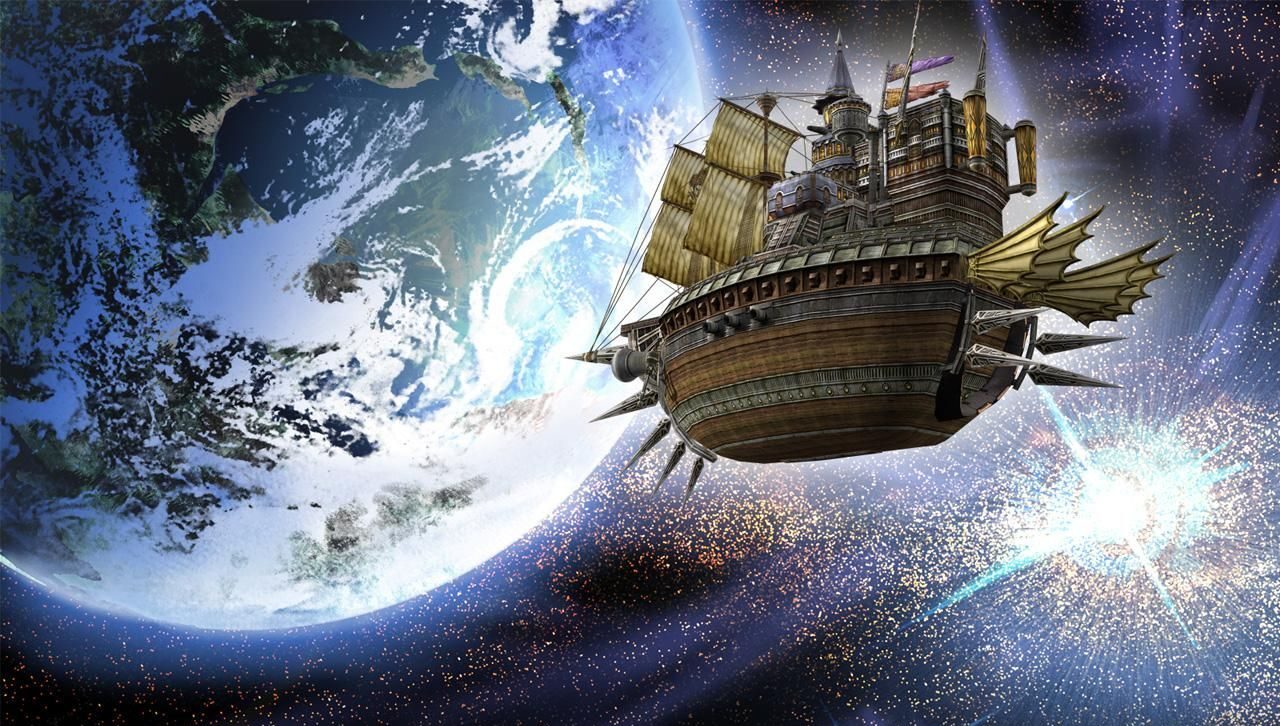 “…when the time comes, you get the chance to really test the cut of your sails, and show what you’re made of… well, I hope I’m there, catching some of the light coming off you that day.”

That’s a quote from the best Disney movie ever made — Treasure Planet. You may be confused by that statement, but I’ll stop you right there. I’ve heard every possible critique of the movie and promptly ignored it. I’ve just got a thing for space pirates, you know?

The heart of the movie reveals itself at the film’s midpoint when John Rzeznik’s “I’m Still Here” fades in. We watch our hero Jim Hawkins begrudgingly train under the surly John Silver. We watch them bond as the young punk begins to prove his worth, and the reluctant mentor becomes the proud father figure. After each of these moments, we are given a glimpse into Jim’s childhood: his love of the stars, his thirst for adventure, his dreams to explore it all. But then the song transitions into a bridge, and the memories take a turn for the worse.

We watch as a young Jim races down the stairs, past his crying mother, and out the door as his father sails away forever. It’s absolutely devastating, kind of like Rogue Galaxy.

I honestly can’t separate these two works in my mind. To be fair, they’re both stories of edgy teens being adopted by a group of silly pirates as they are called to adventure amongst the stars and ultimately save the universe. You could say they’re pretty similar. They’re also both littered with examples of found family: the idea of choosing the people in your life that deserve to be called family. It’s an idea that means a lot to me, and every crew member aboard Rogue Galaxy‘s Dorgenark has something to teach us about it. I’ll choose three.

Full disclosure: I’m gonna have myself a few cries along the way.

Knowing Where to Look: Jaster Rogue

It probably makes the most sense to start with the game’s hero, Rogue Galaxy‘s very own take on Jim Hawkins. His actual name is Jaster Rogue, but come on? We know better.

Much like Jim, Jaster is a young man trapped on a small world, dreaming of something more. In Jaster’s case, he’s stuck on the desert planet Rosa with Raul, the local priest and Jaster’s adoptive guardian. Jaster spends his days looking to the sky and wondering what adventures might lie out there. Fame? Fortune? The secret of his own parentage? He wants the chance to discover it all for himself, and he finally gets that chance when he meets the mysterious hunter “Desert Claw.” See, old Clawsy gives Jaster a pretty famous sword, and visiting pirates take that sword to mean Jaster is the famed hunter himself. It’s quite silly, but it’s also Jaster’s ticket off Rosa, onto the Dorgenark, and out into the universe.

Problem is, Jaster should be looking closer to home. He’s so enamored with the mystery of his lineage that he fails to see the father he’s had all along: Raul. Raul raised him, protected him, and loved him, but Jaster can’t see it. Instead, he looks for his mother. It turns out she’s a magical alien that passed away long ago. He looks for his father. It turns out he’s Desert Claw, but Claw is a bit of a deadbeat. He searches the entire universe for answers only to find his truth back on Rosa, but it’s too late. Rosa is attacked, and Raul is fatally wounded. It’s only then, holding a dying Raul in his arms, that Jaster finally sees his father for the first time… and the last.

Yep. Hoo boy. Okay, that’s cry number one. Even if we are lucky enough that family finds us, we must do the hard work of loving them back. Jaster does. He mourns, he lashes out, but he also learns to hold onto the family he has left. That’s the Dorgenark, and he will quite literally follow them to the ends of the universe.

To Love and Be Loved: Simon Wicard

Okay, that was pretty rough, so let’s get back to business. Simon! Surely this adorable Scotsman that fights with a rocket launcher will teach us something a tad cheerier, right?

Wrong. The accent? It’s a necessity, a thematic means of expressing himself behind a mask. The rocket launcher? It’s a somewhat distasteful allusion to his tragic past. Simon’s real name is Sho, and he was once a family man on the technological metropolis of Zerard. He lived a peaceful life with his wife Miyoko and young daughter Chie until a massive explosion at his plant left Sho’s face scarred and his psyche damaged. He could not bear the sight of himself, and he couldn’t imagine a world where his family accepted those scars. He decided to leave, donning the mask and the moniker as he fled aboard the Dorgenark.

That’s pretty messed up, right? I imagine we all see what went wrong here. Simon saw himself as less-than, someone whose physical scars corrupted his inner beauty. However, this self-loathing is so pervasive that Simon hides himself even as Miyoko and Chie literally scour the universe for him. They love him, and they’re searching every planet to prove it. Even so, Simon can’t surmount his fear of rejection. He needs the Dorgenark to get there.

With every adventure, he grows closer to the crew, more capable, and more sure of himself. With time, that family he finds aboard the Dorgenark is enough to lift him up, out of his misery and back into the arms of his wife and daughter. For Simon, it’s not about choosing blood or crew; it’s about learning to love himself and be loved in return. Whoops. Okay, yeah, that’s cry number two. Pushing through it.

I’m not even going to pretend this time. It’s sad. Even the half-dog man has it ruff in Rogue Galaxy.

Deego was once a celebrated Longardian soldier alongside his best friend, Gale Dorban. They were found family, brothers forged in fire that trusted each other more than anyone. It didn’t last. They were betrayed, unknowingly sent to assassinate children by the very federation they had given their lives to. Deego loses everything amidst that chaos: his arm, his honor, and even his brother. See, both men are devastated by this event, and each goes their separate way in a fleeting attempt to cope with the trauma. Deego sinks into the bottom of a glass, drowning his sorrows with alcohol and the attention of barkeep Angela. Gale goes even darker. He commits himself to the low road in order to stop the war, but he loses himself in the city’s underbelly along the way. They meet again. They clash. They part forever.

Sometimes finding your tribe isn’t the end of the journey; sometimes it’s a stop along the way. In meeting Jaster and the gang, Deego finds purpose once more when he realizes he has an opportunity to regain his long-lost honor. We get to see Deego slowly heal alongside a new family, rebuilding himself into a [dog]man deserving of Angela’s love and respect, but also a man deserving of self-respect. He may have lost his friend and brother, but he gained a family.

That’s not to say losing Gale was a necessary evil; it was a tragedy plain and simple. Yet it wasn’t the end, either. The search for family can be long and twisting, and Deego reminds us that our biggest losses might just be a stop on the map. The search can begin anew. What a good boy.

These stories are anything but simple. That’s the somewhat sombre appeal of found family — it’s joy born from sadness. Just think back to John Rzeznik’s “I’m Still Here.” Honestly, when am I not thinking back to John Rzeznik’s “I’m Still Here?” We are crushed as the song comes to the bridge and Jim loses his father, but the song isn’t over. Instead, it crescendos as we cut back to John Silver reaching his hand out to a young man that deserves a dad. The song goes on.

We’re all listening to that song, but it’s going to be different for each of us. Maybe like Jaster you think your song never began, when it was gently playing in the background all along. Maybe you’re a Simon who just needs to listen again. Maybe you’re even a Deego or Jim, whose song crescendos right as the bridge mixes things up. You might be none of those, and that’s okay too. Rogue Galaxy reminds us that the task of finding family is long and fraught with hardship, but it also insists that the treasure is worth it. We may not have a map to mark that journey, but we are not alone either. We have a song to guide us. We just need to listen.