Finding My Persona Through Persona 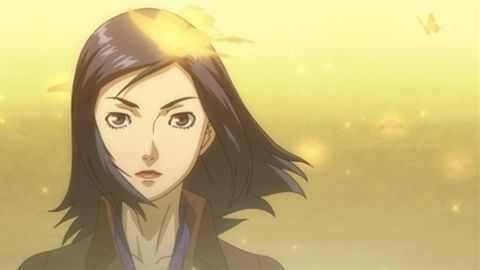 It is all too common to find stories and articles about the negative impacts of gaming and the adverse effects it has on peoples’ lives, especially regarding interpersonal communication. How many people have angrily shouted at children or partners so engrossed in a game that they tuned out the world? Well, I am here to share a story of how an RPG actually had a positive effect on my life and some key “real world” interactions. The Shin Megami Tensei series, particularly Revelations: Persona and Persona 2: Eternal Punishment, actually improved communication between me and my parents and helped me appreciate my identity.

What do I mean by that? A little context, if you will. I am of Indian descent, I grew up in a Hindu family, and like many kids in my peer group whose parents emigrated from India, I was a bit of a self-hating Indian. It was hard being the weird foreign kid in a mostly white neighborhood and feeling inferior because of I did not share the same heritage and cultural values as the other kids. It got frustrating trying to explain that I’m not Indian “like an Apache” but “Indian from India” and being met with blank stares. It made me resent my unique identity and I wished that I was a normal white American kid, so I wouldn’t have to deal with that.

I wasn’t quite as angry and rebellious as my other Indian peers who completely loathed going to temple, defied their parents at every turn, and overtly acted out. However, I did want to just be a normal white American kid like everybody else and not stick out like a sore thumb. I got into massive conflicts with my parents because I always questioned the point and relevancy of the Indian cultural values and precepts they tried to instill in me. Being a proper little typical Indian boy had zero appeal to me. It just didn’t seem cool to me, and I felt that it prevented me from fitting in. I imagine that this was especially hard for my parents, because they did not know how to deal with this unique kind of cultural identity crisis from a smart-alecky, backsassing, “why?” kid like myself. They were not only trying to establish a foothold on this foreign American culture, but trying to establish a foothold on being parents. Talk about a double whammy.

The point is that I fought against my identity, I contested the Indian values of my parents, and I grew bitter and sour inside. I thought that anything that had to do with India, Indian culture, and my parents’ ideals was stodgy, old-fashioned, and generally pointless and irrelevant to my modern American life. (Although truth be told, I did enjoy the comics about Hindu mythology from Indian comic publisher Amar Chitra Kata. What kid doesn’t like comics? And these were cool to me because they were different from the American comics I was used to. People actually died for real!)

As the cartoon Gargoyles made Shakespeare relevant in a modern context, so did this game for Hinduism. Even with the botched localization, I caught the various references to Hinduism and thought, “Oh yeah, I remember hearing about this as a kid.” I was fairly new to the RPGFan forums at the time as well, and when another Persona fan briefly mentioned something about one of the Hindu deities in the game, I was able to fill in the gap a little bit because it was information I reluctantly grew up with. When he asked for more information about some of the deities and mythology, my first instinct was to ask my mom, since some of what he wanted to know was beyond my knowledge.

That summer, I was more willing to go to temple, listen to my mom tell the stories about the deities, and I started asking more questions about Hinduism. My mom did not initially believe that a Japanese video game had sparked a newfound interest in the family’s culture and heritage, but she wasn’t going to knock anything that was actually making her son take an interest in his roots that he never had before.

But a chance encounter while I was playing Persona 2: Eternal Punishment made this phenomenon more real to my mom.

My family and I were off from work for Christmas, and I used that day off to play my newly-procured copy of Persona 2: Eternal Punishment. My mom passed by while my battle party was talking to some Gandharvas and she asked me, “Does that say Gandharvas?”

“Would you like me to tell you more about them?”

My mom then told me about Gandharvas; about how they and their wives, the Apsaras, were beautiful divine beings whose incredible musical prowess entertained the gods. They also served a greater role as liaisons between the humans and the gods. I thought it was really cool, and not only did I start asking questions of my parents and extended family about mythology and theology, but I also visited local and university libraries more often to expand my knowledge about belief systems elsewhere.

When I played other Shin Megami Tensei games, like Shin Megami Tensei: Nocturne, I showed my mom the in-game compendium. She was impressed by how accurate the Hindu references were, seeing so many figures from world mythologies she was unfamiliar with, and rather liked artist Kazuma Kaneko’s stylish interpretations of the mythological figures as well. That a video game brought relevance to cultural icons I rejected as a kid (because they were “weird”) but were so important to my family opened a door of communication between me and my mom. She even used my love of “those epic fantasy story games” (namely RPGs) to encourage me to read Mahabharata (which I’ve barely scratched the surface of; that epic is truly epic).

Over the years of my adult life, I have grown to embrace my unique cultural heritage, adore Indian food (I used to dislike it, but it’s comfort food for me now), seek out Indian music, look for comic books by Indian writers, and learn more about the mythology and culture of my family’s homeland. I’ve even discovered urban legends and myths that stemmed from regions of India that my parents were unfamiliar with. The point is that thanks in part to a video game, I have developed a healthy love and respect for my cultural identity and a great curiosity too. I want to know more, I want to ask questions, I want to connect with extended members of my family and honestly discover my roots. I have a better relationship with my parents than I ever had growing up, and I see the wisdom and relevance of the values they hold dear. Maybe the “old country” isn’t so old after all. I am no longer a self-hating Indian. I have ethnic pride. I love being Indian.

And the spark that set this all off was Revelations: Persona and the Shin Megami Tensei series. Revelations: Persona‘s blend of ancient mysticism made relevant within modern trappings impacted me in a profound way, allowing me to accept and eventually embrace my identity, my parents, and my culture. I never thought a video game would have this kind of impact on my life, but it did and that is why I hold it, and its mother series, so dear.